3 UFC Light Heavyweights That Will be Ranked in 2023

By Benjamin Zeltser
Tuesday, January 3, 2023, a month ago

The strongest candidate to earn a top 15 spot in the UFC at 205lbs is, without a doubt, Azamat Murzakanov. The 33-year-old Russian holds an undefeated 12-0, with two UFC finishes against Tafon Nchukwi and Devin Clark. Despite a stocky 5’11” frame, Azamat’s quick hands and explosive movement are a problem for any 205er on the feet, especially with a well-tested chin and a takedown threat. On the ground, Murzakanov is most likely looking to pummel his opponents but will also optimistically look for submission if the opportunity presents itself. Azamat deserves the next opportunity to crack the rankings with his fan-friendly style and clean record and should fight Dustin Jacoby in his next bout. Murzakanov in his knockout win against Devin Clark. Photo by Jeff Bottari (2022).
ADVERTISEMENT

The second candidate to make their way into the top 15 should still be ranked. Dustin Jacoby was robbed in a split decision loss to Khalil Rountree Jr., who currently sits at #15. Jacoby punctuated his place among the elite of light heavyweight division in a first-round finish of Da Un Jung, which had bolstered his UFC record to 7-0-1. That first UFC loss has only marginally set him back, though, and with a lack of depth at 205, he should soon get a chance to rejoin the rankings. While we rarely see immediate rematches in MMA, fans should be clamoring for Jacoby and Rountree to run it back. 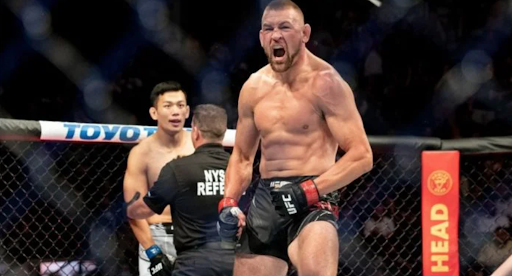 Jacoby after stopping Da Un Jung in 2022. Photo by BJPenn.com.

Carlos Ulberg is coming in hot with an exciting three-fight win streak to take the last spot on this list. After losing his UFC debut to Nzechukwu mentioned above, Ulberg has been able to will his career back on the right track. The former kickboxer from New Zealand has tremendous power, with his only loss coming through gassing out. Ulberg has since taken a more measured approach in his striking, showing an adept ability to keep the fight standing to avoid entering uncharted territory on the ground. While Ulberg undoubtedly has holes in his game in the grappling department, the “Black Jag” is marketable because of his good looks and will surely get his opportunity to rise into the rankings. At 205, his grappling deficiency might not matter; the loser of Paul Craig and Johnny Walker could see Ulberg as their next opponent. 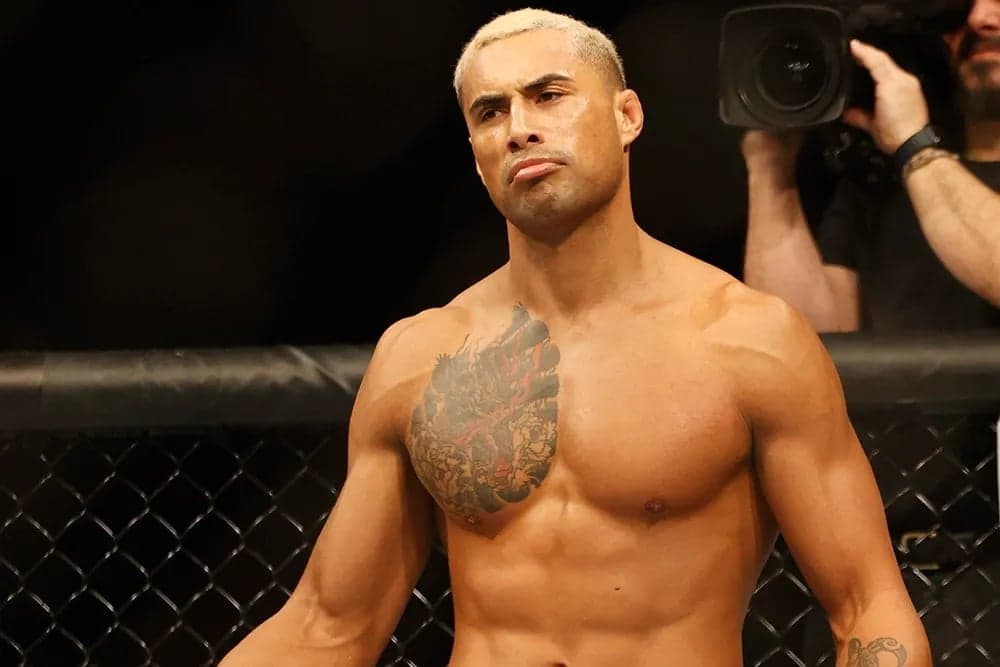 Ulberg during his win over Fabio Cherant in early 2022. Photo by Troy Taormina.
ADVERTISEMENT

The first spot amid the honorable mentions belongs to Alonzo Menifield, who has collected a solid 6-3 UFC record and a two-fight win streak. “Atomic” Alonzo is scheduled to fight 14th-ranked Jimmy Crute (who now insists that we call him Jim), giving him the most direct opportunity to break into the rankings among the fighters on this list. Menifield’s power is evident, translating into five first-round finishes in the UFC alone and an eight-second finish on Contender Series. Crute will return after over a year on the shelf, following a difficult 2021 in which he was finished twice. Regardless, confidence in Crute’s ability to keep his spot in the rankings remains high in the MMA community, given his well-rounded fighting style with finishes on the feet and the ground. The Aussie will receive plenty of hometown support when he fights Menifield in Perth in February, and with plenty of time off, we will likely see Crute hold his spot in the rankings against “Atomic” Alonzo. Menifield after destroying Askar Mozharov in the first round via TKO. Photo by Chris Unger - Zuffa LLC.
ADVERTISEMENT

Kennedy Nzechukwu would probably be a few more fights away from a number next to his name if it weren’t for Lady Luck, who somehow orchestrated a scenario in which he would end up headlining a Fight Night card. November 19’s UFC fight card was initially supposed to be headlined by heavyweights Derrick Lewis and Sergey Spivak. After a last-minute fight cancellation from Lewis’ camp, the card was left with an unranked headliner between Nzechukwu and Ion Cutelaba. Kennedy would finish Cutelaba in the second round, thus saving the UFC card from a week of memes. He should be rewarded for an outstanding performance in a high-pressure situation. Kennedy’s 6’5” frame presents an issue for any opponent, and Fortis MMA coach Sayif Saud has spoken volumes about his pupil. Kennedy’s best bet is to let the division play out for the next few months, with a potential opportunity to get ranked toward the second half of 2023. Nzechukwu in his recent win against Ion Cutelaba. Photo from MMA Fighting.

Many of the fighters on this list found their way into the UFC through the Contender Series, and the first 2024 prospect is no different. Vitor Petrino made his presence known in the most recent season of DWCS with a vicious knockout of a formidable opponent. The Brazilian sat undefeated at 7-0 and was initially scheduled to debut on December 17 before his opponent pulled out. Regardless, Petrino should make his debut soon, and the UFC has high hopes for this surging knockout artist. 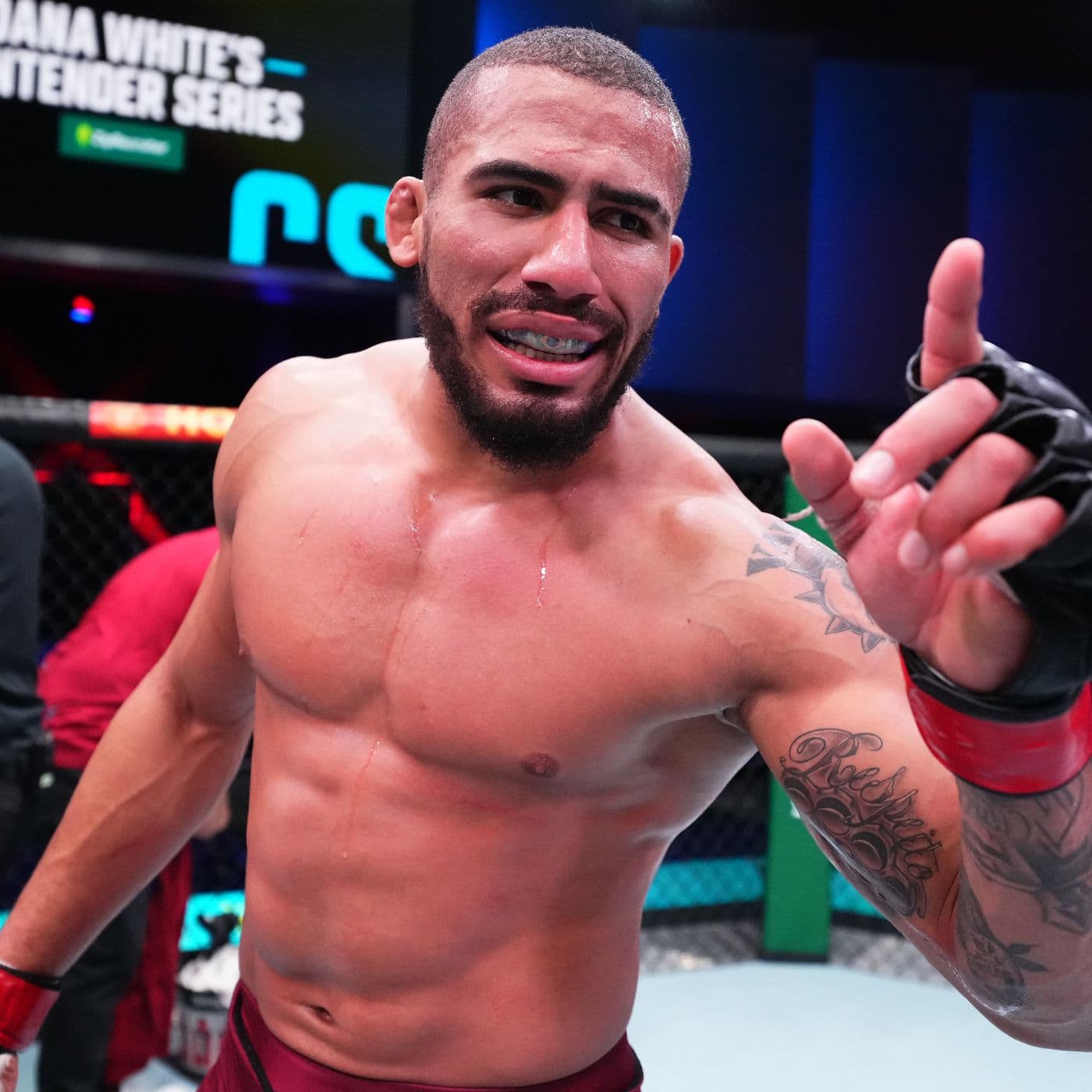 Petrino after his contender series KO. Photo by MMA Fighting.

It was tempting to place Tyson Pedro higher on this list, but based on the opponents that UFC has fed him since his return to the sport, it seems more likely that he will take a slower approach to fighting high-level competition. Since returning from knee reconstruction surgery, Pedro has made quick work of two fighters no longer on the UFC roster. His next scheduled bout will occur in Perth against Mingyang Zhang, a Chinese debutant with chokes and knockouts on his record. Pedro should finish Zhang with the hometown support behind him, which would set him up perfectly for a return to the light heavyweight rankings. With wins against Paul Craig and Khalil Rountree, it could serve him well to call for a rematch against one of the fighters who now find themselves ranked above him. 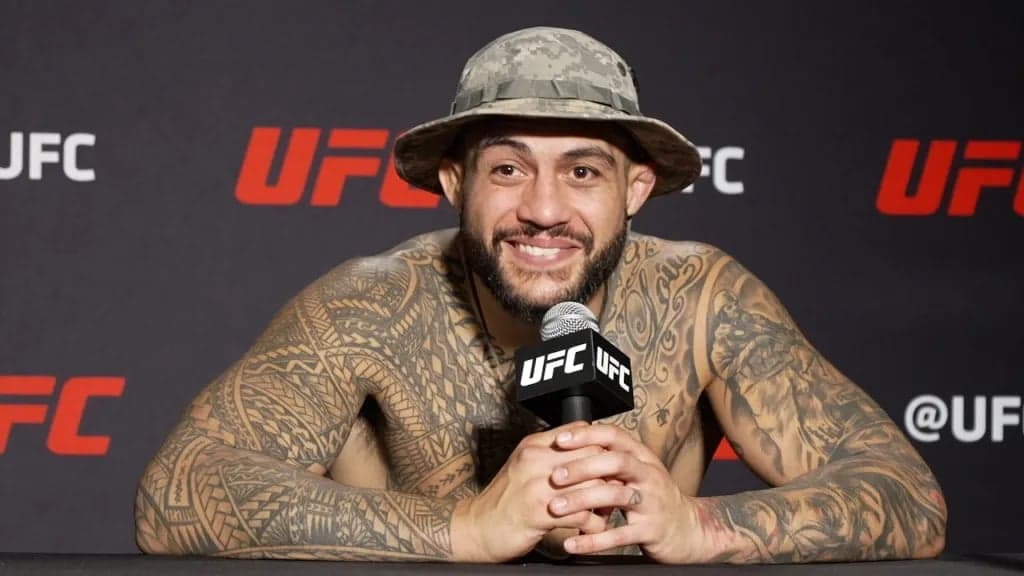 Jailton Almeida has the potential to navigate through the two heaviest divisions the same way that Khamzat Chimaev and Kevin Holland do with 170 & 185. He made the top three in the heavyweight list, given that he will prioritize that division. Still, Almeida presently seems to have zero weaknesses and would seemingly have no issue making weight. Even before his recent catchweight fight, Almeida weighed in at 224 lbs for his heavyweight bout against Parker Porter, likely indicating that he walks around at around 235 lbs. He could run into some problems at heavyweight when he faces some of the more highly skilled fighters who walk around close to the limit, like Tai Tuivasa or Derrick Lewis, which could then prompt a move back down to LHW. Regardless, it’s almost guaranteed that Almeida is not finished doing damage at 205. Almeida is a scary prospect in two divisions. Photo by Chris Unger/Zuffa LLC
HOME OF COMBAT
Submit picks and score rounds with the Verdict MMA app.
Download on the App StoreGet it on Google Play