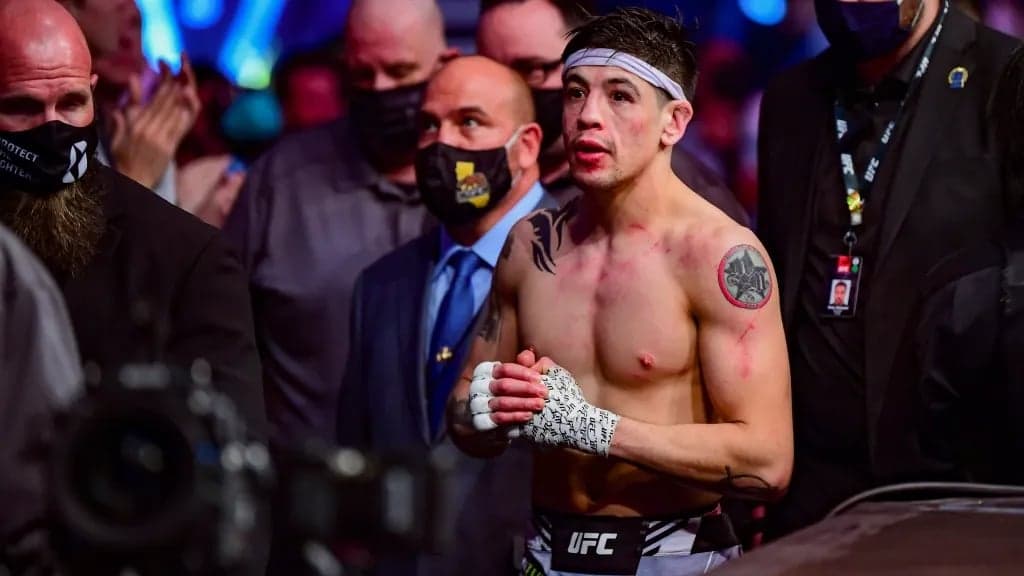 The UFC Flyweight Division has seen a rapid rise in recent years. A division once touted to fail and close to dissolving back in 2018, has since been fuelled by the emergence of many new talented fighters. This division has revolutionized mixed martial arts in the UFC with its commitment to the lighter weight classes. The flyweight division has never been as competitive and exciting as it is today and has a chance to become one of the most competitive and entertaining divisions in the organization. With this being said, let’s take a look at 5 fights to make next in the UFC flyweight division. 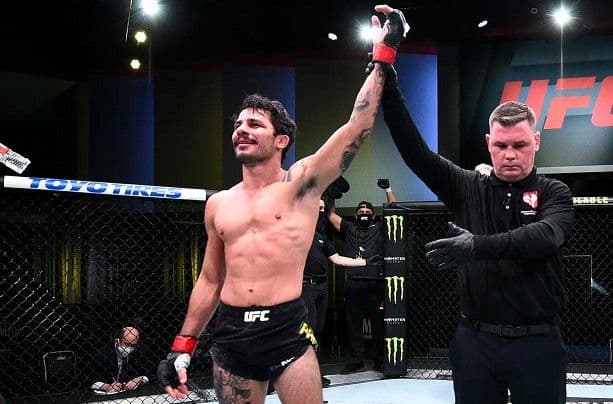 Pantoja makes him claim for the next title shot. Credits to: Chris Unger/Zuffa LLC

Figueiredo and Moreno finally settled their four-fight rivalry at UFC 283 Naturally, fans will already begin to wonder who is next in line for the UFC gold in the flyweight division. With their fight record going into the teratology of 1-1-1, it would be fair to assume that this could be the ending to one of the greatest rivalries in the flyweight division. A doctors stoppage due to an eye injury saw Brandon Moreno become a two-time world champion.

Alexandre Pantoja was not only the official backup fighter for this bout, which is a good indicator of who the UFC see as their next contender but Pantoja and Moreno traded pleasantries after the fight. Moreno said at the UFC 283 post-fight press conference Panjoja asked “When is our fight?” “The Cannibal", with a 72% finish rate and a current 3-fight win streak in the UFC has already fought Brandon Moreno before.

The first meeting came in an exhibition match for TUF 24 back in 2016. Pantonja showed why he was the number one seed of the series by submitting Moreno in the second round. The duo was destined to meet again two years later with Pantoja coming out victorious again, this time via a majority decision. This loss in 2018 saw Brandon Moreno cut from the UFC. After a knee injury kept Pantoja out of a title fight and a potential third meeting inside the octagon with Moreno in 2021.

Pantoja later returned and made quick work of Alex Perez with a first-round submission win back in July of 2022. With a record of 25-5 and renowned wins against Manel Kape and Brandon Royval. Pantoja has proven to be the cream of the crop in this division. Pantoja is a well-rounded fighter who poses a significant threat to any opponent. He has a solid grappling game and great striking skills. He can finish a fight on the feet or the ground, making him a tough challenge for any opponent. With the spotlight of the division being on Moreno and Figueiredo for the last couple of years, it seems like Pantoja is the perfect candidate to give some of the shine next. 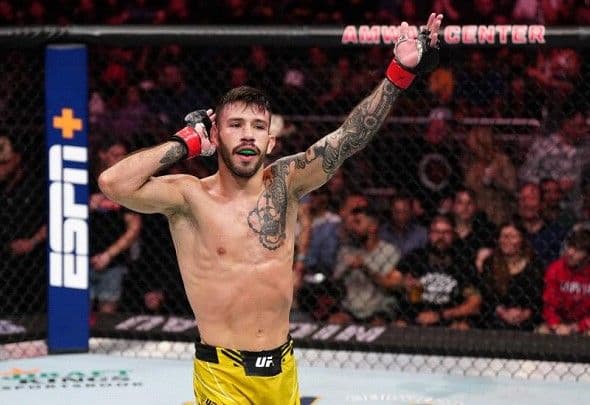 If you are looking for a high-stakes matchup and thrilling action a potential fight between Matheus Nicolau and Brandon Royval then look no further. Matheus Nicolau Pereira has put the division on notice since re-joining the UFC. With a current 6-fight win streak and 4 straight wins in the UFC against notable opposition in; Matt Schnell, Manel Kape, David Dvorak, and Tim Eliott it would be fair to assume that Nicolau could very well put himself into the title picture with another victory.

Brandon Royval on the other hand has proven on numerous occasions that he is the real deal. Most notably with a submission win of Kai Kara-France back in 2020, Royval has since been hovering around the top of the division. With a shared victory over most recent opponent Matt Schell, both Nicolau and Royval would make for a very interesting match-up based on their respected fighting style, both men look for the finish and are exceptionally durable. This fight could certainly be the big fight both men need to make a big statement. 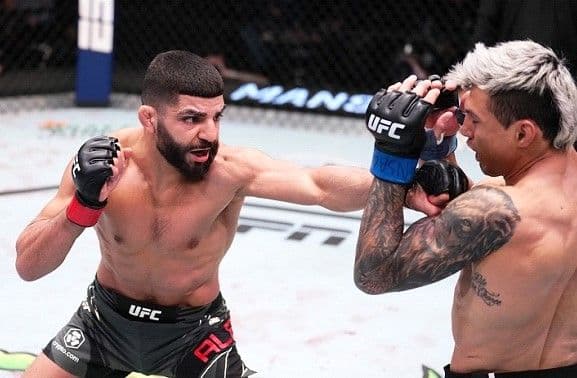 The UFC is always on the lookout for exciting new matchups, and a potential bout between Amir Albazi and Kai Kara-France would certainly fit the bill. Amir Albazi, the Iraq national, is one of the unique fighters who when you watch him, seems to profoundly improve after each fight. Highlighted by his most recent KO victory over Alessandro Costa which saw him climb the rankings to #7. Albazi has been on the radar of the division for a while with other notable wins against Zhalgas Zhumagulov, Ode Osbourne, Malcolm Gordon, and Francisco Figueiredo.

Coming off a loss for the interim championship against Moreno, Kara-France will be keen to get back into the winning column against a strong opposition. His win over wrestling heavy Askar Askarov and viral knockout of Cody Garbrandt not only pay credit to his incredible kickboxing ability but his grappling too. This fight would be a great opportunity for one of them to establish themselves as the top contender in the flyweight division. 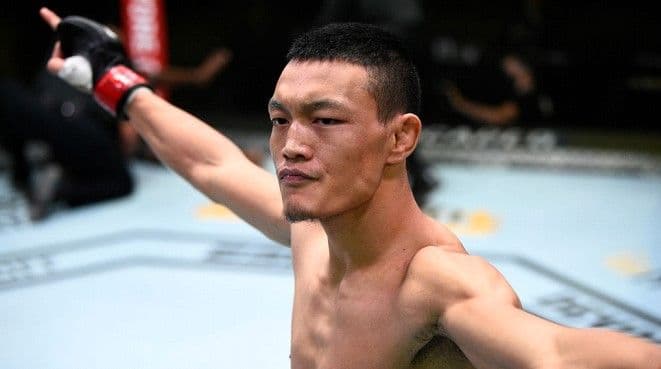 Ranked #10 and #12 respectively both of these fighters will be eager to get back to winning ways. Mudaerji holds a record of 16-5 with impressive wins against Zarrukh Adashev and Malcolm Gordon. Not to forget how close he came to finishing Matt Schnell in his last fight, but ultimately succumbing to a triangle choke late in the second round of what was nothing short of a classic for the time it lasted.

On the other side of the coin is David Dvorak, on a two-fight losing skit, after three straight UFC victories including wins over Jordan Espinosa and Juancamillo Ronderos. Both men have proven to be dangerous opponents and will not be put away easily. This fight makes a lot of sense to see who is ready to leapfrog themselves up the UFC rankings. 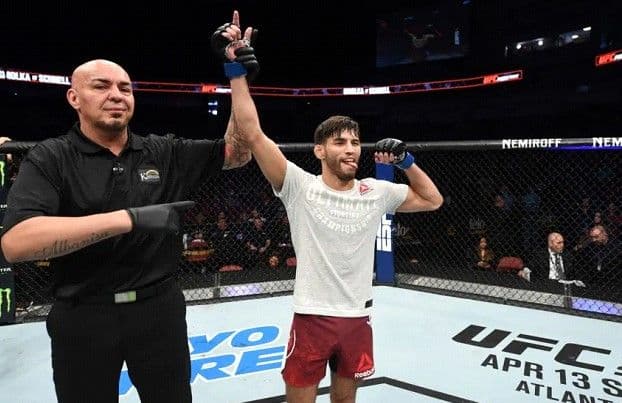 Matt Schnell suffered a KO loss to Nicolau in his last bout, but won over many new fans in his fight against Su Mudaerji. Still ranked in the top 10 sitting at #8. Matt Schnell would be the perfect opponent for Tagir Ulabekov to test himself against after his most recent victory over Nathan Maness. His loss against Tim Elliott came as a small setback for the fighter from Dagestan. He will have his eye on proving himself against a ranked opponent this time out, with Matt Schnell's no-quit attitude and versatility in his fight game. This fight would be a great show for everyone.

Make sure to leave a comment below about who you would like to see fight next in the flyweight division.