Derek Brunson has fallen out of his matchup vs. Jack Hermansson at UFC Orlando next week and in steps Roman Dolidze per Brett Okamoto.

This fight takes place in the Middleweight (185 lbs) division.

Jack Hermansson holds a professional record of 23-7-0 and is currently ranked #8. His notable wins include Kelvin Gastelum, Jacare Souza, and Edmen Shahbazyan.

Roman Dolidze holds a professional record of 11-1-0 and is currently unranked. His notable wins include Phil Hawes, Kyle Daukaus, and John Allan.

Hermansson's last fight was a clinical dismantling of Chris Curtis at UFC London earlier this year. He put on a striking masterclass and halted the hype of the UFC newcomer. He's competed with the likes of Khamzat Chimaev, Sean Strickland, and Marvin Vettori. Unlike the other two, he faced Chimaev in a wrestling match. 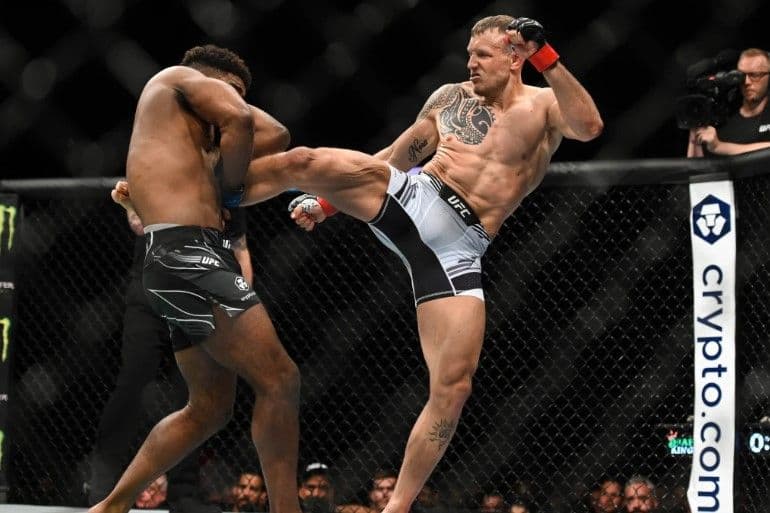 Roman Dolidze has wasted no time in his last two fights, winning both by 1st-round knockout. His last outing was against Phil Hawes, whose knee he tore with a leg lock before crushing him with a 3-punch combo that shut the lights out. His lone loss came to Trevin Giles in a close split decision.

Hermansson has risked it all by taking this fight on short notice, while Dolidze has everyting to gain.