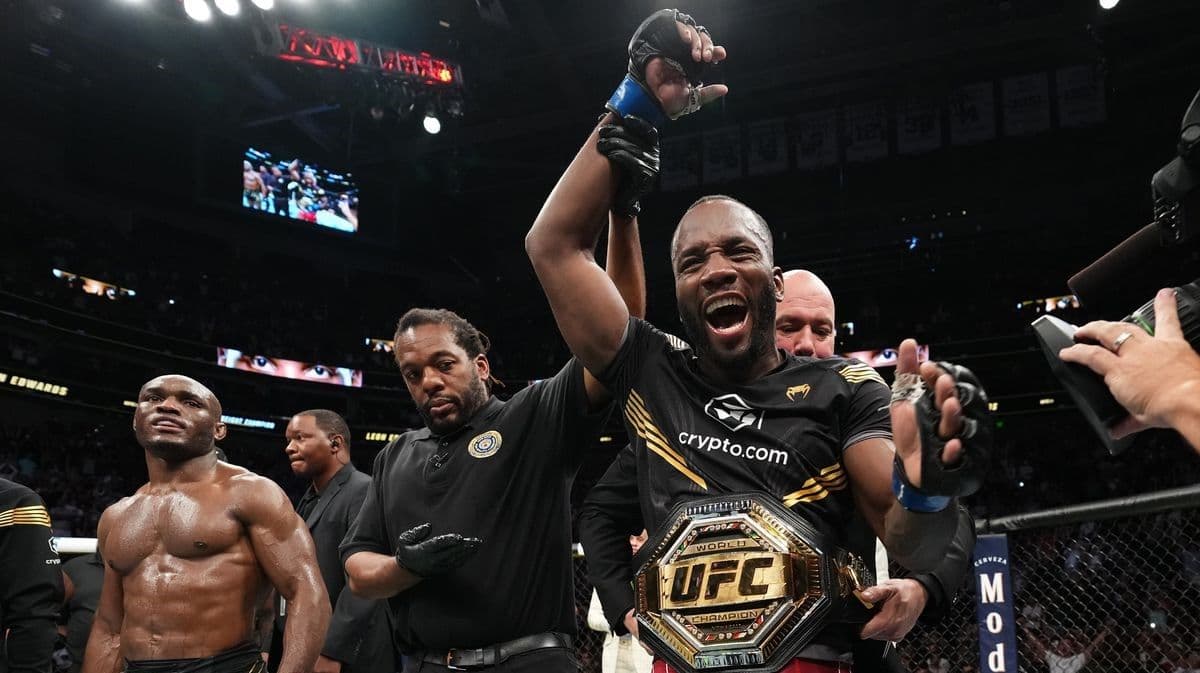 Dana White has announced that the trilogy between Leon Edwards and Kamaru Usman is set for UFC 286 at the O2 Arena in London, England.

This championship fight takes place in the Welterweight (170 Ibs) division.

Leon Edwards holds a professional record of 20-3-0 and is currently the champion. His notable wins include Kamaru Usman, Nate Diaz, and Vicente Luque.

Kamaru Usman holds a professional record of 20-2-0 and is currently ranked #1. His notable wins include Colby Covington, Gilbert Burns, and Jorge Masvidal.

Leon Edwards gets his first title defense in his backyard at the O2 Arena in London after his stunning head-kick knockout to win the title at UFC 278. He is now on a ten-fight win streak, with his last loss still being a decision to Usman. After a long time in the shadows, Leon Edwards gets his spotlight.

Kamaru Usman will get his shot at redemption after suffering one of the most shocking upsets of last year. Before the loss to Edwards, Usman had won nineteen consecutive fights and defended his Welterweight title five times with three stoppages in those fights. There were questions about whether or not Usman would be ready for March, but now that the fight is official, we know he is good to go.

The result of their last matchup was one of the most unpredictable ever. Leave your prediction for their third meeting in the comments below.