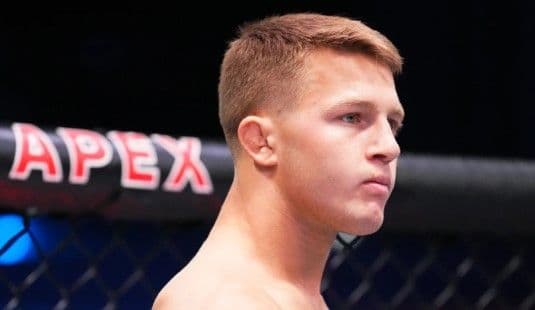 The UFC has continued to saturate its roster, welcoming seven fighters to the promotion in November of 2022.

Marshall is a promising prospect out of New Jersey and is part of the wave of talent flooding in from Dana White's Contender Series. He fought on DWCS 2022: Week 2, one of the most historical nights in the show's history. Marshall beat Connor Matthews by unanimous decision and looked as polished a fighter to ever come off of the Contender Series. He's scheduled to fight Marcelo Rojo the day after publication, at UFC Fight Night: Thompson vs. Holland.

A short-notice signing set to face Cameron Saaiman at UFC 282, Steven Koslow is another undefeated prospect that seemed destined for the UFC. The 10th-Planet product last fought James Dunn in July this year. He won by 1st-round submission.

Bolanos is a Muay Thai specialist with fun striking. Known for putting on a show, the Bellator-grown fighter has a 100% knockout rate. His last fight was another 1st-round KO against Daniel Carey at Bellator 277.

Tereza Bleda was signed to and debuted in the UFC last month. Her first fight was against Natalia Silva. Silva landed a spinning back kick in the 3rd round that ended the fight.

Undefeated as both a pro and amateur, Isaac Dulgarian has his debut set against Dan Argueta in January next year. He earned a contract with a 1st-round knockout over TeeJay Britton early this year, and his 100% finish rate makes him a prospect to keep an eye on.

Fernandes is an LFA standout, going 3-0 in the promotion before being signed to the UFC. Her early career saw her face and defeat Iasmin Lucindo, another highly touted UFC newcomer from Brazil. Her last win was a 1st-round submission over Karoline Martins in September.

Although recently signed, Johns is not new to the UFC with 6 fights already in the promotion. He was briefly removed from the roster due to a positive drug test and has since been re-signed. He's a former LFA champion and even defeated Adrian Yanez for the vacant title.

With three undefeated fighters joining the roster and many more talented individuals, this batch of newcomers has some fighters to keep an eye on.