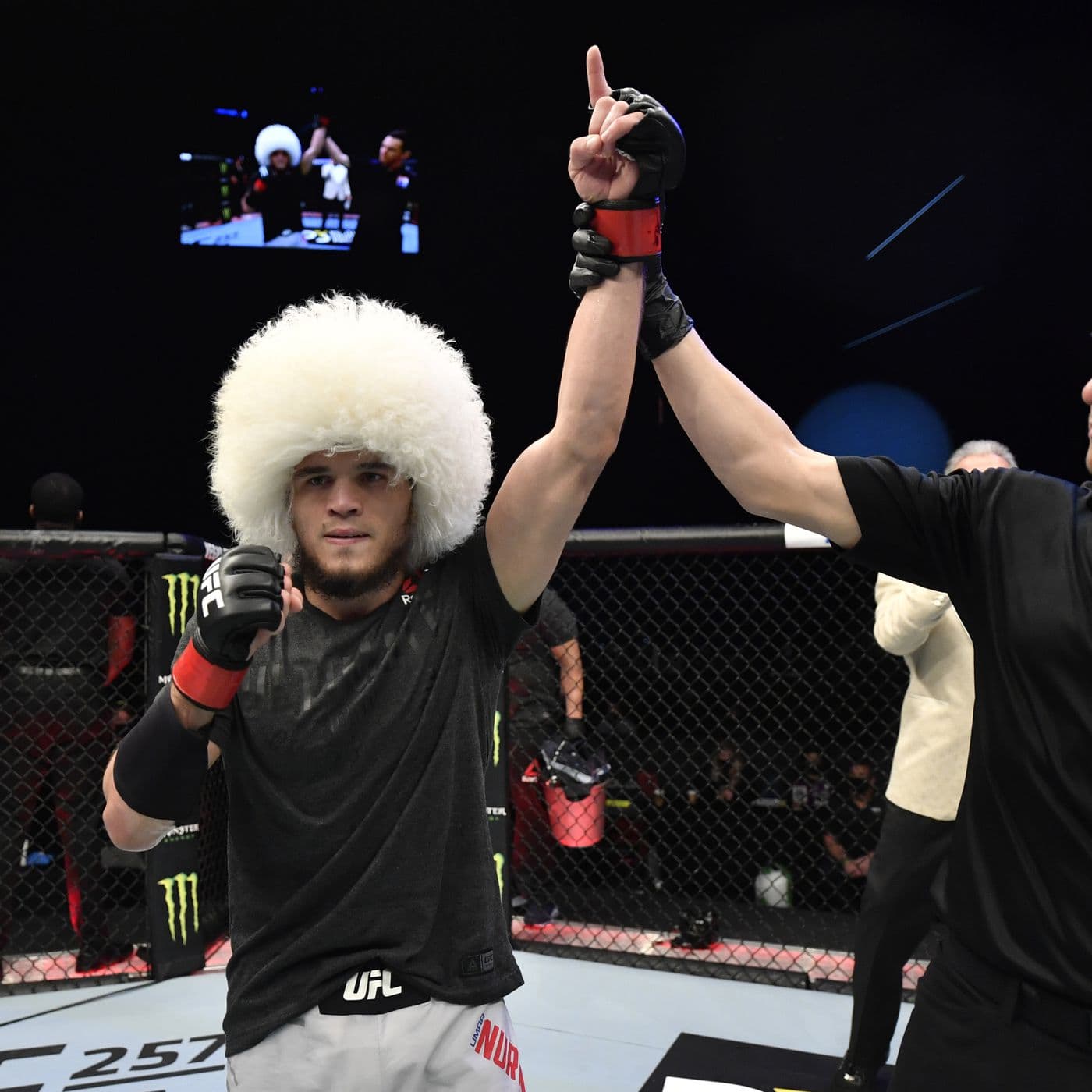 There’s some great action this weekend at the UFC Apex for Fight Night 218: Strickland vs. Imavov. Top-tier Bantamweights Umar Nurmagomedov and Raoni Barcelos open the main card in their battle to climb the rankings.

Umar Nurmagomedov holds an undefeated professional record of 15-0 and is currently ranked #11. His notable wins include Nate Maness, Brian Kelleher, and Sergey Morozov.

Raoni Barcelos holds a professional record of 17-3 and is currently unranked. His notable wins include Said Nurmagomedov, Khalid Taha, and Trevin Jones. 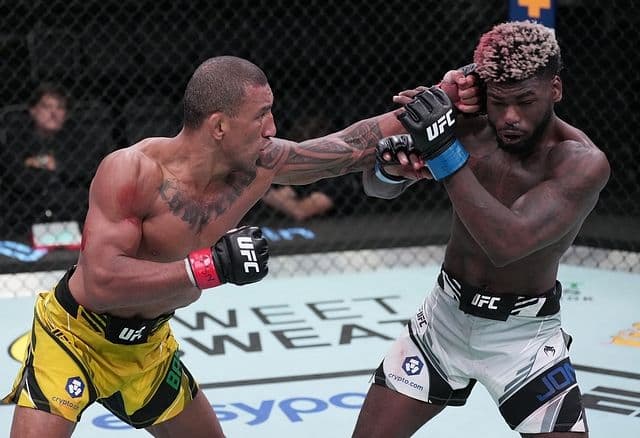 Raoni Barcelos during his fight with Trevin Jones Credits to: Jeff Bottari-Zuffa LLC.

Raoni Barcelos has been held in high regard by many for some time now. He began his UFC career with five straight wins against high-level competition showing off his black belt in Brazilian Jiu-Jitsu and sharp striking. Although he has suffered some surprising losses, he bounced back with a dominant showing against Trevin Jones his last time out, where he was able to out-strike and out-grapple Jones with ease for all three rounds. 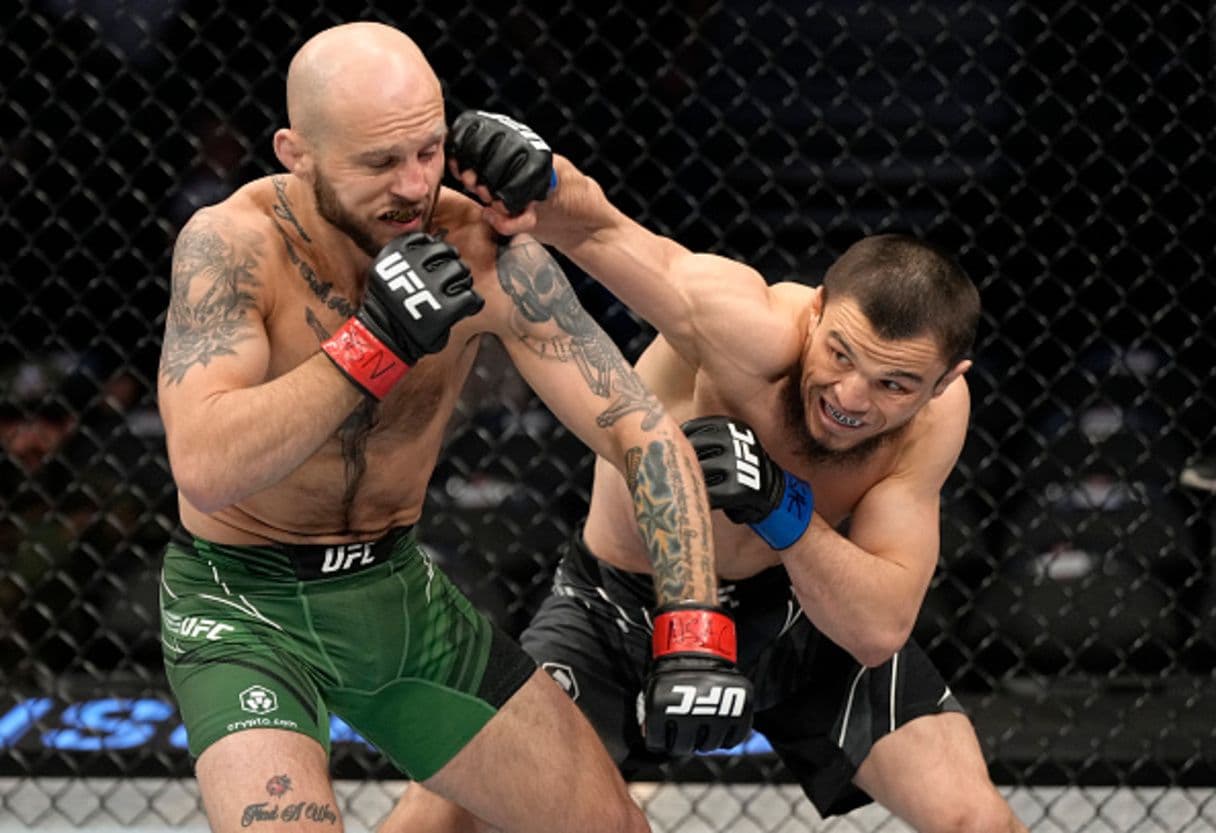 Umar Nurmagomedov during his fight with Brian Kelleher Credits to: Jeff Bottari-Zuffa LLC.

Only a few fighters could live up to sharing a family name with the great Khabib Nurmagomedov. Still, Umar Nurmagomedov has done his best so far, holding an unbeaten record. He has familiarly dominated opponents using high-pressure wrestling to stick on opponents and wear them down before showing his well-developed submission game. His last performance was a shutout over Nate Maness, as Umar kept his distance on the feet using kicks before getting the takedowns and holding dominant positions until the final bell.

Umar Nurmagomedov enters this fight as a big favorite, with many believing he is on a path to UFC gold in the near future. For Raoni Barcelos, this is a chance to prove that he is what everyone thought of him early in his career, as a win here would vault him into another massive opportunity.

Leave your prediction in the comments below!