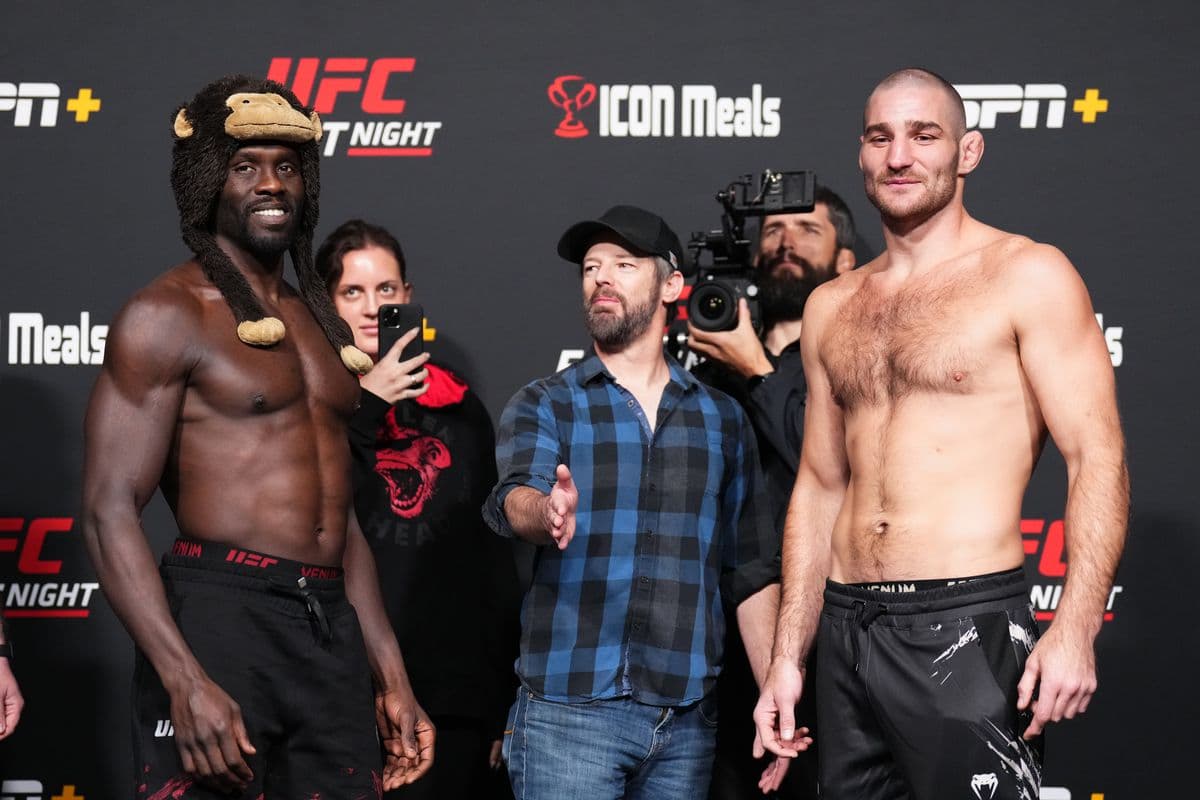 The final UFC main event of the year from UFC Fight Night 216 at the Apex in Las Vegas, Nevada gave us one last scoring controversy to discuss as the scorecards for this fight saw no unanimously scored rounds amongst the three judges cageside. With each round being up for debate, this one has a lot to look at, so let's break it down.

The early stages of this fight featured a lot of Sean Strickland's pressure, and he surprisingly mixed in some grappling to minimal success. The striking was close, with Cannonier being more efficient, but the forward pressure of Strickland mixed with him having a grappling advantage, this round goes to Strickland.

This round saw the volume increased by Strickland, who began to settle in behind his jab and march forward with his trademark one-two combo landing frequently. Strickland was not the only one to turn up the heat, as we did see Cannonier begin to time his right hand and pick up on Strickland's patterns later in the round.

Entering this round, it felt like Strickland's volume outweighed Cannonier's power; however, in this round, Cannonier could find his timing on the right hand and land several hard shots. This was easily Cannonier's best round of the fight and the clearest to score for either fighter.

After the success that Cannonier saw with his power shots, we saw both men have a dip in punch accuracy for this round. The visual of the punches landing was much more noticeable as Strickland would stumble back after eating a big shot when Cannonier did not have the same reaction, which gave him this round.

The final round saw both men land good combinations throughout the round; however, it felt as though Cannonier was getting off the harder shots, and Strickland was trying to catch up by using longer combinations. Overall, Cannonier was able to do more damage which gave him the final and deciding round on my card. 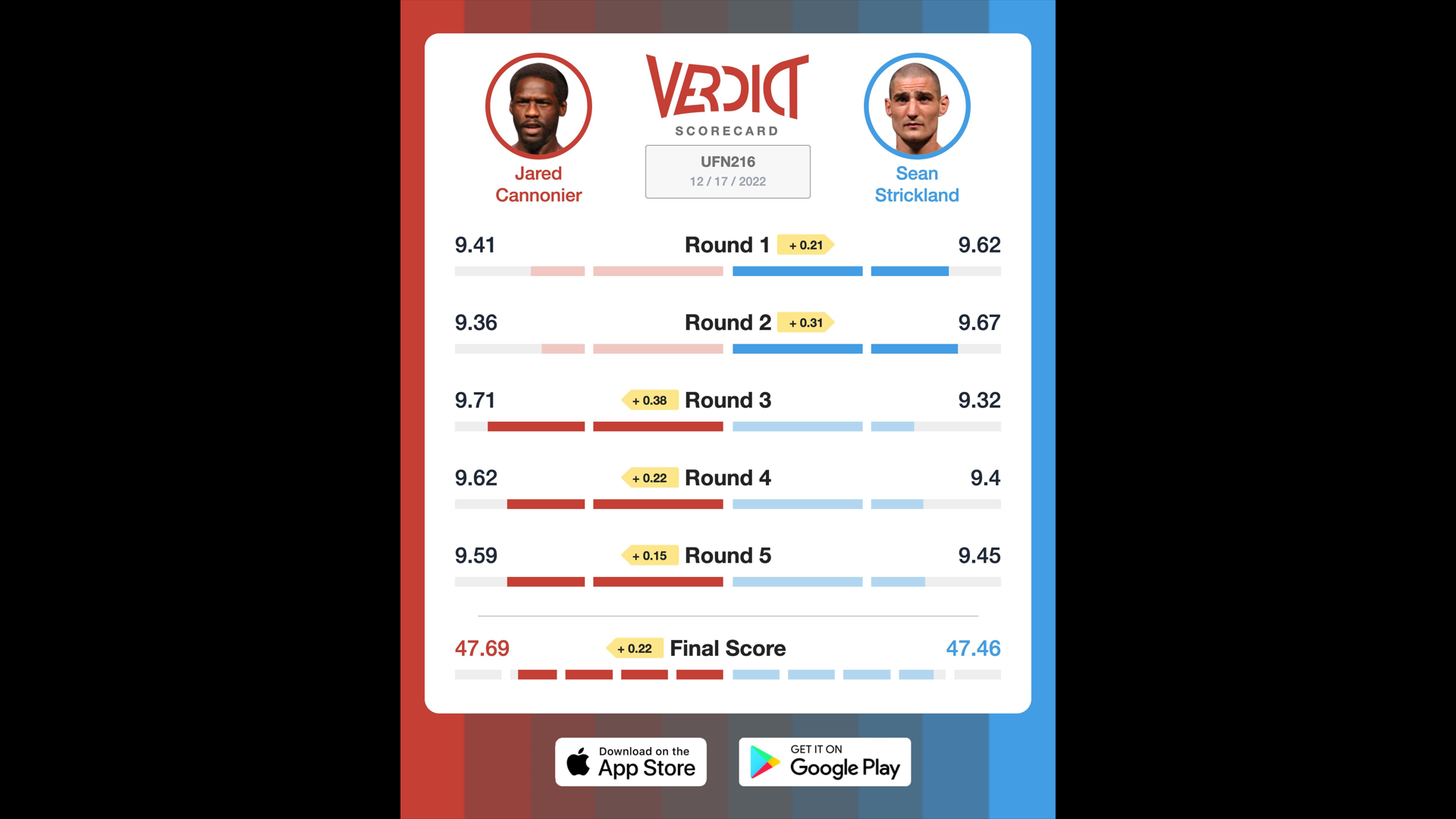 Looking back, did the judges raise the right fighter's hand? Yes, yes they did.

Although Strickland kept good pressure, it was Cannonier landing the more impactful punches throughout the fight.