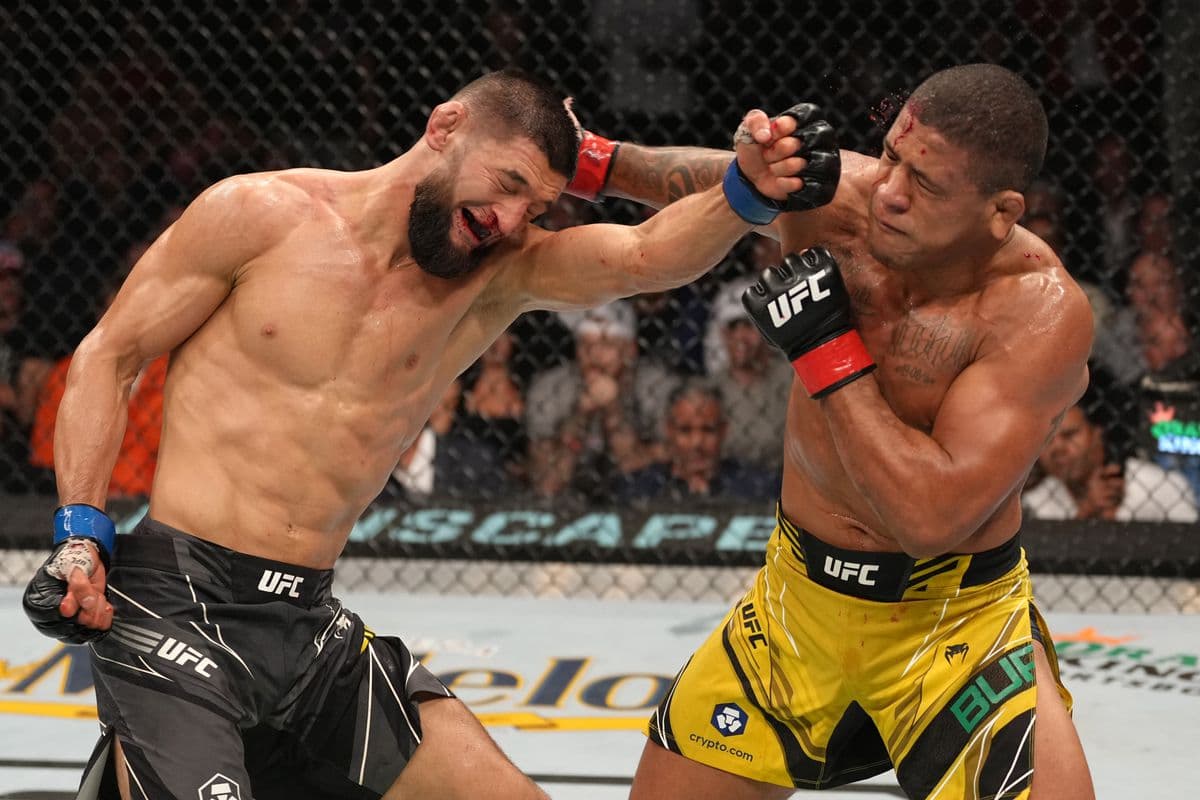 This year we were blessed with a lot of beautiful violence across the world of mixed martial arts, from starting the year with Calvin Kattar putting on a show over Giga Chikadze at the Apex in Las Vegas to Dustin Poirier finishing Michael Chandler at Madison Square Garden in New York City. With all the memorable fights that took place this year, I wanted to look back and discuss what I think were the ten best fights of 2022.

What a display of pure skill this matchup was as we saw two of the brightest young stars in the Lightweight division put on a show for five rounds. In the early going of the fight, it seemed Tsarukyan was the one who had the control time and was winning the striking; however, later in the fight, Gamrot began using his wrestling which helped him take the final three rounds despite a huge spinning back fist from Tsarukyan in the fourth round. The scoring for this fight was close, but Gamrot would leave the Apex the winner that night.

Many questions would be answered going into this contest, and many believed O'Malley didn't belong here as the biggest test we had seen for him was a no-contest with Pedro Munhoz. Not only did O'Malley prove he belonged at the highest level, but he proved he could put on incredible fights when given a willing dance partner as he and Yan traded bombs for three rounds. The early second round featured one of the best exchanges of all time as O'Malley brought the crowd to their feet by backing Yan up with a big shot, only for Yan to counter with a massive right hand that I still have no idea how O'Malley ate and remained conscious. The result of this fight is highly contested, with many believing Yan deserved to be the winner, but the judges gave the official victory to Sean O'Malley.

This Flyweight battle was set up perfectly as a grappler vs. striker matchup, which is precisely how it played out. This fight had a solid start, but it was in the second round of this fight that we saw one of the most unbelievable displays of heart and guts in MMA history, with Matt Schnell surviving massive punches and elbows until he was able to land a takedown and begin to do damage which he did a lot of before securing a triangle choke that put Sumudaerji to sleep. Watching this fight live was a crazy feeling as we all began to question reality as we watched Schnell pound away from full mount after being a zombie just a minute before.

The legendary rivalry between these two men reached a new level this year after UFC 276 set these two up to meet for the third time across two sports, this time at Madison Square Garden in New York City. This fight was a story of its own with so many twists and turns as at the end of round one, it seemed Adesanya had him badly hurt and was close to the finish, but Pereira continued to battle and had success in the striking before eventually landing the concussive blows that would force a stoppage to the contest. After this result, there is no doubt that this fight was not the end of the story between these two, and their rematch in MMA could easily be a contender for this list next year. 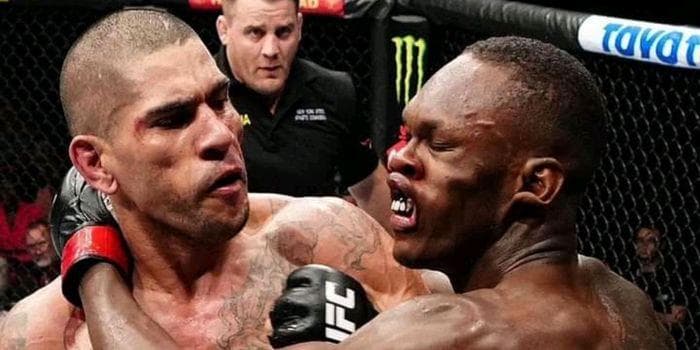 This was a spectacle in more ways than just the fight, as seeing Ciryl Gane headline an event in Paris, France, and leave the fans in awe was an incredible moment for the sport. This being said, the fight itself is nothing to be sold short as we saw Tuivasa become the first man to drop Gane, along with several wild flurries before an inevitable finish, as Tuivasa could not take any more damage from the vicious body attack of Gane. Both men had their stock raised in this incredible main event that will be remembered as the best Heavyweight clash of the year.

In this fight, both men decided they wanted to push each other to the absolute limit and put on a war for the Orlando, Florida, crowd. All week both men had talked about this being a striking match, and it was just that as Holland landed a huge right hand early that wobbled Wonderboy, but he would not be hurt for long as he came back to land repeated straight left hands that had Holland in serious trouble. The fight was called off as Holland broke his hand and took too much damage, but the four rounds of action we got were pure bliss for fans of striking.

This fight started about as poorly as it could have for Nate Landwehr, who looked as though he was about to be finished in round one, but Nate the train had other plans. Round two began, and it became clear that David Onama did not have the cardio to keep going with Landwehr, who took full advantage of this and began putting on a show by pumping up the San Diego, California, crowd in between his flurries that left Onama with just enough strength to land a few shots on Landwehr late as he gave a hail mary that would fall short in the end as Landwehr would walk away with the decision win.

Either of these men against anyone is a guaranteed fight of the night, so naturally, when the two crossed paths with each other, we got fireworks. The first round ended with Poirier nearly getting the finish after landing a huge flurry and forcing Chandler against the cage. Still, Chandler came back with wrestling to dominate the second round setting up a winner takes all third round. In the final round, Poirier was able to secure the back and become the first man to submit Michael Chandler with a rear naked choke. 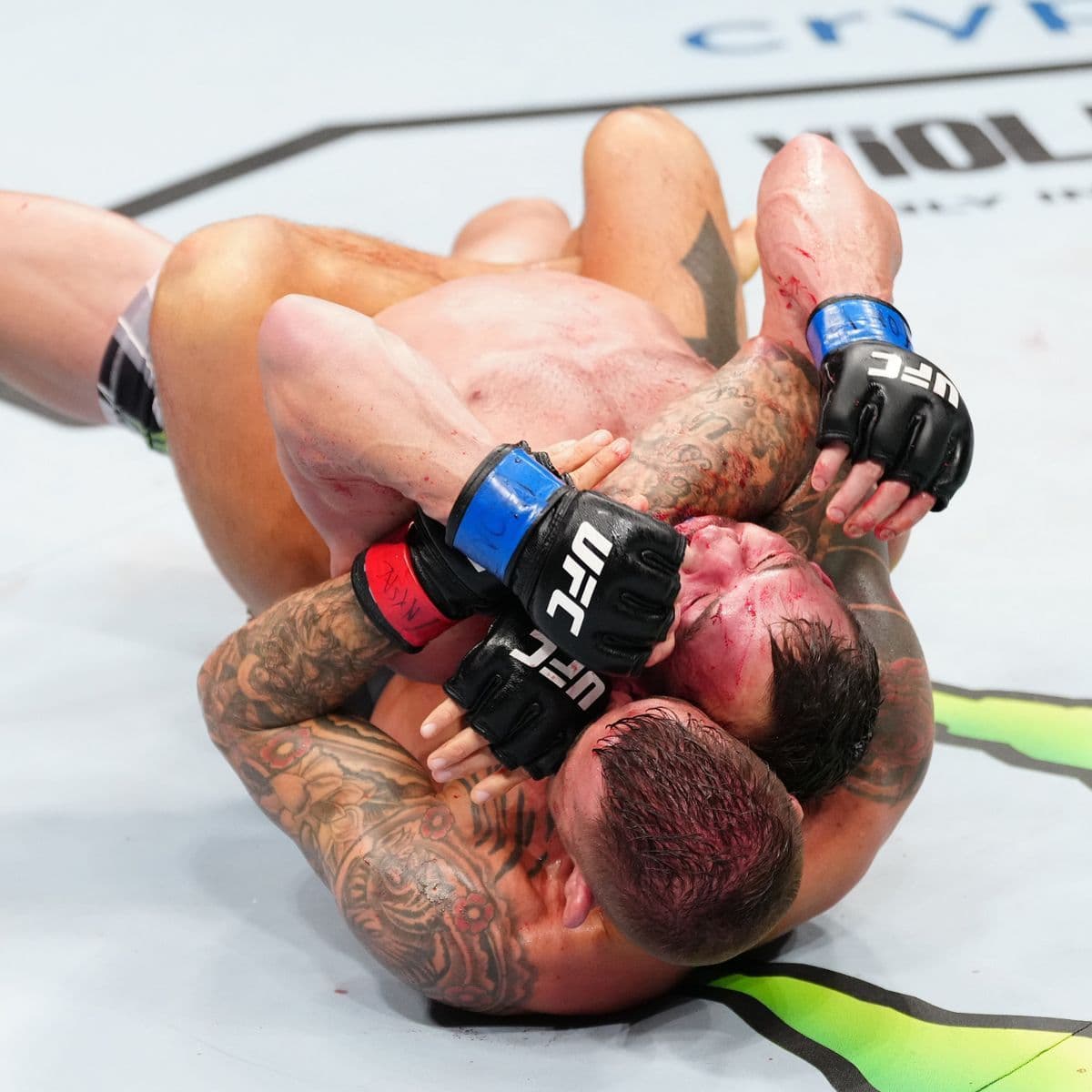 This fight was a true clash of the titans as we saw these two Light Heavyweights land massive blows to each other for almost a full twenty-five minutes. The finish was as shocking as the rest of the fight as just when we began to believe it may go the distance, Jiri was able to grab hold of a tight choke forcing the tap from Glover after being hurt earlier in the round. An immediate rematch was booked for UFC 282 but unfortunately fell through due to Jiri suffering a shoulder injury.

The top spot was tough, but no fight felt like this clash at UFC 273 in Jacksonville, Florida. Both men had their moments in this battle as Chimaev scored early and looked in control until Burns unleashed a monstrous right hand that left Chimaev face down momentarily. Ultimately, Chimaev rallied and put together an excellent third round to steal the fight and keep his hype train rolling while adding a legendary war to his resume. 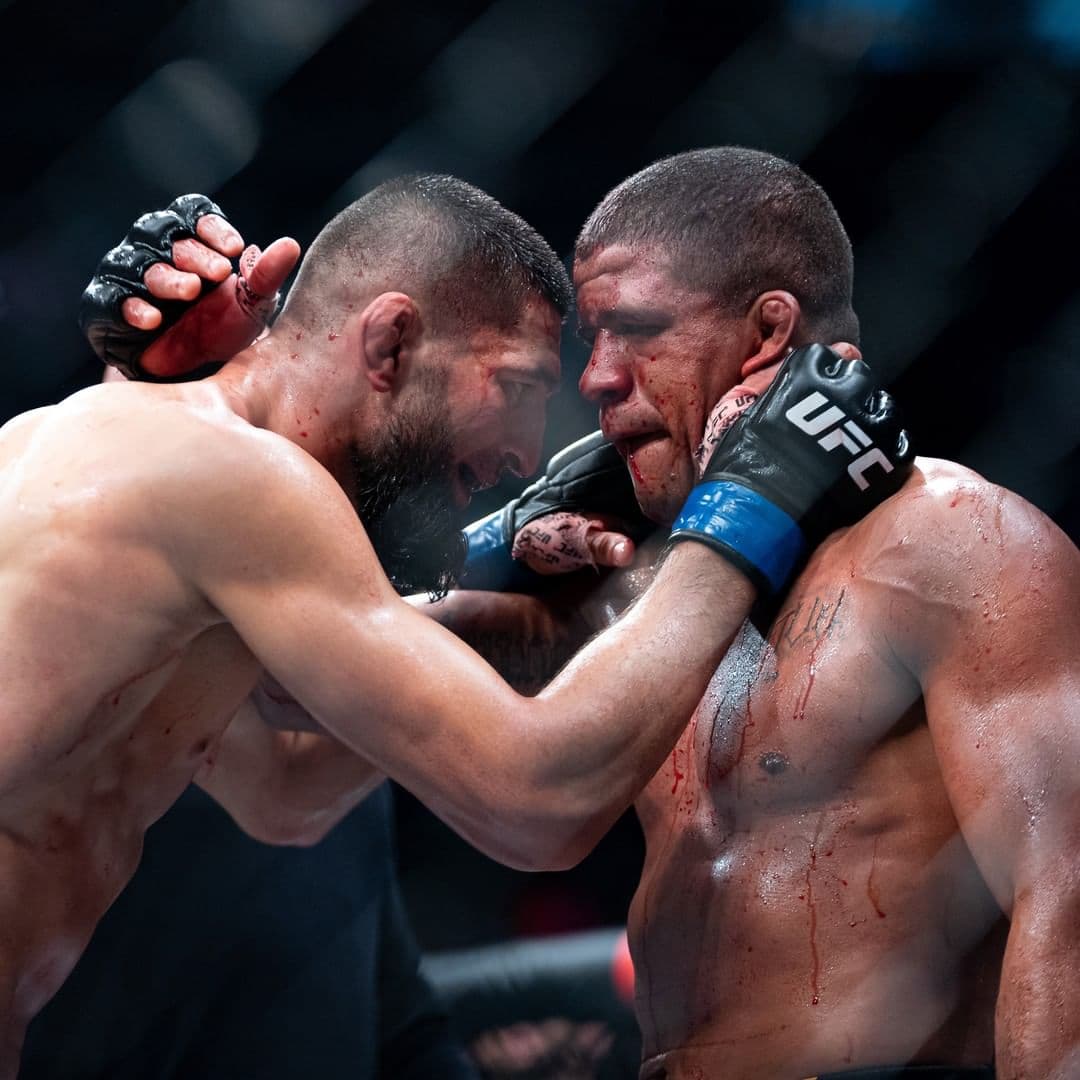 Khamzat Chimaev and Gilbert Burns embrace after their fight. Credits to: The Mac Life.
HOME OF COMBAT
Submit picks and score rounds with the Verdict MMA app.
Download on the App StoreGet it on Google Play