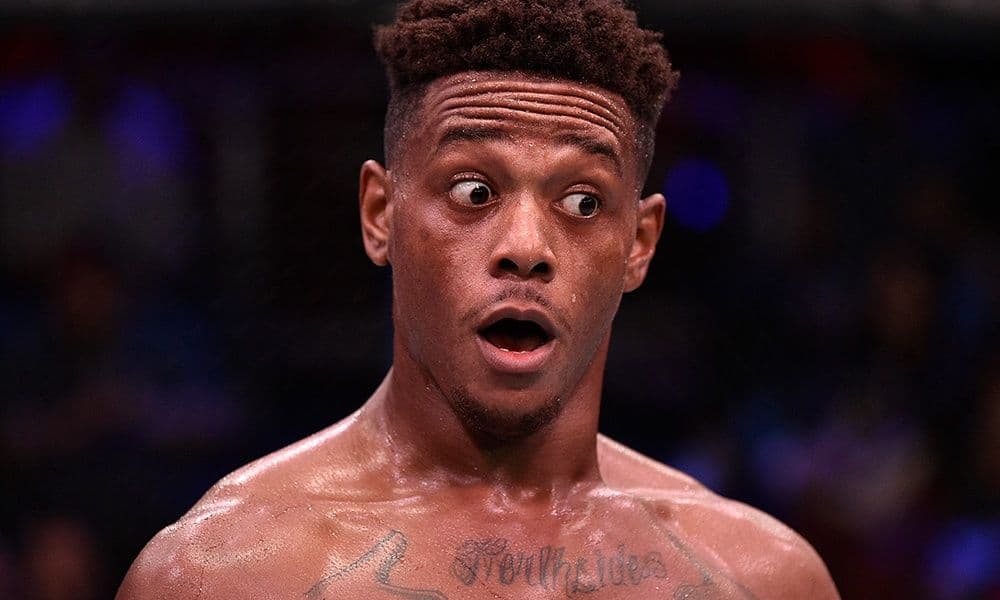 In the mid-2000s, the UFC was in a state of survival. It was the likes of Chuck Liddell, Tito Ortiz, Randy Couture, Ken Shamrock, and Forrest Griffin that became stars and contributed to the explosion of the sport.

On the other side of the world, Rampage Jackson, Wanderlei Silva, Shogun Rua, and Dan Henderson helped popularize PRIDE FC in Japan.

These were all Light Heavyweights. It was this division that built and stabilized the sport.

When Jon Jones entered the UFC, he dominated multiple generations of Light Heavyweights and killed off all contenders. He was so dominant that it became nearly impossible to become a star in the division.

It’s now been over 2 years since Jones has competed in the UFC and it finally feels like the next generation of the division is emerging.

One of the most promising rising fighters in the Light Heavyweight division is Grand Rapids, Michigan’s Jamahal Hill.

Hill has been an athlete his entire life, competing in basketball prior to training in MMA. He played all 5 positions on the court and was offered an opportunity to play in the NCAA through Davenport University. 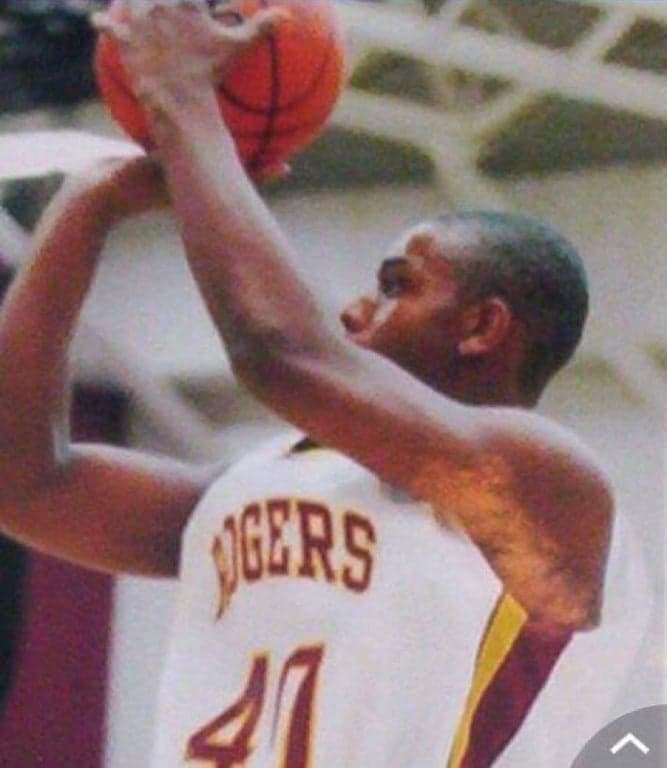 While playing basketball in high school, Hill discovered mixed martial arts for the first time in the summer of 2009.

When I watched Anderson Silva fight Forrest Griffin, that’s when I became a fan. I always thought, could I do that? After that I went to an MMA gym that said the first 30 days were free. I went and checked it out and never left
- Jamahal Hill

Hill decided against playing basketball for Davenport University and instead decided to focus his attention on MMA.

In Basketball, certain things can go wrong, like a bad coach or a teammate with the wrong attitude. What I liked about MMA was that it was all on me. It was all on my shoulders
- Jamahal Hill

Hill wanted all the pressure to fall on him and that’s why he decided to become a professional fighter. He made his professional MMA debut in September of 2017 by defeating Alex Davidson at a regional show in his hometown of Grand Rapid, Michigan.

After winning 5 consecutive fights in the regional circuit, Hill got the attention of the UFC brass and was invited to compete at Dana White’s contender series where he earned a contract by finishing Alexander Poppeck by TKO.

After winning back to back fights in the UFC against Darko Stošić and Klidson Abreu, Hill got the opportunity to fight former title challenger Ovince Saint Preux. 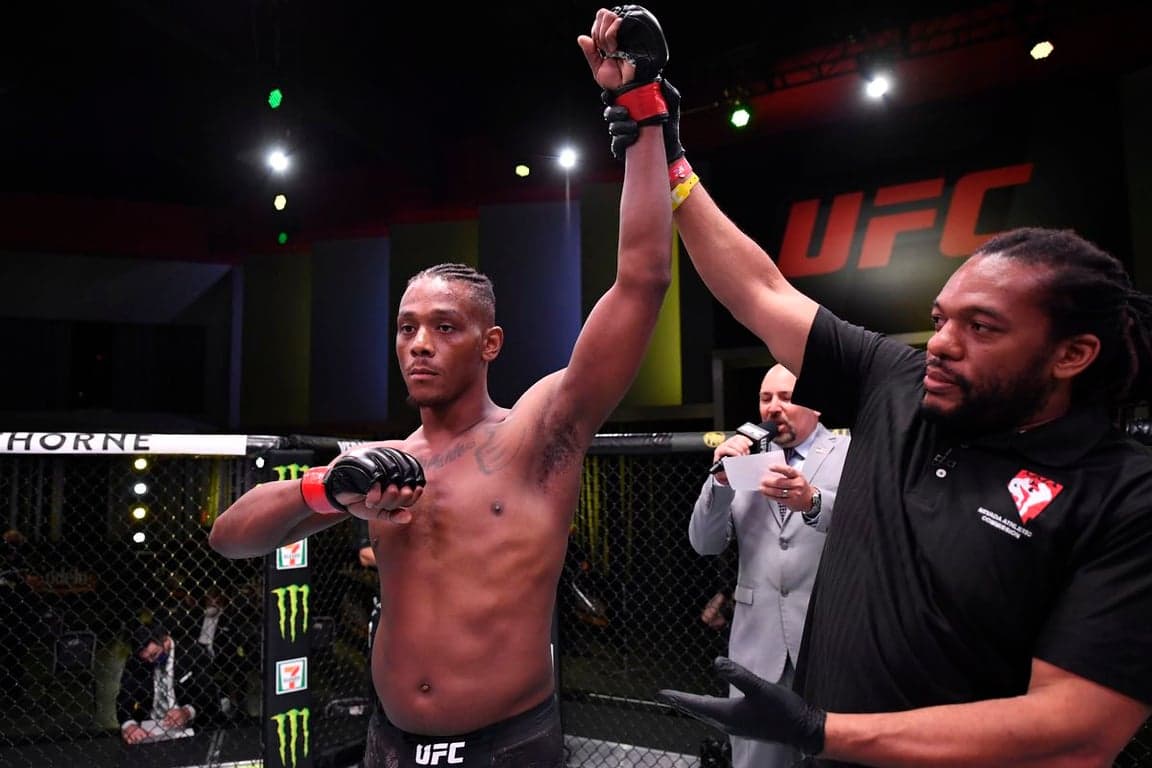 Hill gets his hand raised after finishing OSP (Getty Images)

In just his 3rd fight in the UFC, Hill finished the former title challenger by TKO.

After defeating Saint Preux, Hill suffered the first loss of his career when he fought Paul Craig at UFC 263. Craig secured Hill in an armbar and dislocated his left arm. Even with a dislocated arm and while secured in a triangle choke getting blasted with elbows, Hill did not tap. Instead of tapping, he tried to attack Craig with his right arm. Even in losing, the world saw how mentally strong Hill really was.

When I was sitting there on the ground before I even got up, I was already breaking it down. What did I do wrong? How can I fix this? I would never be caught like that again. That’s what evolving is all about. That’s what becoming a next level fighter is about. Win or learn
- Jamahal Hill

Hill is a student of the game and gives credit where credit is due. He handled the loss with class and paid respect to Craig after the fight. 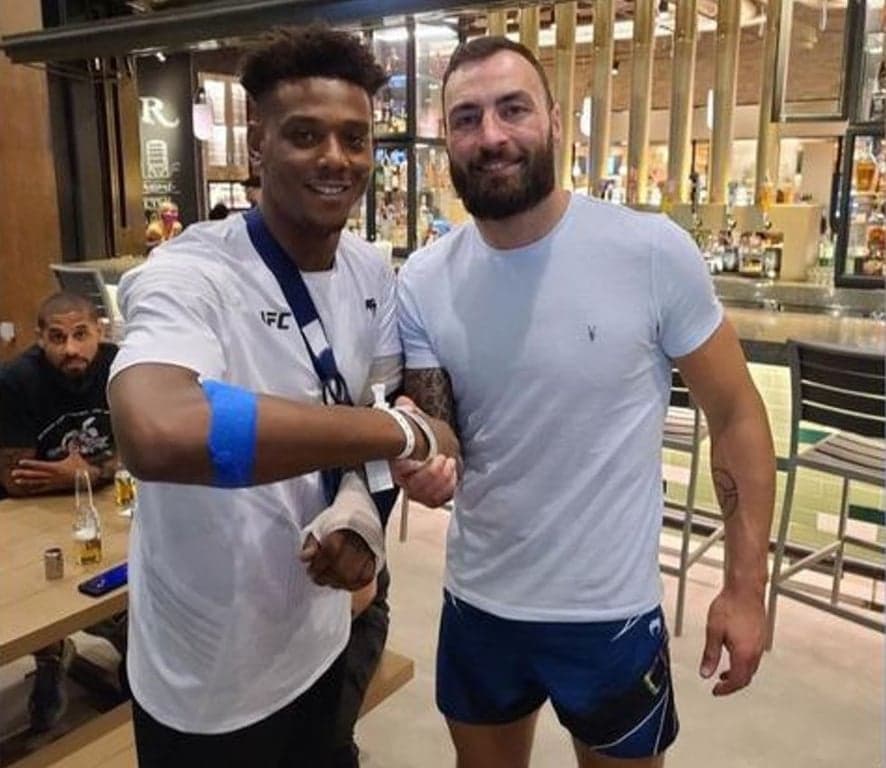 Jamahal Hill and Paul Craig after their fight

Even after dislocating his arm, Hill wanted to get back into the Octagon as soon as possible and that’s what he did when he competed against Jimmy Crute 6 months later. Hill earned performance of the night honors by finishing Crute by knockout in 46 seconds.

In his post-fight speech, Hill called out Johnny Walker. He got what he wanted.

Jamahal Hill will now compete in his first-ever UFC main event against Johny Walker at UFC Vegas 48. Hill wants to compete under the bright lights and he’ll get that chance against Walker in his first scheduled 5 round fight.

He’s not fighting simply to be a good fighter. His ambition is to be the best.

When I was younger, I thought it would have been football or basketball, but then I grew up and I started fighting and I wanted to be the greatest at that. Whatever I do, I aim to be the greatest
- Jamahal Hill

At UFC 274, the Light Heavyweight division will host its most interesting fight since Jon Jones left the division 2 years ago when Glover Texeira tries to defend his title against Jiří Procházka. The oddsmakers have Procházka as a favorite going into this fight.

Jiří has two fights in the UFC. I have twice as many finishes as Jiří has fights in the UFC. F*ck fights, I’ve got twice as many finishes. Not only that, he beat dudes that are coming off of losing streaks to now fighting the oldest Champion the division has ever seen. No disrespect to Glover but I’m just speaking facts. I see where he (Jiří) could be beat
- Jamahal Hill

The Light Heavyweight division is beginning to heat up again and Jamahal Hill believes he’s going to be the future of the division.

If he wins his first UFC main event this weekend, he’s going to take a big step closer to the title picture.