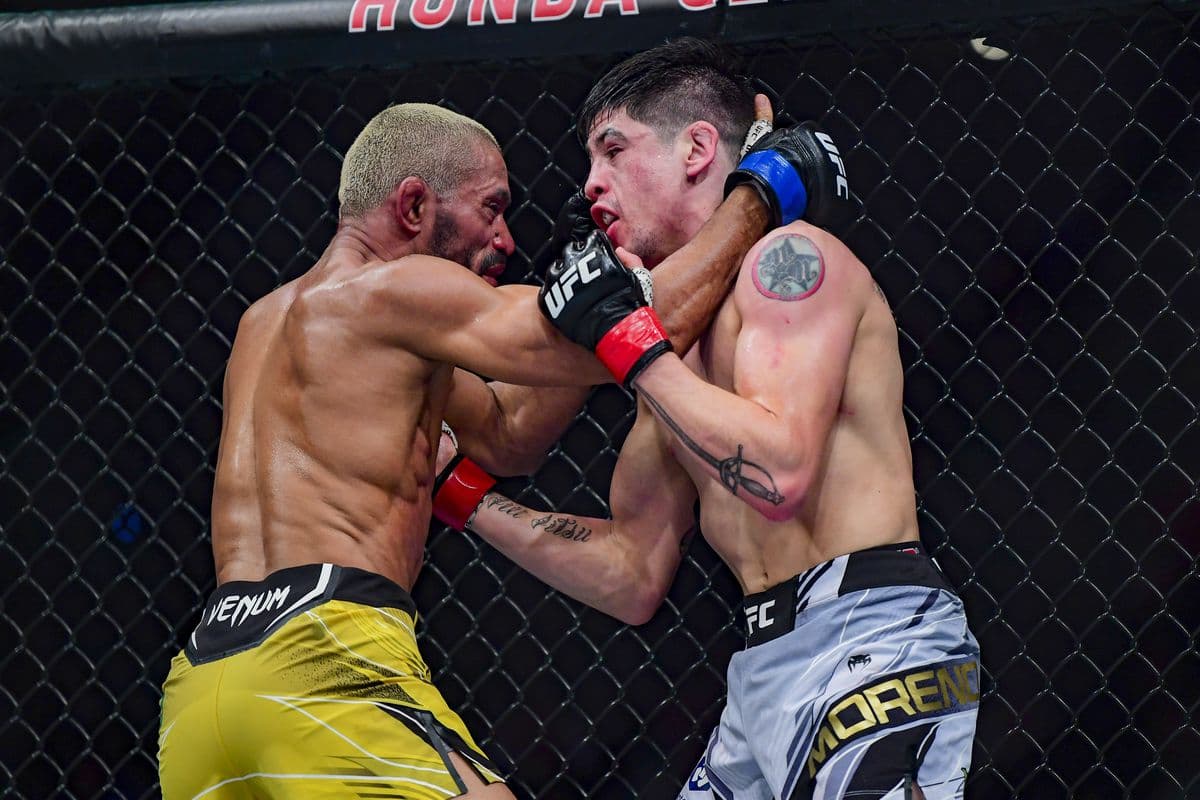 The History of Deiveson Figueiredo and Brandon Moreno

Two fighters with very different journeys to the belt collide for a fourth time this weekend. While both suffered trials and tribulations on their path to gold, no one could have predicted they’d combine to form one of the most entertaining rivalries in MMA. Unlike many rivalries, there’s a distinct lack of beef outside the cage, making their performances even more impressive. 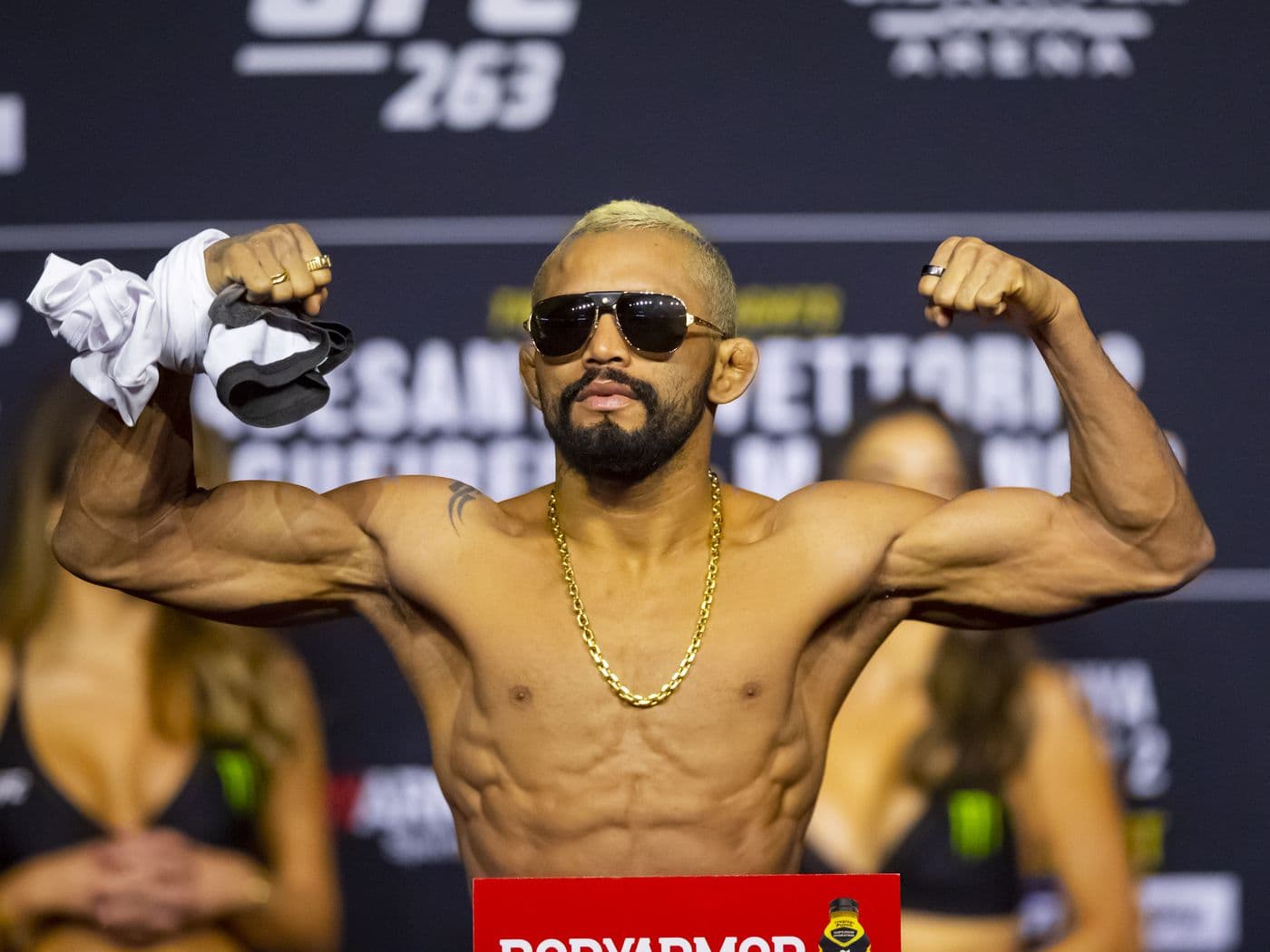 Deiveson Figueiredo weighs in at UFC 263. Credit to: MMA Fighting.

Deiveson Figueiredo entered the UFC in 2017 with a professional record of 15-0-0. Figueiredo won six of his next 7 fights in the promotion before being awarded a title shot against perennial Flyweight contender Joseph Benavidez. Unfortunately, Figueiredo missed weight but would go on to pick up the victory with a second-round knockout. He then rematched Benavidez a few months later, making weight and securing the Flyweight title via first-round submission. He had one successful defense against Alex Perez prior to his first bout with Moreno. 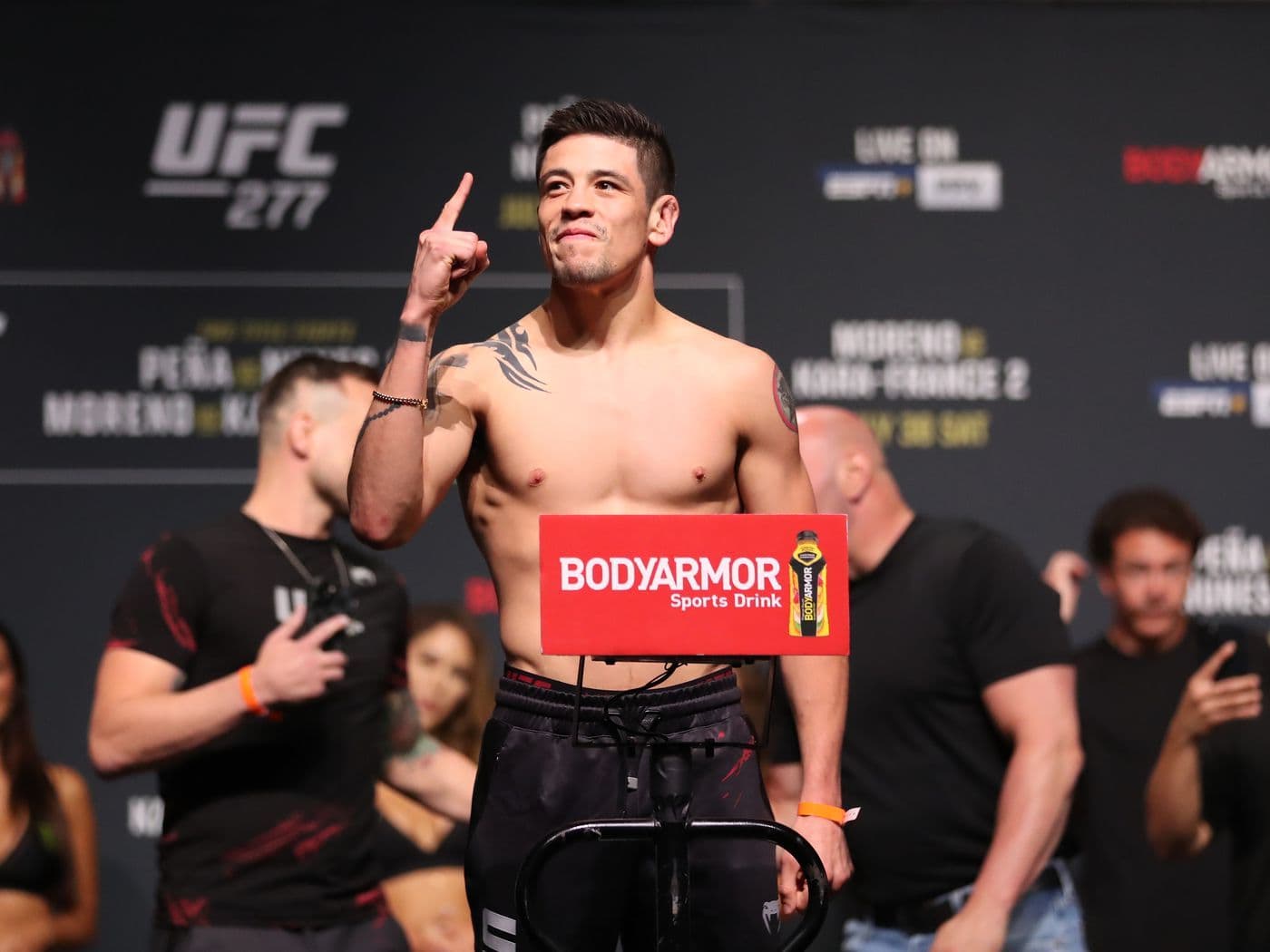 Brandon Moreno weighs in at UFC 277. Credit to: DraftKings Nation.

Moreno competed on the 24th season of the Ultimate Fighter before his UFC debut, losing to Alexandre Pantoja in the opening stage. In what was a rare move, Moreno would actually have his first fight in the UFC while TUF 24 was still on the air, earning a first-round submission victory over Louis Smolka. Moreno would go 3-2 in his first UFC run, being released after another loss to Alexandre Pantoja. He would win the LFA Flyweight title in his promotional absence, returning to the UFC a fight later and winning 3 of his next four before challenging Figueiredo for the title. 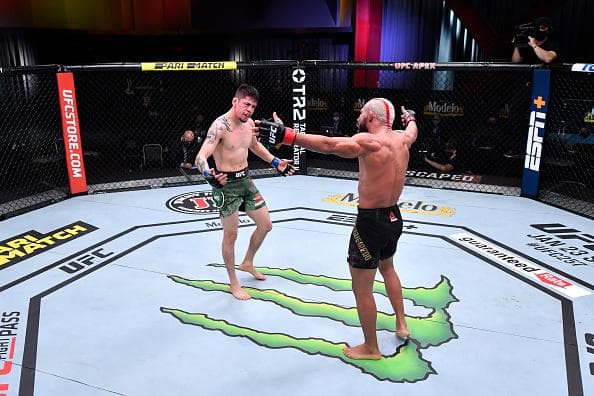 Brandon Moreno and Deiveson Figueiredo embrace in the cage at UFC 256. Credit to: Zuffa LLC.

While there wasn’t any significant build-up in terms of beef between the fighters, both men proved there didn’t need to be. Fighting in the main event of UFC 256, Moreno and Figueiredo put on a fight for the ages, going all five rounds and ending in a majority draw. In one of the most back-and-forth fights of all time, both men absorbed over 130 significant strikes. The fight was scored 47-47, 47-47, and 48-46. During the fight, Figueiredo had a point taken away due to a low blow. Like with any fight that ends in a draw, there’s plenty of controversy, with fans of both fighters claiming it was a robbery. Unsurprisingly, the UFC immediately scheduled a rematch for UFC 263. 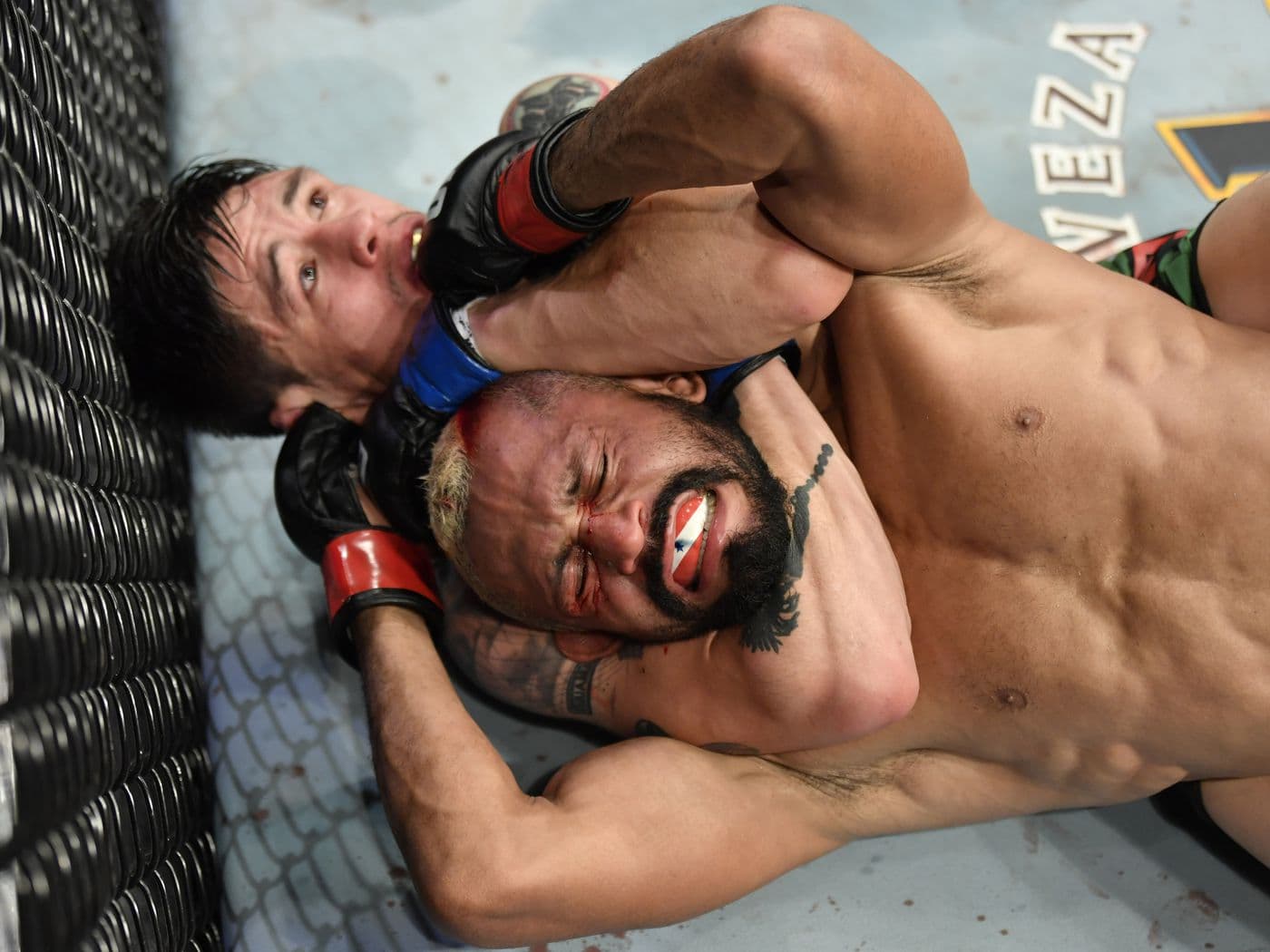 Following the razor-thin draw in their last bout, there was much more hype leading into the rematch. While Moreno refrained from much trash talk, Figueiredo did not, loudly proclaiming at the pre-fight press conference that he would knock Moreno out. This bout would end much more decisively, with Moreno submitting Figuereido in the third round via rear-naked choke. This was a dominant victory for Moreno, with him more than doubling his opponent’s total strikes as well as holding nearly 5 minutes of control time. Moreno remained respectful after the win, and we would not see either man in the cage till their third bout 7 months later at UFC 270. 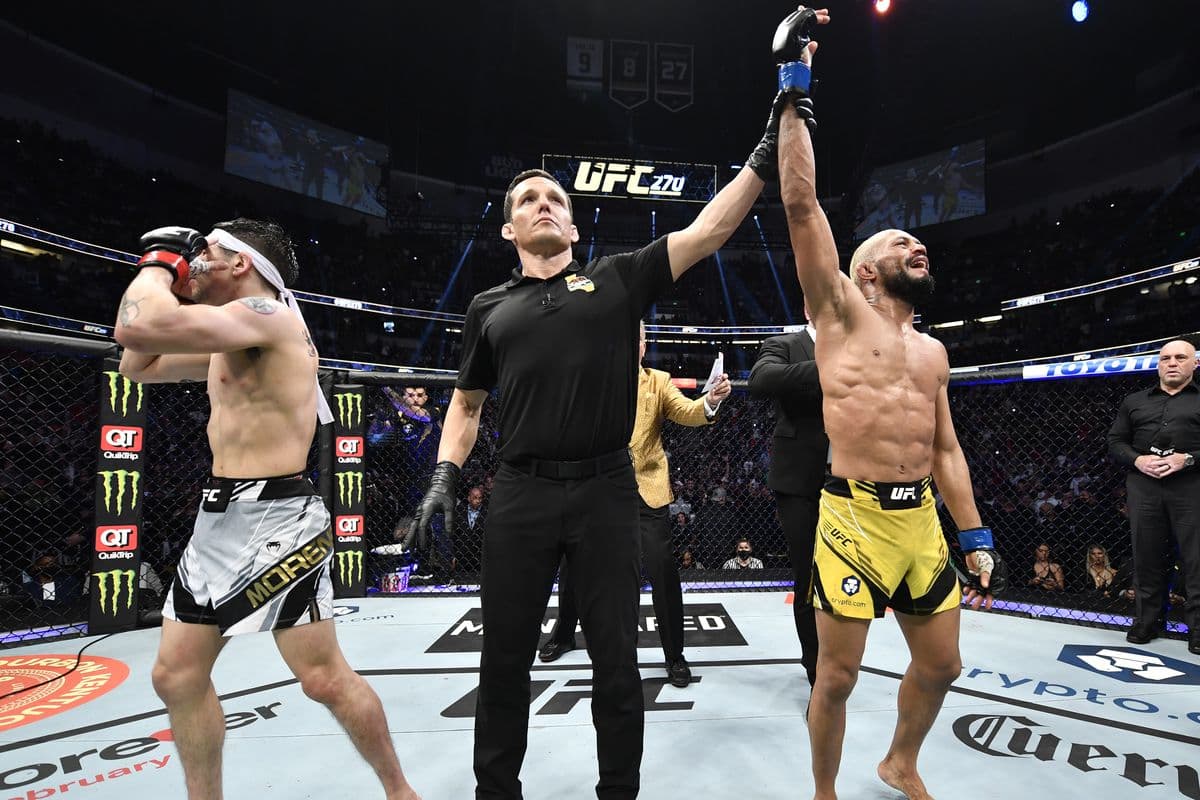 Like their first fight, neither man talked much trash in the lead-up, preferring to let their performance do the talking for them. Somehow, though, the third fight would end up the most controversial. In what was another incredibly close fight, the judges awarded Deiveson Figueiredo a unanimous decision victory to regain the Flyweight title. This came as a surprise to many fans, especially considering Moreno actually out-landed Figuereido 105-86 in terms of significant strikes. Figueiredo had no doubt he earned his victory, claiming in the post-fight press conference that he had won “4-1” and that Moreno is a “crybaby.” Somehow after a trilogy of fights, there was no proper conclusion to this epic saga. Despite this, there was no immediate rematch scheduled. 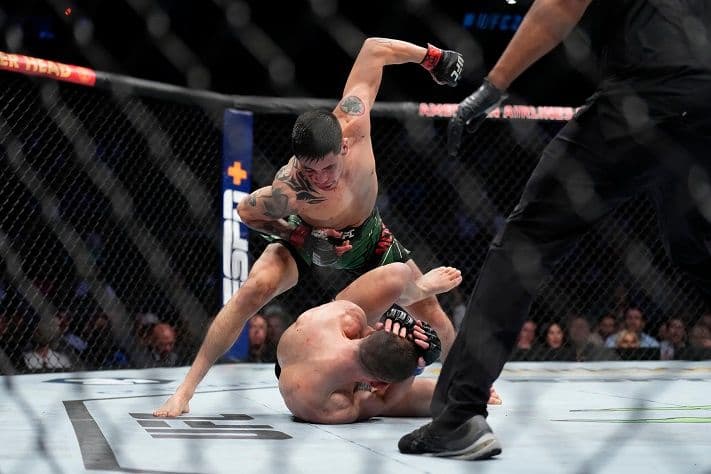 With the UFC wary about scheduling a fourth consecutive bout between the rivals, Brandon Moreno would receive an interim title belt against Kai Kara-France at UFC 277 in July 2022. This bout was a rematch of their first fight in 2019, which Moreno won by unanimous decision. Moreno would find victory once again, this time securing a knockout in the third round to become the interim Flyweight champion. During Moreno’s post-fight interview, Figueiredo would enter the cage, and the two would do a staredown. When asked about the interaction, Moreno said, “I promise, I was ready to throw everything against him in this moment. He was in Dallas since two days ago, I saw him in the lobby in the hotel. I was ready to take the mic, ‘Let’s go motherf—ker, let’s go for the [fourth fight].” 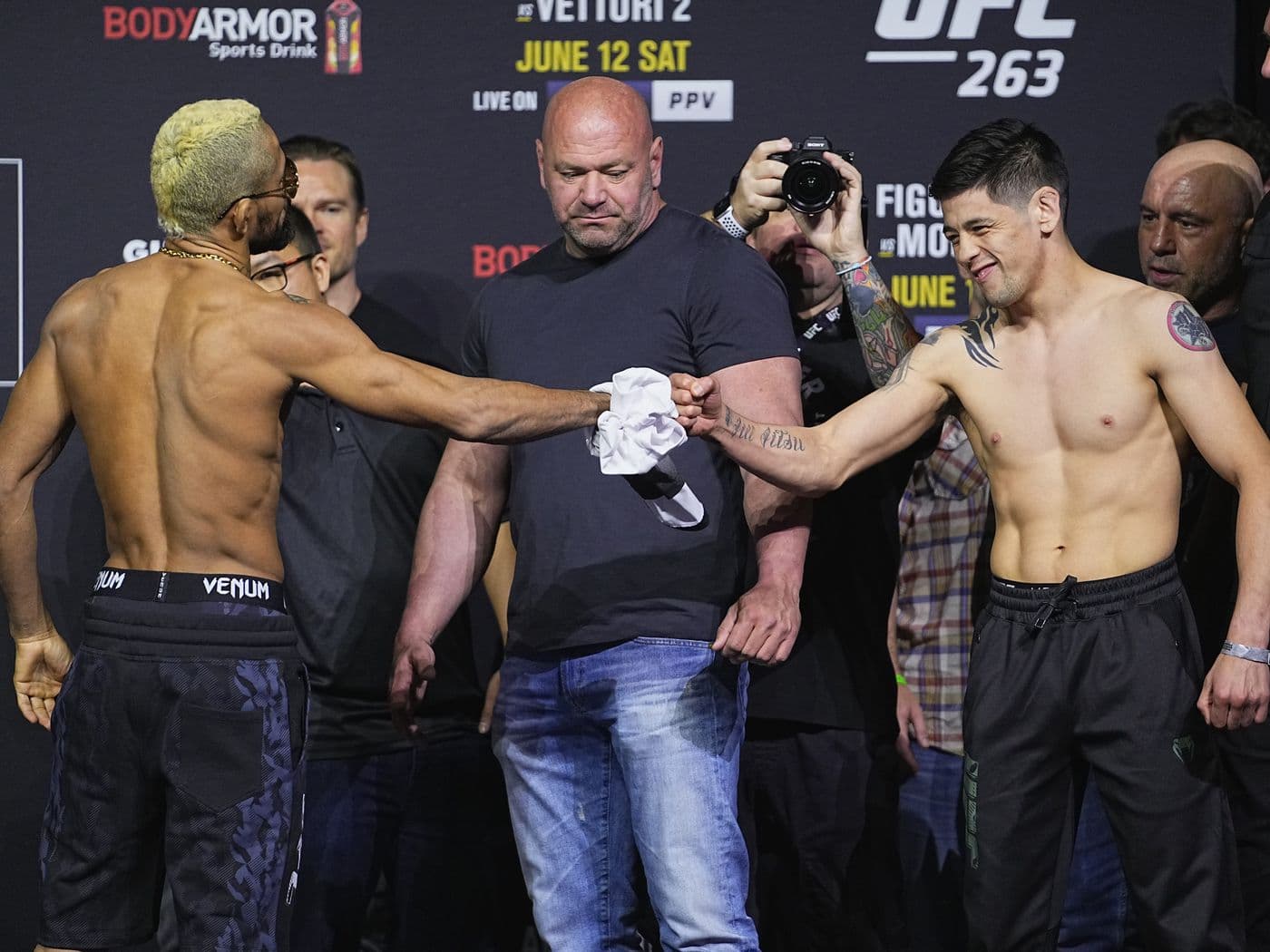 A show of respect between Brandon Moreno and Deiveson Figueiredo at UFC 263. Credit to: Bloody Elbow.

After almost exactly one year since their trilogy fight, these warriors will go to war once more. At this week’s media day, the two would have a tense moment, with both men posing on stage with their respective belts. With Figueiredo supporters chanting in the background, Moreno shushed his doubters, holding up a finger to his mouth. The two wouldn’t make direct eye contact, but the tension was palpable. In what is the fourth and quite possibly the final matchup of these two men, we can only hope to finally receive an end to this fascinating story.