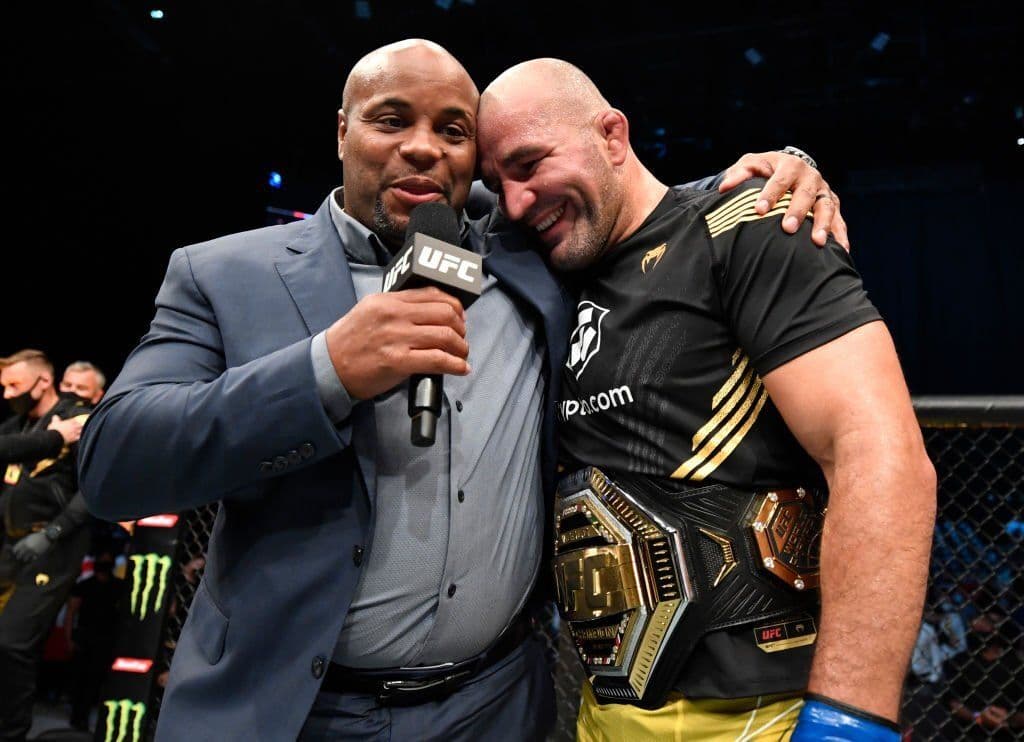 Unfortunately, we are not getting the highly anticipated rematch between Jiri Prochazka and Glover Teixeira this weekend, but in honor of Glover, I still wanted to talk about the “old guys” who defied all odds and became the best in the world.

Let's go over the five oldest champions in UFC history.

Fabricio Werdum exemplifies the long list of fighters who had a carer resurgence and won their way to the top. From 2012-2015, Werdum won six fights in a row, including the interim heavyweight title over Mark Hunt at UFC 180 and then the undisputed title against Cain Velasquez at UFC 188. Werdum won the title at almost 38 years old and then lost it in his first defense against Stipe Miocic.

Obviously, Anderson Silva won the UFC title in his younger years but held the middleweight title from 2006 to 2013. When he lost his title to Chris Weidman at UFC 162, Silva was 38 years old. Silva holds an endless amount of UFC records. The most title defenses, one of the longest title reigns, and is also one of the oldest fighters to ever hold a UFC title in an illustrious Hall of Fame career.

DC is one of four fighters to hold two UFC titles simultaneously, and won the heavyweight title at 39 years old against Stipe Miocic at UFC 226 in 2018. DC has held the light heavyweight title and became the heavyweight champion after knocking out Miocic. As the baddest man on the planet, Cormier defended his title against Derrick Lewis, but then lost his final two fights to Miocic.

The only active fighter on this list, Glover Teixeira is the reason this list was created, and became the oldest first-time champion in UFC history at 42 years old age. Glover defeated Jan Blachowicz at UFC 267 to win the light heavyweight title. The rise to the top from Teixeira so late in his career was truly incredible. From 2019-2021, he won six fights in a row and became the best light heavyweight on the planet. He lost his title to Jiri Prochazka shortly thereafter but has an opportunity to regain the belt that was once his, as he will face the winner of the UFC 282 main event this weekend between Jan Blachowicz and Magomed Ankalaev.

Randy Couture is a five-time UFC champion, winning titles in both the light heavyweight and heavyweight divisions. One of the most significant accomplishments of Couture’s career was when he defeated Tim Sylvia at UFC 68 to win the heavyweight title as a massive underdog. Always counted out, Couture has proved doubters wrong multiple times and is the oldest champion in UFC history at 45 years of age.

All five of these fighters have one thing in common: they have been doubted at some point in their career. Not a lot of people gave Glover a chance when he submitted Jan Blachowicz, and it was one of the biggest upsets of the year. Glover is the reason this list was built, and it will be amazing to watch him try to beat his record of the oldest first time champion when he faces the winner of the UFC 282 main event this weekend.