This is a banger at Lightweight, and I’d be shocked if it goes to the judges. In this matchup, we see a top-level striker making his promotional debut in his home country at UFC 283 against one of the most dynamic, fast-paced fighters in the sport today.

This fight takes place in the Lightweight (155 lbs) division.

Ismael Bonfim holds a professional record of 18-3-0, with this upcoming bout being his UFC debut after a unanimous decision victory over Nariman Abbasov on the Contender Series.

Terrance McKinney holds a professional record of 13-4-0 and is currently unranked. He has notable victories over Erick Gonzalez, Fares Ziam, and Matt Frevola. 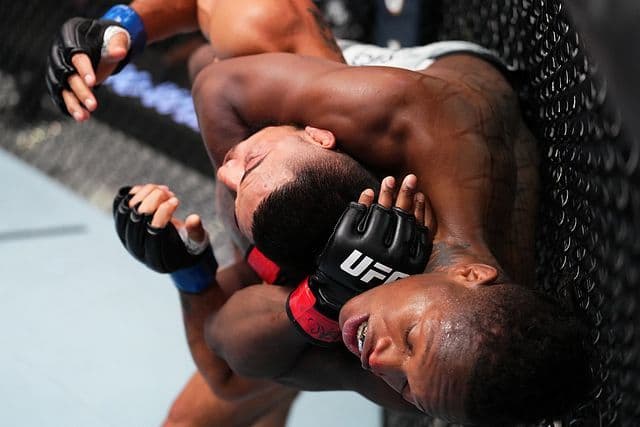 Bonfim hasn’t lost a fight since 2014 and enters the promotion on a 12-fight win streak. He is an excellent striker with technical boxing and impressive speed and power. Not only that, but he does a great job of varying his attacks and is very accurate, throwing every shot with purpose. He’s also very defensively sound, possessing great range management and footwork, and always keeping his guard high. He’s very dangerous in the pocket and will throw devastating knees when in close.

McKinney is 6-3 in his last nine outings, with only one of those fights going to the second round. He always comes out guns blazing, often opening up with head kicks and combinations. On average, he lands more than twice as many strikes as he absorbs per minute and has one-shot knockout power. He’s also an excellent grappler with a background in wrestling and has eight submission wins, with 6 of those being rear-naked chokes. McKinney is constantly pursuing a finish on the feet or the ground. 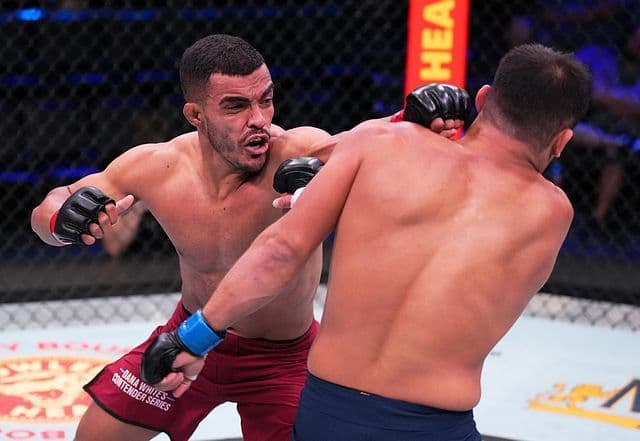 This is undoubtedly a fight you won’t want to miss. Let us know your predictions in the comments below!