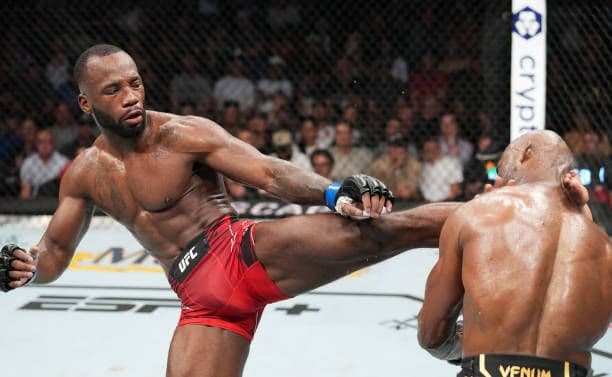 The Top 5 Most Significant Wins of the Year

The 2022 year for the UFC will be one to remember, as it had some of the best fights and finishes of the year. Some of the most significant wins in UFC history occurred this year and fans around the world have been talking about them. There have been some crucial wins that have made history and much more. In what was an exciting year of fights, let's take a look at the top five most significant wins of the 2022 year.

5. Alexander Volkanovski solidifies himself as one of the greatest Featherweights of all time 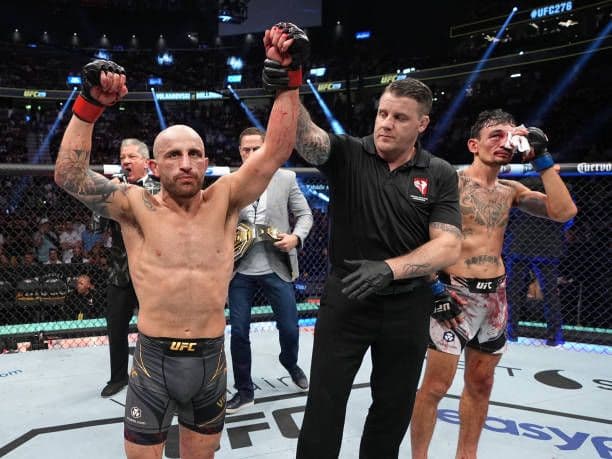 The debate of who is the greatest fighter ever in the Featherweight division between the two ended at UFC 276 when Alexander Volkanovski displayed a one-sided beat down on Max Holloway. It was one of the most dominating victories the UFC has ever seen, as all three judges scored the fight 50-45 in favor of Volkanovski. Both fighters were ranked inside the top ten in the men's pound-for-pound rankings before this fight, and it only made it even more exciting as legacies would be on the line. Volkanovski's win at UFC 276 catapulted him to the top spot in the pound-for-pound rankings because of his dominant performance against Holloway. It was one of the most significant wins of the year as Volkanovski officially put his stamp on the Featherweight division and G.O.A.T. debate.

4. Sean O'Malley proves that he belongs at the top of the Bantamweight division 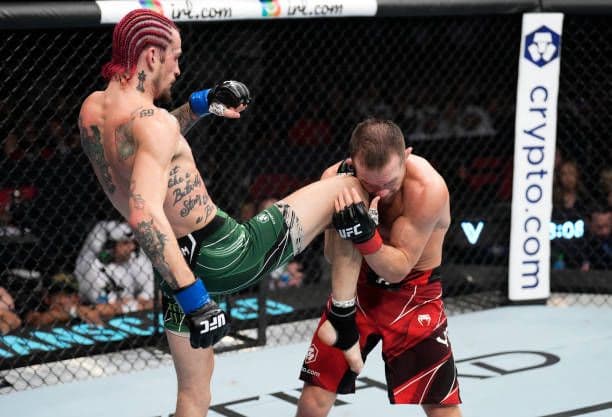 Sean O'Malley landing the most significant strike and cuts open Petr Yan with a knee at UFC 280. Credits to: Chris Unger-Zuffa LLC.

In one of the most anticipated fights of the year, Sean O'Malley proves his worth as he defeats Petr Yan via split decision. Not only did O'Malley prove doubters wrong, but he also showed why he belongs at the top of the Bantamweight division. Many people in the Verdict Community had conflicting scorecards for the fight, but it didn't take away the fact that no one had done that to Yan in the division. O'Malley was the first fighter in the division, including the champion Aljamain Sterling, to cut up and go toe-to-toe with Yan. O'Malley had him rocked and hurt a few times throughout the fight and it was the first time fans had seen that. Both fighters' skills were displayed in a razor-thin battle, but O'Malley came out with the win in the end. From the walkout song singing, "If you are what you say you are, a superstar..." to the performance, a star was officially born at UFC 280 and put the whole division on notice. With that win, O'Malley jumped to being the number one contender in the division as he shocked the world with a victory over one of the best pound-for-pound fighters. 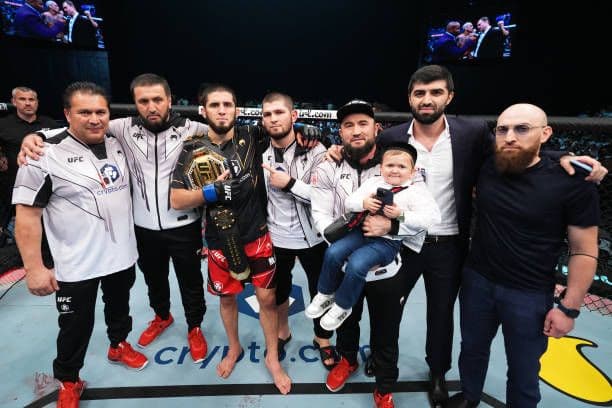 Islam Makhachev with his family after winning the Lightweight championship at UFC 280. Credits to: Chris Unger-Zuffa LLC.

The Charles Oliveira reign came to an end as Islam Makhachev submitted him at UFC 280 to become the new king in the Lightweight division. The belt returned to Russia as Makhachev won the biggest fight of his career and displayed an all-time excellent performance. He recorded a knockdown and submitted one of the best submission artists in UFC history. It was such a significant win that it ranked Makhachev as the second-best pound-for-pound fighter in the world, behind Alexander Volkanovski. The win gave the UFC an opportunity to matchmake the top two pound-for-pound fighters, and they delivered. At UFC 284, Volkanovski will be looking to be a double-champ as he faces Makhachev for the Lightweight belt. The winner of the main event can end up on the list again for one of the most significant wins of the year. 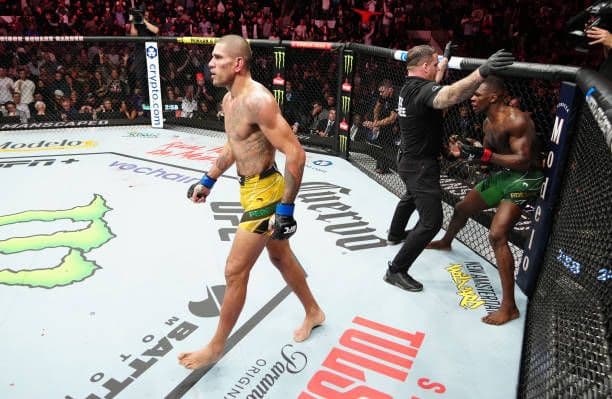 In arguably the most significant win of the year, Alex Pereira defeated Israel Adesanya at UFC 281 via TKO, making it 3-0 in the rivalry. Pereira had already beaten Adesanya twice in kickboxing, but many in the Verdict Community had predicted Adesanya to get his revenge in MMA. That was not the case at UFC 281, as Pereira landed his signature left hook in the fifth round to hurt the former champion and ultimately had referee Marc Goddard stop the fight. The judges had Adesanya winning 3-1 in the scorecards, but with his corner's advice, Pereira pushed the pace and ended it two minutes into the last round. The legacy of Pereira continues to grow as he defeated one of the longest-tenured champions in the UFC. A rematch between both men is on the horizon and the winner of that could see themselves on this list again next year.

1. Leon Edwards with the legendary KO over Kamaru Usman 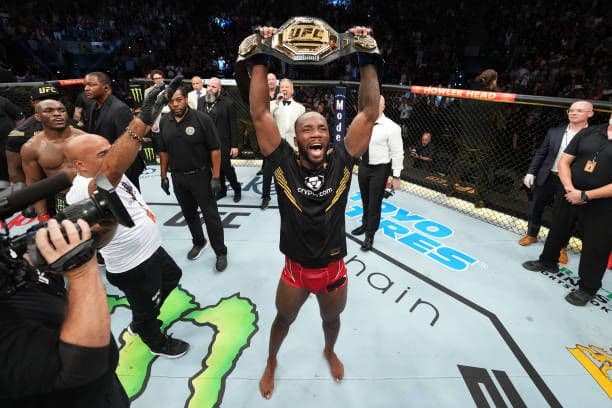 The most significant win of the year came at UFC 278 when the knockout that was heard around the world occurred. Leon "Rocky" Edwards defeating Kamaru Usman is not only the most significant win of 2022 but in UFC history. At the time, Usman was the number one ranked pound-for-pound fighter and appeared unstoppable. The fight was going Usman's way throughout the duration of the fight as the judge's scorecards had it 39-37 going into the fifth round. With the signature clip of Edwards corner motivating "Rocky" to finish Usman in the last round, the rest was history. The head kick that was heard around the world had everyone going into a frenzy as Edwards had just won the Welterweight championship in remarkable fashion. It shook up the Welterweight division and the state of the UFC. Leon Edwards knocking out Kamaru Usman for the belt is the most significant win of the 2022 year.