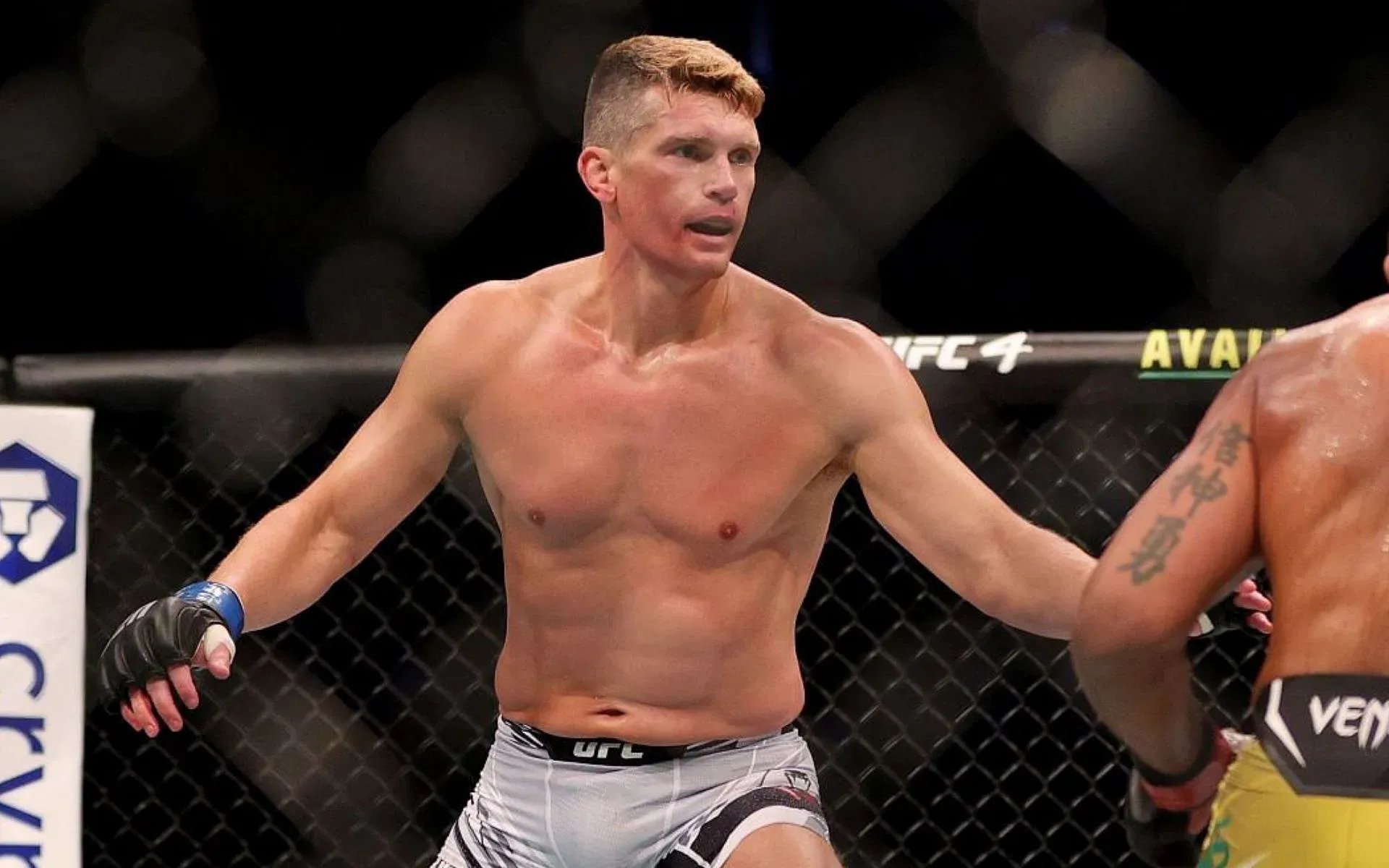 Since the UFC began at UFC 1, the premise was to find the best martial art for actual combat. As time has passed, we continue to wonder what the answer is. With Jiu-Jitsu, Muay Thai, Wrestling and Boxing excelling today, only one traditional martial art still shows success in the present day, Karate.

Over the years, the UFC has seen talented fighters with Karate backgrounds, such as one-half of this weekend's main event, Stephen "Wonderboy" Thompson. In his fight with Kevin "Trailblazer" Holland, we get a taste of UFC 1 when Karate goes up against Kung Fu.

Leading up to this pivotal Welterweight matchup, let us look at the best UFC fighters with Karate backgrounds in recent years. 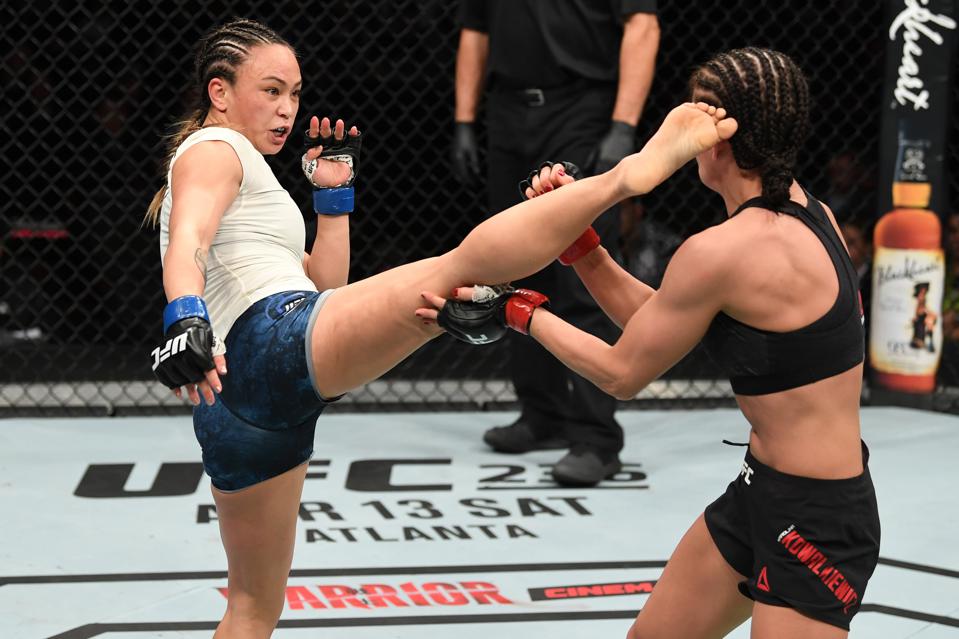 Michelle "The Karate Hottie" Waterson-Gomez was introduced to American Freestyle Karate at age 10, when her parents were unable to pay for Gymnastics classes. Waterson-Gomez continued with Karate until she received her black belt and then transitioned to Muay Thai and Brazillian Jiu Jitsu. "The Karate Hottie" rose to fame when she appeared in a Muay Thai-themed reality TV show named "Fight Girls" in 2006. Shortly after that, "The Karate Hottie" made her MMA debut, finishing most of her fights by submission, despite being a Karate practitioner, which led her to become Invicta Atomweight champion and, ultimately, a UFC fighter. Over Michelle Waterson's UFC tenure, she became a hot prospect with a record of 18-10 (6-6 UFC). She has become a household name in the MMA community and a staple Karate fighter in the eyes of the fans. 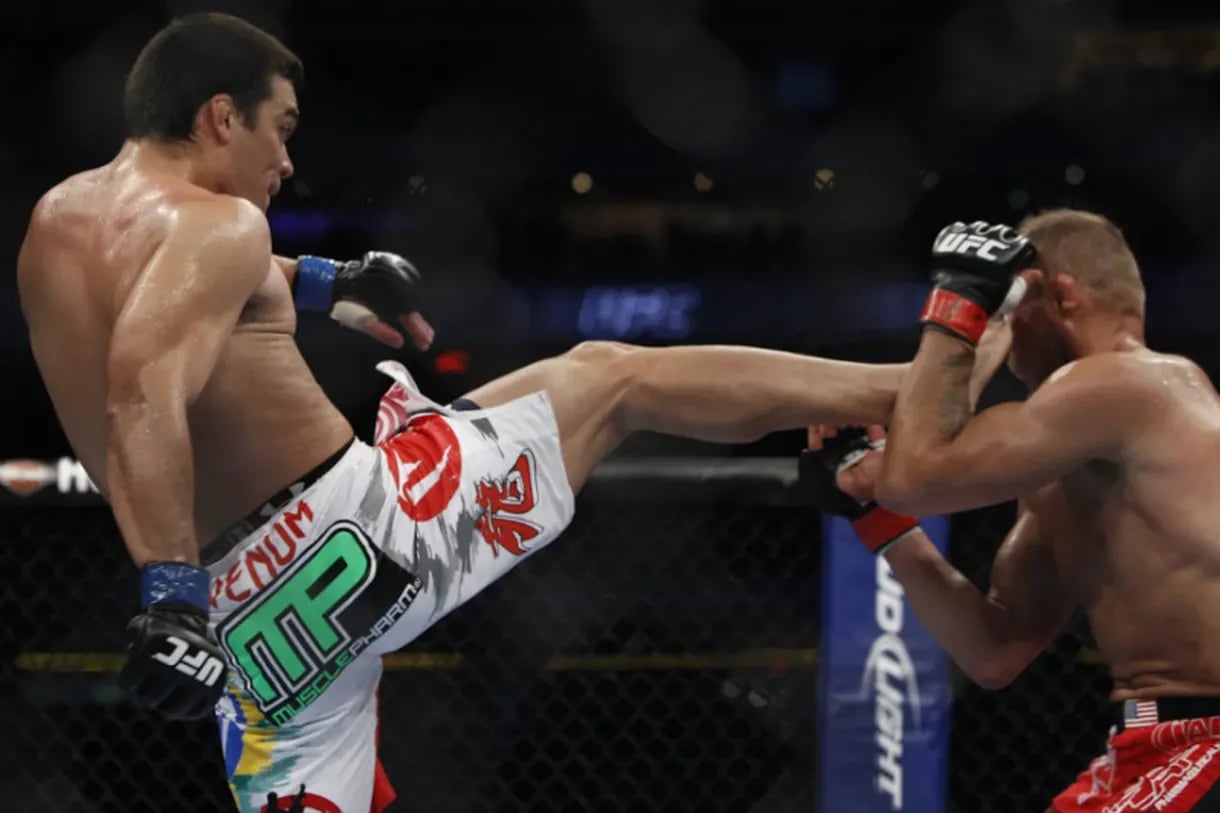 Lyoto "The Dragon" Machida was born into a Shotokan Karate family to his parents, Yoshizo Machida and Ana Claudia. Yoshizo moved to Brazil from Japan, where he married and started his family. Yoshizo became the head of the Brazillian branch of the Japan Karate Association and made his children train not long after they could walk. Lyoto began training at age 3 and received his black belt 10 years later. Lyoto Machida began training in boxing and Brazillian Jiu-Jitsu at age 16, followed by Muay Thai before pursuing his UFC career. To start his MMA journey, Machida went 8-0 with big wins over Stephen Bonnar, Rich Franklin and B.J Penn before debuting in the UFC. In the UFC, Machida won another 8-straight fights to win and defend the Light Heavyweight championship. Lyoto Machida fought most of his career in the UFC and earned the nickname "The Karate Kid" from fans when he knocked out Randy Couture with a front kick in 2011. Lyoto Machida's record currently stands at 26-12 (16-8 UFC), with some of the flashiest Karate kick knockouts in history. 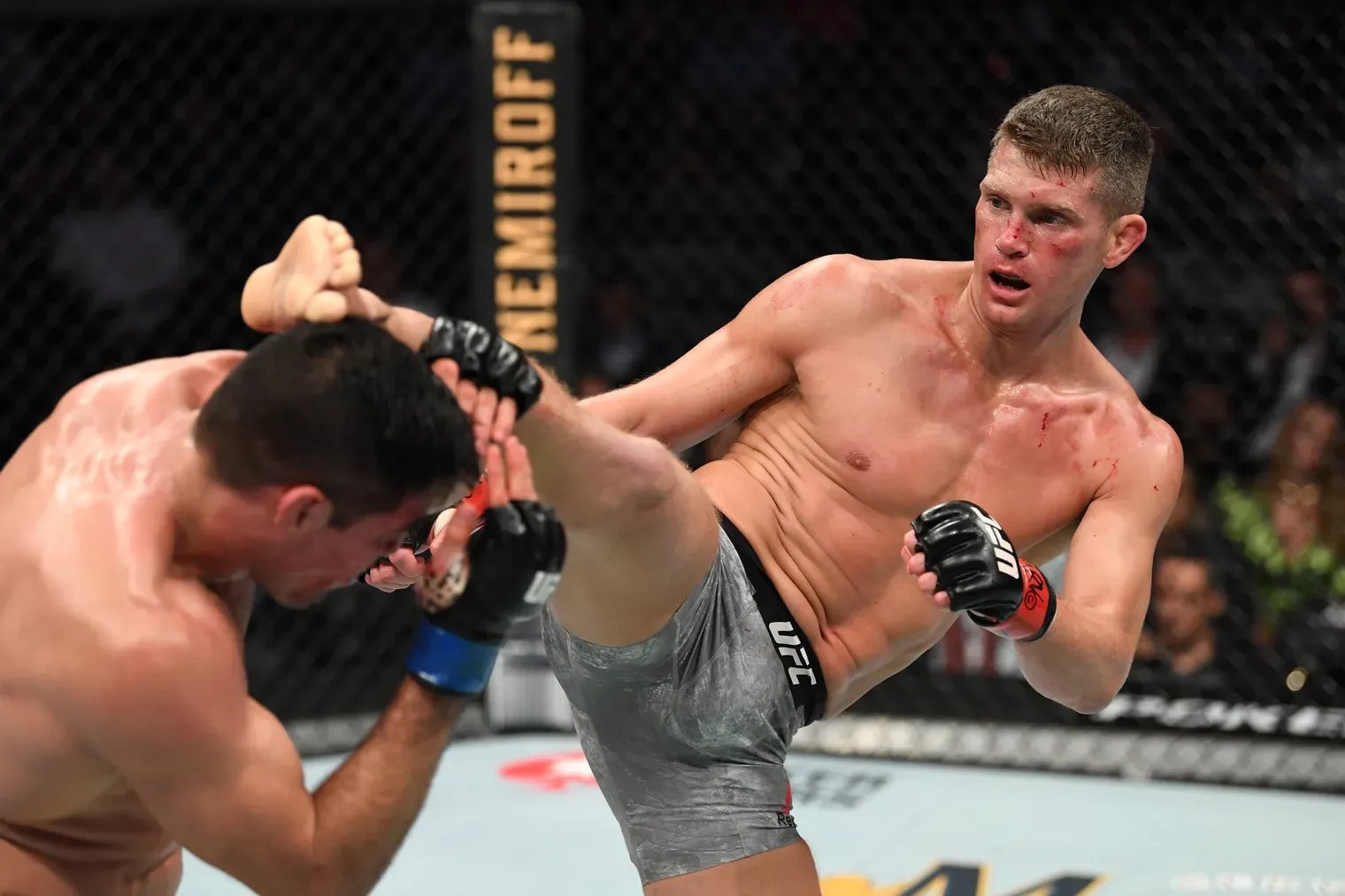 Stephen "Wonderboy" Thompson is the first fighter to prove that solely training in Karate is viable in MMA. From his debut to today, Wonderboy's style has not changed. He keeps his side-on Karate stance, dexterous kicks and quick counter-striking at the forefront of his arsenal. Stephen Thompson has been at the top of the Welterweight division for 6 years, even fighting for the title on 2 occasions. Wonderboy began training at age 3 under his father, Ray Thompson, who was an ex-professional kickboxer and the owner of Upstate Karate in South Carolina. As an amateur and professional in Kickboxing, Wonderboy amassed an undefeated record of 56-0 before transitioning to MMA in 2010. Wonderboy went 13-1 prior to facing Tyron Woodley for the Welterweight title in 2016 and scoring knockout wins over Robert Whittaker, Jake Ellenberger and Johnny Hendricks on the way there. Wonderboy fought back-to-back title fights with Tyron Woodley after their first fight ended in a majority draw and earned both men Fight of the Night. The rematch was not as close as Woodley walked away with the majority decision and retained his title. Stephen "Wonderboy" Thompson currently has a record of 16-6-1 (11-5-1 UFC) and is looking to make a statement this weekend against Kevin Holland. 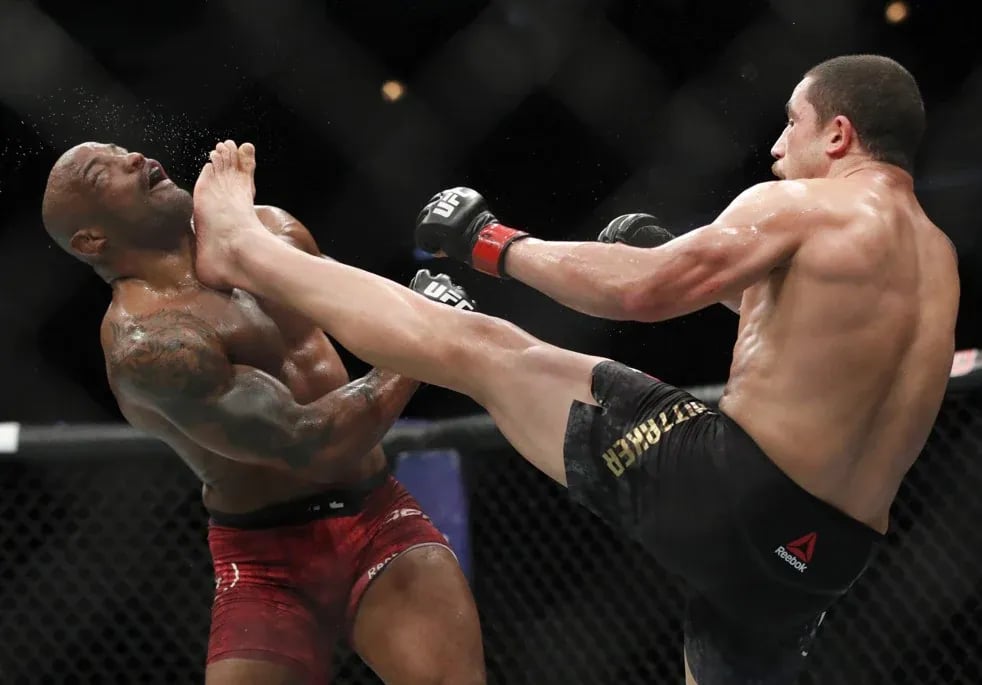 Shortly after moving from New Zealand to Australia, Robert "The Reaper" Whittaker's father enrolled him into Gōjū-ryū Karate at age 7 to encourage discipline and self-defence. Whittaker carried on training in Karate for 8 years until he earned his black belt. As Whittaker got older, he switched to a Hapkido gym run by Henry Perez. Perez's gym soon transformed into an MMA gym which introduced Whittaker to the sport, where he quickly became obsessed. Even with all the other martial arts training Whittaker has received, you can still see him utilize a Karate stance, standing side-on and bouncing on his toes. Whittaker earned his UFC contract by winning The Ultimate Fighter: Smashes in 2012. After an unsuccessful run at Welterweight, Whittaker chose to move up in weight to Middleweight. Since moving to Middleweight, Whittaker has gone undefeated except to one man, Israel Adesanya, and held his number 1 ranking for 5 years. Whittaker fought some of the most formidable opponents in the division and came out on top, even winning the title in a fight against Yoel Romero. Robert Whittaker's next fight is rumoured to be against Middleweight powerhouse Paulo Costa, where he hopes to make a statement enough to face new champion Alex Pereira. 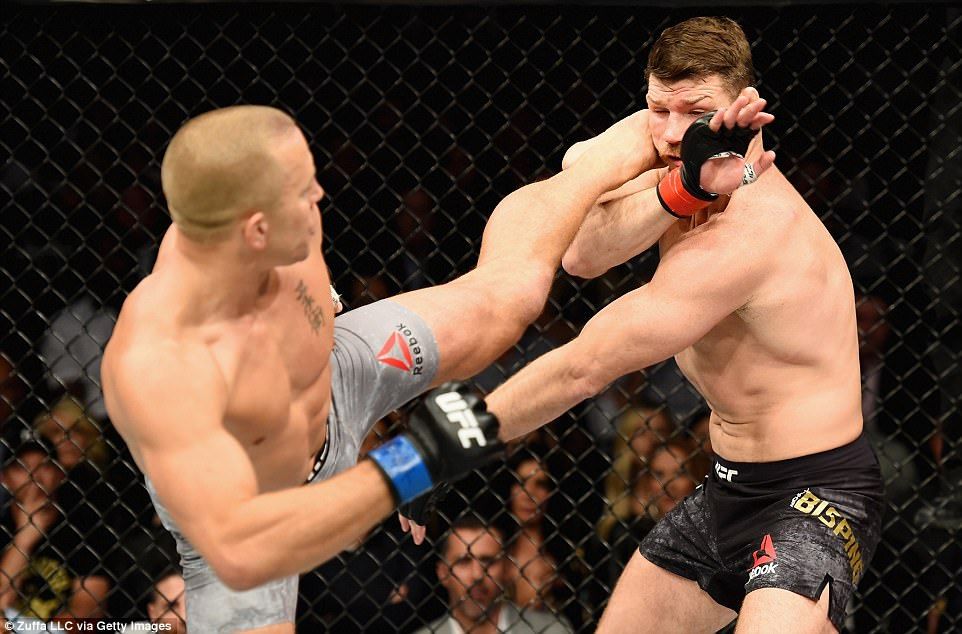 Georges St-Pierre began training in Kyokushin Karate at age 7 to defend himself against bullies at school. St-Pierre earned his black belt at age 12 and trained for 9 years until his Karate teacher died, leading him to find boxing, wrestling and BJJ. St-Pierre is a martial artist with experience in nearly every facet of fighting, having trained all over the world under many disciplines. St-Pierre shows the definition of "mixing the arts." when he fights, but his Karate roots still show strongly. Georges St-Pierre debuted in MMA in 2002 and earned a UFC contract 2 years later, followed by a subsequent title shot against Matt Hughes for the Welterweight title. When the title fight didn't go his way, Georges secured a 5-fight winning streak to rematch the champion Matt Hughes, where this time he won by TKO in the second round and became the undisputed champion. St-Pierre lost his first title defence in a big upset against Matt Serra, this being the last time St-Pierre would lose a fight. St-Pierre would get his hand raised in 13 consecutive fights and win both the Welterweight and Middleweight titles, scoring wins over Josh Koscheck, B.J Penn, Nick Diaz and Michael Bisping. Georges St-Pierre finished his career as one of the only two division champions ever, with a record of 26-2 (21-2 UFC) and being potentially the greatest of all time. 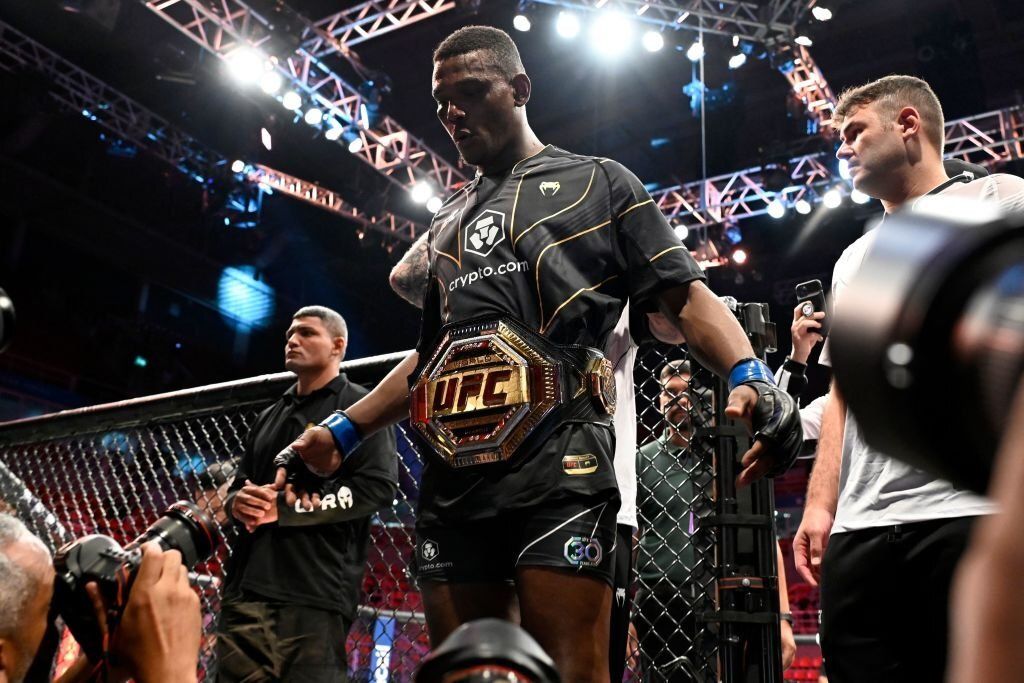 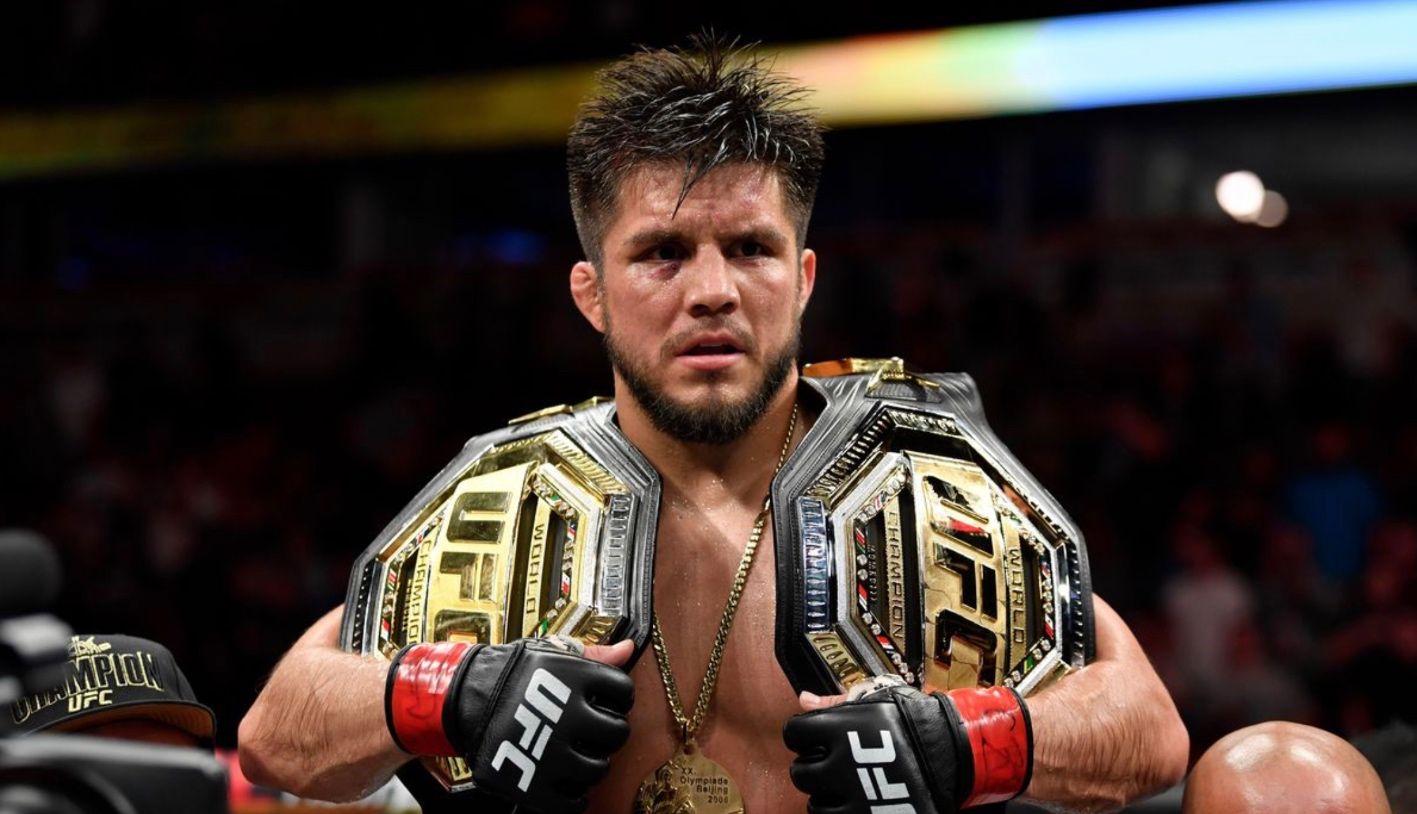 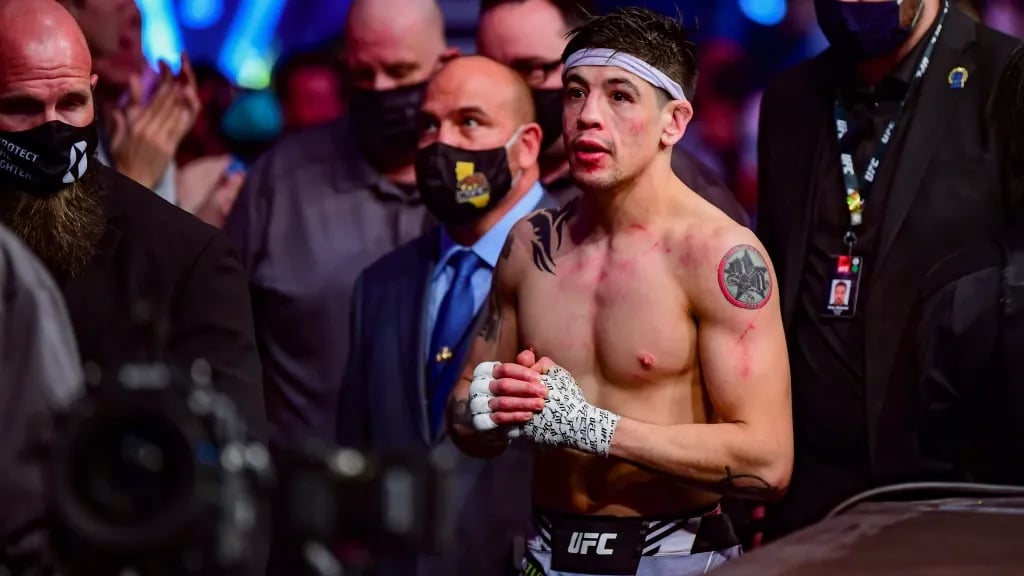 Alexander Volkov vs. Alexandr Romanov Confirmed For March 11
Write a Comment
Community Guidelines
Please Log In or Sign Up
Comments
There seems to be no comments, be the first!
Read More
See all 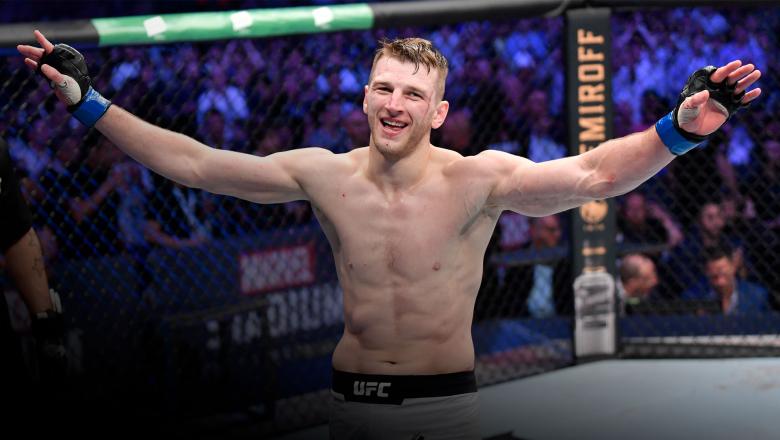