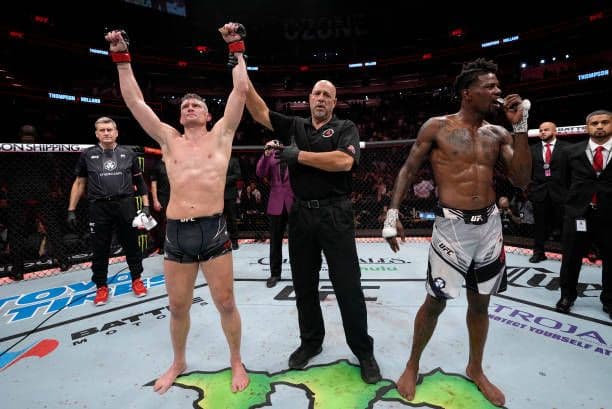 UFC Orlando: 5 Fights to make in the Welterweight Division

With the conclusion of UFC Orlando, the Welterweight division has entered the conversation as one of the best divisions in the UFC. In the main event, Stephen Thompson defeated Kevin Holland via TKO in a fight-of-the-year candidate for 2022 and there are some intriguing matchups for the division moving forward. In the co-main event, former Lightweight champion Rafael Dos Anjos defeated Bryan Barberena via submission in the second round. Dos Anjos looked great at Welterweight and seems like he’ll be fighting in the division going forward. This is not only great for him but the Welterweight division because it adds another great fighter into the mix.

Having UFC Orlando and a few fight announcements finalized, we can play the role of the matchmakers and what they may be thinking in the “war room” on Tuesday. Here are five fights to make in the Welterweight division. 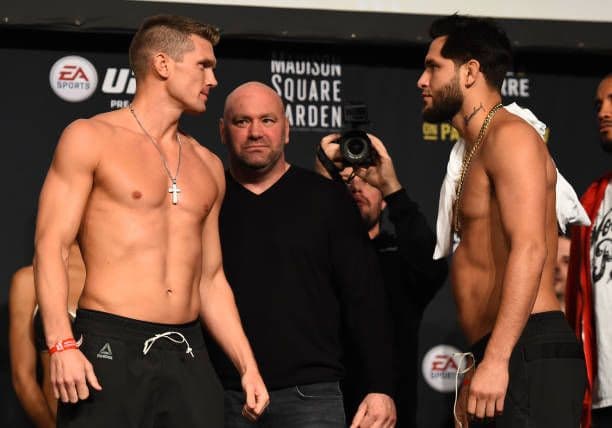 After a spectacular performance from Stephen “Wonderboy” Thompson, it’s only right that the matchmakers pair him up with another striker moving forward. With that being the case, there is no one better than Jorge Masvidal. Thompson has mentioned previously that he is very interested in the rematch between them and there is no better time than now. Masvidal is coming off two championship losses to Kamaru Usman and to top contender Colby Covington. They are respectable defeats as there were the top two guys in the division at the time. Thompson currently ranks as the sixth-ranked contender in the division and with his win at UFC Orlando, he may be moving up a spot in the top five. This is a perfect fight for both men. Thompson would love to have a “big money” fight against another respectable striker and Masvidal needs a top-five opponent to jump back into the title picture. The champion, Leon Edwards has mentioned that Masvidal needs one win to get back into title contention and he’ll accept that fight. This is would great for all parties involved in the Welterweight division. 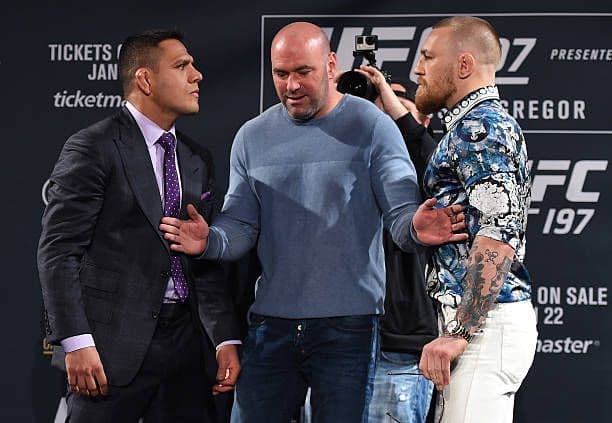 The time has come for both gentlemen. Conor McGregor needs a comeback fight against a notable opponent and after his win at UFC Orlando, Rafael Dos Anjos is the perfect return fight. In the post-fight interview, Dos Anjos called out McGregor in the octagon and the fans in attendance gave their approval. The two were supposed to fight at UFC 196 but Dos Anjos had pulled out of the fight due to a foot injury, setting up the famous Nate Diaz fight with McGregor. With Dos Anjos fighting in the Welterweight division going forward, it matches up perfectly. McGregor will certainly be coming back to fight at 170 pounds and Dos Anjos is the perfect matchup for him. Two former Champions with history and tension between them. The trash-talking and promotion leading up to the fight would be great and it will be everything McGregor would want in his comeback fight. 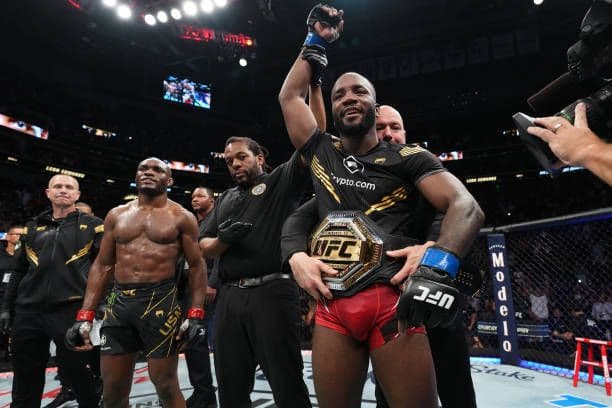 The obvious fight to make at the top of the division is the trilogy between Leon Edwards and Kamaru Usman for the Welterweight championship. His first title defense would most likely be in England in front of his people as Dana White has rumored it to be. After the fifth-round head-kick knockout from Edwards, it only makes sense that Usman gets the trilogy and tries to avenge his loss to get his title back. Nothing has been finalized between the two, but this championship fight has been rumored to take place in March of 2023. The trilogy will be one of the most anticipated fights in 2023 and by then, there will be answers on who is next in title contention for the Welterweight division. 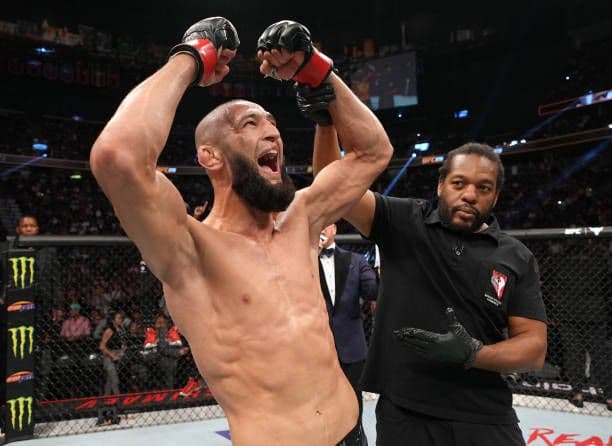 A fight the fans all want to see in the Welterweight division is Colby Covington against Khamzat Chimaev. From the trash talk to the fight stylistically, it makes sense for everyone involved. Covington is coming off the decision win over Jorge Masvidal in UFC 272 and has kept his name relevant atop of the division. Chimaev just defeated Kevin Holland at UFC 279 in a Catchweight bout after failing to miss weight. He was originally scheduled to fight Nate Diaz at Welterweight but dealt with some weight-cutting issues and failed to reach the weight limit. This was a growing concern for the UFC due to the fact that Chimaev should be fighting against the top guys at 170 pounds. Chimaev has reiterated that he can make the weight and if he is a man of his word, Covington is the perfect fight. Chimaev has been asking for this fight for a long time and has not received a response from Covington. From the latest report, Dana White has mentioned that they are working on getting this fight done as it’ll be a massive fight in the division. It’s also rumored that it might take place on the same card as the championship trilogy fight between Leon Edwards and Kamaru Usman. That would be one of the most anticipated PPV cards of 2023. 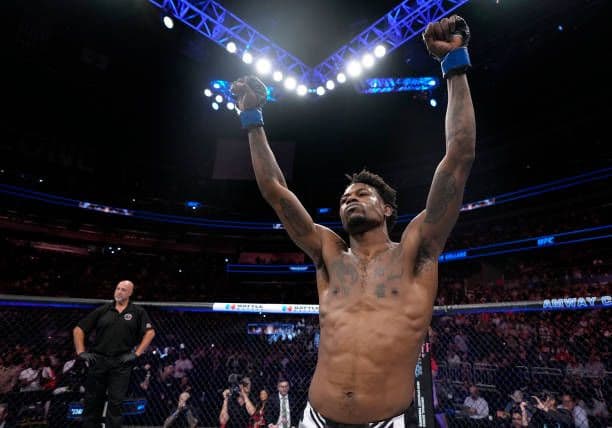 Kevin Holland getting introduced by Bruce Buffer before the main event at UFC Orlando. Credits to: Jeff Bottari-Zuffa LLC.

Kevin Holland will always be a fan favorite and a draw to the UFC. After suffering a defeat to Stephen Thompson at UFC Orlando, there are still avenues for Holland to navigate. He is always bringing the fun and entertainment in the octagon and what else is more fun than a fight with rising contender Jack Della Maddalena. This fight is one of the best fights stylistically the UFC can make in the Welterweight division. Two great strikers standing in the middle with guaranteed fireworks is everything they would want. Della Maddalena has earned the right to fight someone notable like Holland and both fighters should want this fight. This would be a great addition to a big PPV main card, but this fight would be even better if it was the main event on a UFC Fight Night. A five-round main event in front of a similar crowd like UFC Orlando as the main event would have all the makings of a great card. In terms of what it does for the division, the winner of this fight would put themselves in a prime position to enter the Welterweight rankings. Holland might be out an extended period of time as he has allegedly broken three knuckles in his right hand per his Instagram post. When Holland heals up from his injuries and takes the appropriate time off, this should be the next fight for him and Della Maddalena.