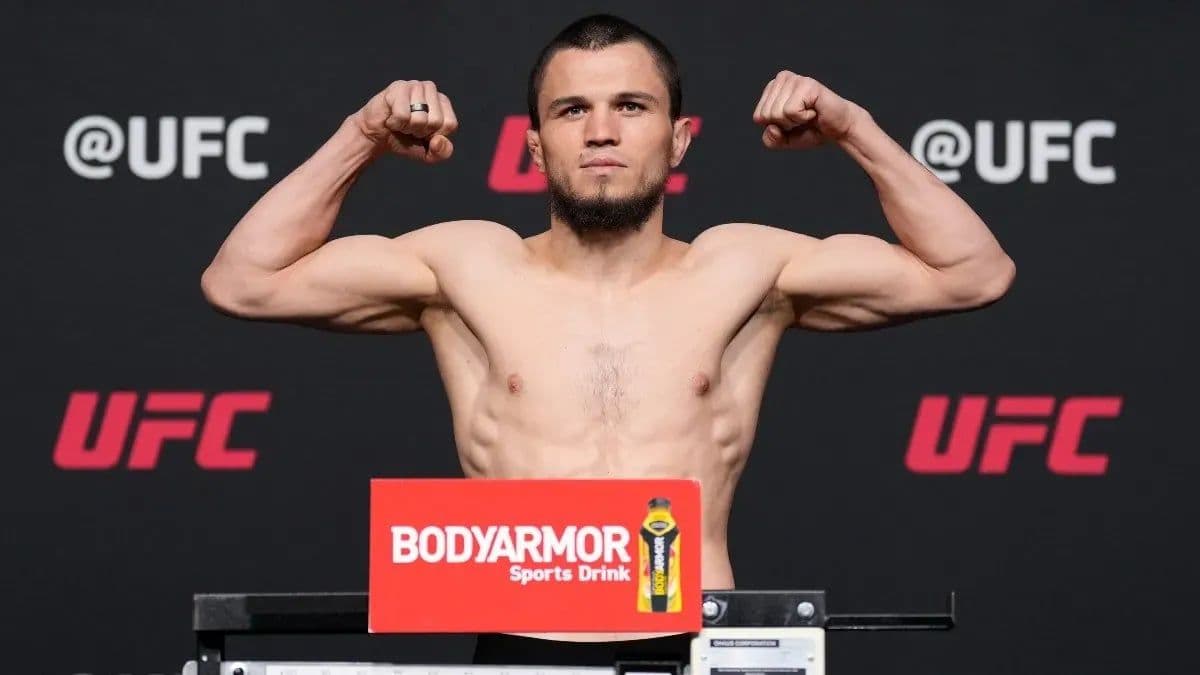 Who Is Umar Nurmagomedov?

If you're familiar with MMA, you undoubtedly know the name Nurmagomedov, affiliated most famously with UFC superstar and former UFC Lightweight Champion Khabib Nurmagomedov, as well as his coach and father Abdulmanap Nurmagomedov. However, some people may not know that the Nurmagomedov bloodline has a deep history of wrestlers and, most importantly, martial artists. One of his cousins is the current 11th ranked Bantamweight in the UFC, Umar Nurmagomedov. Umar is one of the hottest prospects heading into 2023, and with a tough fight against Raoni Barcelos scheduled for the first event of the new year, let's explore who Umar Nurmagomedov is and how he got to where he is today.

Umar Nurmagomedov was born in Dagestan, Russia where wrestling from a young age was commonplace. He grew up in a native village, Kizilyurt, where alongside his younger brother Usman Nurmagomedov, he would begin to attend freestyle wrestling practice. However, instead of traveling the traditional Dagestani path, Umar would start Muay-Thai, adding to his already impressive arsenal of freestyle wrestling. He would pursue a fighting career early, moving to Makhachkala in his youth, where he was coached by his uncle and star MMA coach Abdulmanap Nurmagomedov. 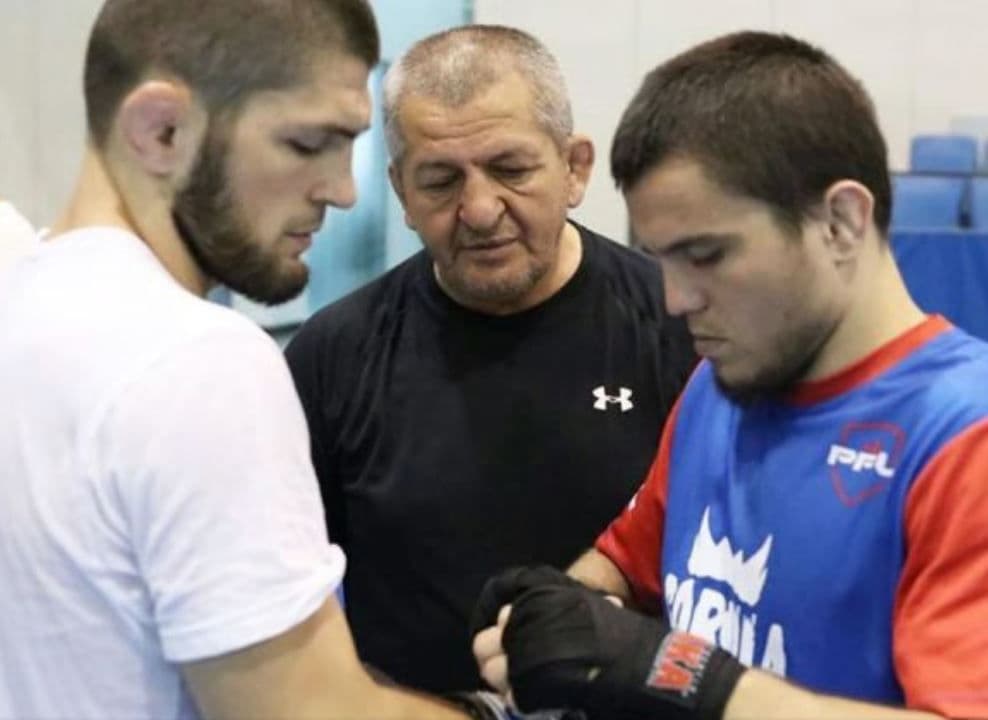 Umar with his uncle and trainer Abdulmanap and his cousin Khabib. Credits to: Anwesha Nag-SportSkeeda.
ADVERTISEMENT

Competition At A Young Age

Umar, now training under his uncle and alongside notable talents such as former UFC Lightweight Champion Khabib Nurmagomedov, current UFC Lightweight Champion Islam Makhachev, and his brother Usman, became a World Champion in Combat Sambo at just 19 years old, and just a year later at 20 years old became the WMMA Amateur World Champion after just four amateur fights. From these accomplishments alone, you can see that Umar had redefined the word "prospect"; still, at just 20 years old, he had many accomplishments in martial arts.

On the 16th of December, 2016, Umar would make his professional MMA debut at Fight Nights Global 57, a domestic promotion where many Russian fighters make debuts and build their experience before tackling bigger promotions. Umar would have an incredibly dominant performance, fighting predominantly with his lightning-fast kicks as he chopped up the leg and body of his opponent Rishat Kharisov. Umar also tested his wrestling as Kharisov secured a takedown before being quickly reversed by Umar, who proceeded to dominate Kharisov for the rest of the round with heavy ground and pound shots. After receiving instructions from his cornermen, Khabib and Islam, during the second round, Umar would quickly snatch up Kharisovs neck after a failed takedown attempt and finish the fight with a guillotine choke.

After his stunning debut, Umar would fight five more times in a little over a year on the domestic scene in Russia and would win all of his fights, massing a record of 6-0, with 4 of his wins coming by finish. After that, Umar would take a big step up in his career and debut in the Professional Fighters League (PFL) in America on the 11th of May 2019. The PFL is one of the major martial arts promotions besides the UFC and holds incredible talent. Umar would debut against Saidyokub Kakhramonov, who is now also a UFC prospect currently having three fights with the promotion. Usman would win this fight via a close unanimous decision, where he would display incredible, lighting-fast kicks and an impressive counterstriking arsenal. 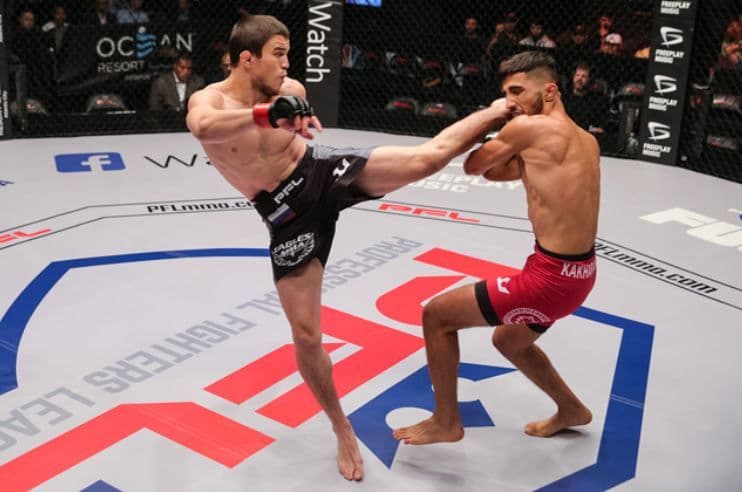 Umar Nurmagomedov landing a headkick on Kakhramonov in his PFL Debut. Credits to: Tristen Critchfield-Sherdog.

Watching Umar kick is a true sight to behold, as both the variety and the speed of his kicks make it his most dangerous weapon, and these kicks would begin to make a presence in his next outings. After his win over Kakhramonov, Umar would bounce from promotion to promotion, fighting again in the PFL and picking up two world championships in Gorilla Fighting Championship and the Samara MMA Federation, gaining more experience until he amassed a 12-0 record. The time finally came to make it to the biggest promotion of all, the UFC.

Umar signed with the UFC in early 2020 but would not make his debut until the following year due to multiple fight cancelations because of the COVID-19 pandemic. His first fight against Hunter Azure in April would fall out due to the event moving because of COVID. His next fight in July against English prospect Nathaniel Wood would also fall out due to the passing of Abdulmanap Nurmagomedov. Toward the end of the year, Umar should've fought Sergey Morozov at UFC 254, the same card as his cousin Khabib, but this time was unable to fight due to an illness. The UFC rescheduled this fight, and Umar finally made his debut on the 20th of January 2021 in Abu Dhabi, where he would perform excellently against Morozov. In the second round, Umar would hurt Morozov early with a head kick and proceed to damage Morozovs legs before taking his back and choking him out with a rear naked choke at the end of the second round. That was it; Umar was here in the UFC and was here to stay, receiving a performance of the night bonus for his victory, banking him an extra $50,000. In his next outing, he would make quick work of veteran Brian Kelleher, submitting him in just over 3 minutes of the first round. Then in his last UFC fight, he would put on a wrestling clinic against Nate Maness and win a dominant unanimous decision, earning 10 minutes of control time and only being hit with two significant strikes across the entire fight. 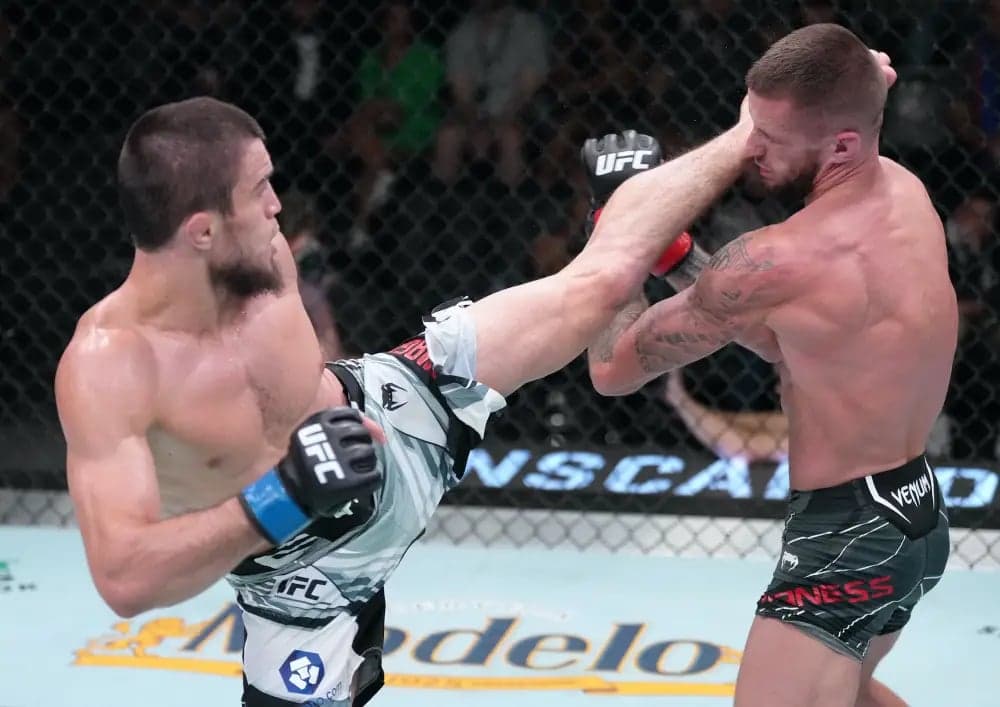 It was safe to say the Umar hype train was running full steam ahead.

The Future of Umar - Is Umar the Future?

Umar's next test will be this weekend against his most formidable UFC opponent yet, where he takes on 17-3 Raoni Barcelos in a clash on the main card of Strickland vs. Imavov. The oddsmakers have Umar entering this fight as a massive favorite (-700), meaning the oddsmakers have a lot of confidence in Umar Nurmagomedov. So check back to Verdict after this weekend of fighting to see if the rising, undefeated, impressive prospect can keep his perfect record in one piece and move further up the Bantamweight ladder.