An electrifying top-10 matchup between Song Yadong and Ricky Simon has just been announced for UFC Fight Night 223 at an undetermined location, per Marcel Dorff.

Simon holds a professional record of 20-3 (7-2 UFC) and is currently ranked #10. His notable wins include Merab Dvalishvili, Rafael Assuncao, and Brian Kelleher.

Yadong's last fight was a main-event spot against Cory Sandhagen. He would find continuous success throughout the fight but suffered a brutal cut over his eye, forcing the cage-side doctor to stop the bout while it was 2-2 heading into the 5th. Yadong is a dangerous striker with well-rounded grappling and is one of the best prospects in the division at barely 25 years old. 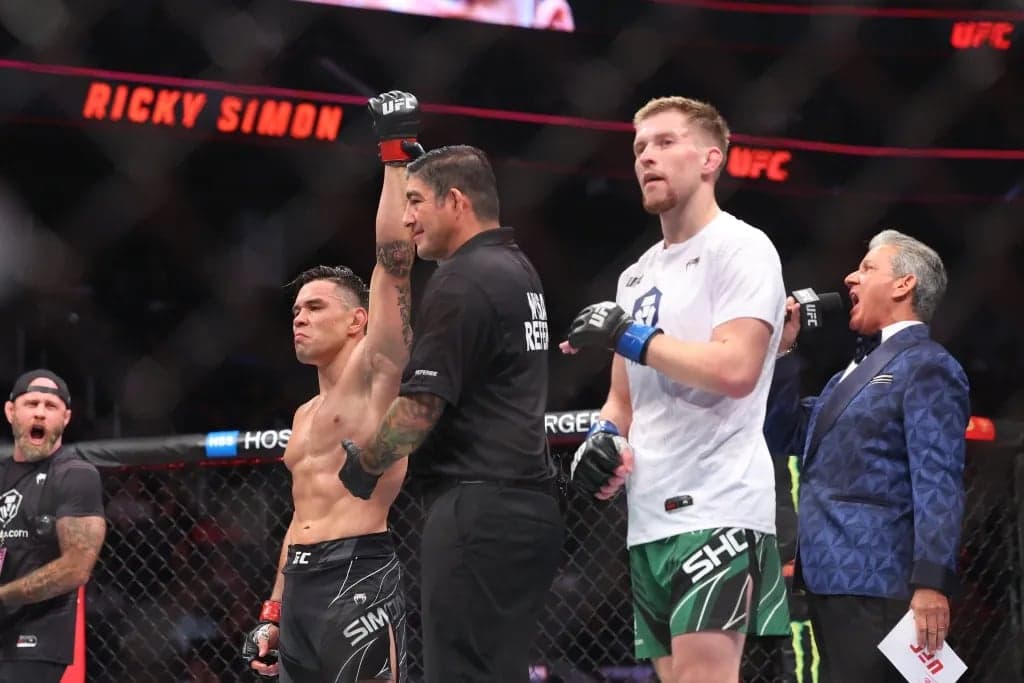 Simon is riding a five-fight winning streak and capped it off by silencing the doubters in his last matchup when he dropped and submitted Jack Shore, taking his undefeated record. His only UFC losses are to Hall of Famer Urijah Faber and top contender Rob Font, and since then, he's looked better than ever with his incredible grappling and ever-improving striking.