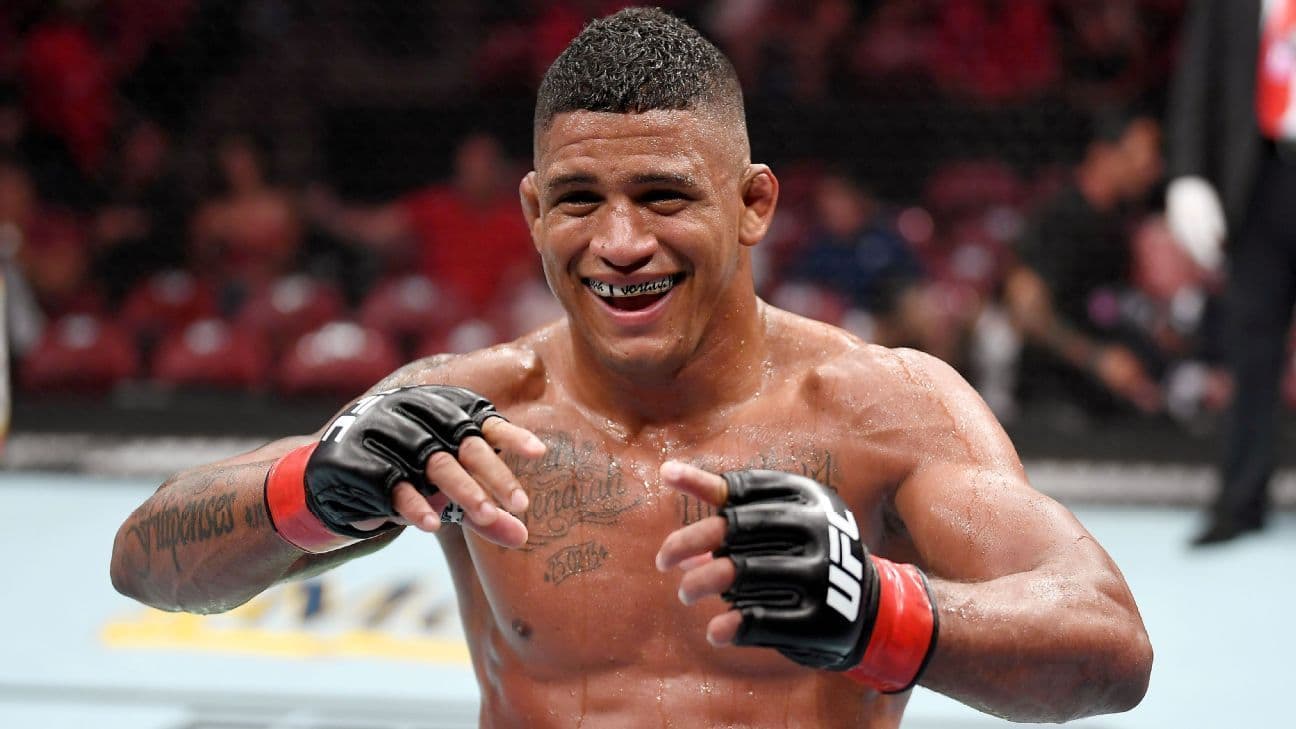 Gilbert Burns vs. Neil Magny Being Finalized For UFC 283 in Brazil

Per Brett Okamoto, Gilbert Burns and Neil Magny will throw down at UFC to 283 on Jan 21st in Rio de Janeiro, Brazil.

To be honest, I was looking to fight Belal Muhammad or someone ranked higher, but [Neil Magny] called me out. You're not going to call me out, go to Brazil, and beat me.
- Gilbert Burns on why he accepted this matchup.

This fight takes place in the Welterweight (170 lbs) division.

Gilbert Burns holds a professional record of 20-5-0 and is currently ranked #5. His notable wins include Stephen 'Wonderboy' Thompson, Demian Maia, and Tyron Woodley.

Neil Magny holds a professional record of 27-9-0 and is currently ranked #13. His notable wins include Robbie Lawler, Carlos Condit, and Johnny Hendricks.

Magny is 3-2 in his last 5, picking up wins over Daniel Rodriguez, Geoff Neal, and Max Griffin while dropping fights to Michael Chiesa and Shavkhat Rakhmonov. He looked as good as ever though in his last performance vs. Rodriguez, earning a bonus-worthy 3rd-round submission.

Gilbert Burns' last fight was a razor-close war against Khamzat Chimaev at UFC 273. Although he lost the decision, his stock couldn't have gone higher after the bout. Burns has only lost to the best and always pushed them to their limits, as showcased in his title bout vs. Kamaru Usman, where he nearly knocked the champ out in round 1.

Gilbert Burns looks to pick up a win on home soil at UFC 283. Credits to: Zuffa LLC

With Khamzat Chimaev seemingly focused on Middlewight, this fight could have heavy implications on the division's title picture.