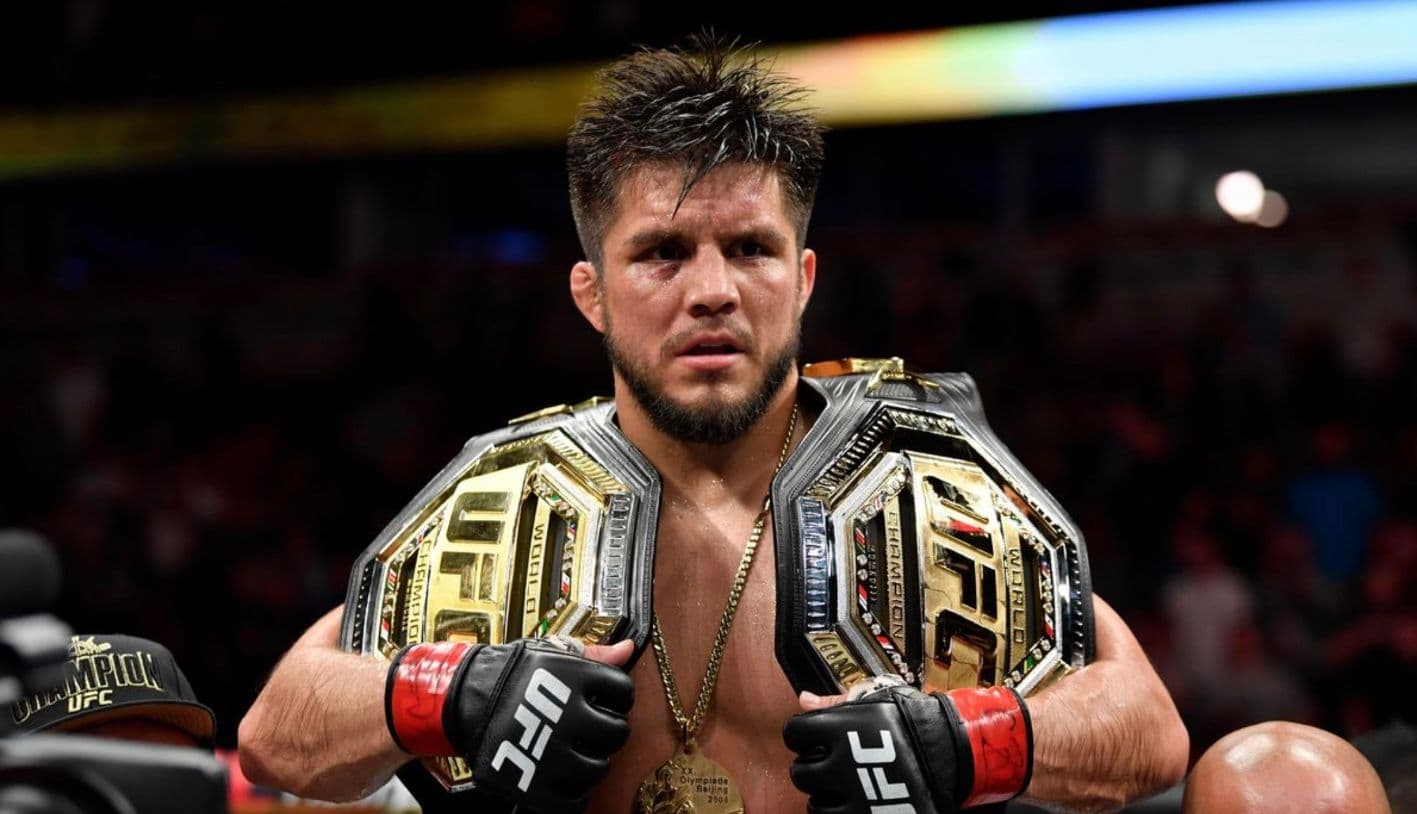 The UFC is looking to make Henry Cejudo's return to mixed martial arts against Aljamain Sterling at UFC 287 at an unkown venue likely in Sterling's home state of New York, and the bout is currently being targeted on by the promotion per Damon MArtin and Mike Heck Jr.

This 5-round title fight takes place in the Bantamweight (135 lbs) division.

Aljamain Sterling is the UFC Bantamweight champion and holds a professional record of 22-3. His notable wins include TJ Dillashaw, Petr Yan, and Cory Sandhagen.

Henry Cejudo is the former UFC Flyweight and Bantamweight champion and holds a professional record of 16-2. His notable wins include Demetrius Johnson, Dominick Cruz, and TJ Dillashaw.

This fight has been brewing since early 2021 when Sterling first won the title. The two have had multiple face-offs, social media scuffles, and even met up for a podcast inside Cejudo’s home.

Sterling fought last at UFC 280 where he made short work of TJ Dillashaw. He finished him with ground and pound in the 2nd round after landing 148 strikes to 13. There was controversy surrounding the win, however as Dillashaw dislocated his shoulder early in the fight. He told fans that it completely blew in April of this year and that he must’ve dislocated it at least 20 times in training.

His teammate Cub Swanson revealed that just weeks out from the fight, TJ was completely unable to lift his arm during training or his daily life. Sterling’s win is extremely impressive and will become a large part of his legacy, but it will always be marred by controversy.

Henry Cejudo last fought at UFC 249 in May 2020 where he defeated Dominick Cruz by knockout in the 2nd round. Following the win, Cejudo retired from MMA as the Bantamweight champion of the world.

His incredible resume in the sport is perhaps topped only by his Olympic gold medal in freestyle wrestling. He competed at the 2008 Beijing Olympics and became the youngest-ever gold medalist in his category.

Cejudo has cemented himself as an all-time great in the sport and Sterling is on the way to doing so. A win for either man would catapult their legacies to another level.

It is important to note that contracts have yet to be issued to the fighters, and no date is yet confirmed as Aljamain Sterling is currently dealing with a bicep injury that may sideline him for an extended period.