Dan Hooker announced in an interview with TheMacLife that he will be fighting top 10 opponent Jalin Turner at UFC 285 on March 4th at the T-Mobile Arena.

This fight takes place in the Lightweight (155 lbs) division.

Jalin Turner holds a professional record of 13-5-0 (6-2 UFC) and is currently ranked #10. His notable wins include Brad Riddell, Jamie Mullarkey, and Uros Medic.

Dan Hooker holds a professional record of 22-12-0 (12-8 UFC) and is currently ranked #11. His notable wins include Claudio Puelles, Nasrat Haqparast, and Paul Felder.

Riding the longest finishing streak in the UFC right now at five, Jalin Turner has all the momentum behind him. His UFC career got off to a rocky start against Vicente Luque at Welterweight, but since moving down a weight class has gone 5-1 with five straight wins inside the distance. He capped off this streak with a 0:45 submission over Brad Riddell at UFC 276 last year. With a well-rounded game of deadly strikes and submissions, he'll look to continue it against Riddell's teammate next. 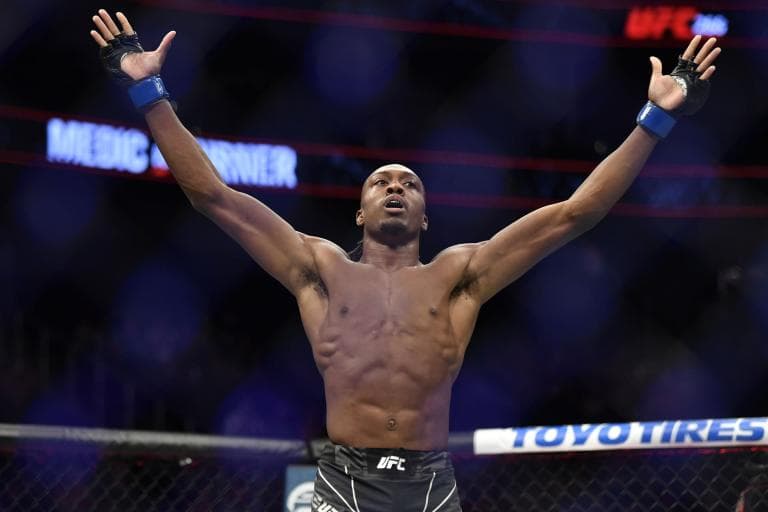 Hooker's been there and done that in the UFC's Featherweight and Lightweight divisions, recently snapping a 1-4 streak in which he dropped wins to only the best of the best in Dustin Poirier, Michael Chandler, Islam Makhachev, and Arnold Allen. Recently, however, he's gotten back to his winning with a 2nd-round body kick knockout. Known for his striking "The Hangman," Dan Hooker got his nickname from his deadly guillotine chokes early on and has finished multiple UFC opponents with them.

This fight should be good, with a combined 31 finishes and some impressive stats between the two. Let us know your prediction in the comments below.