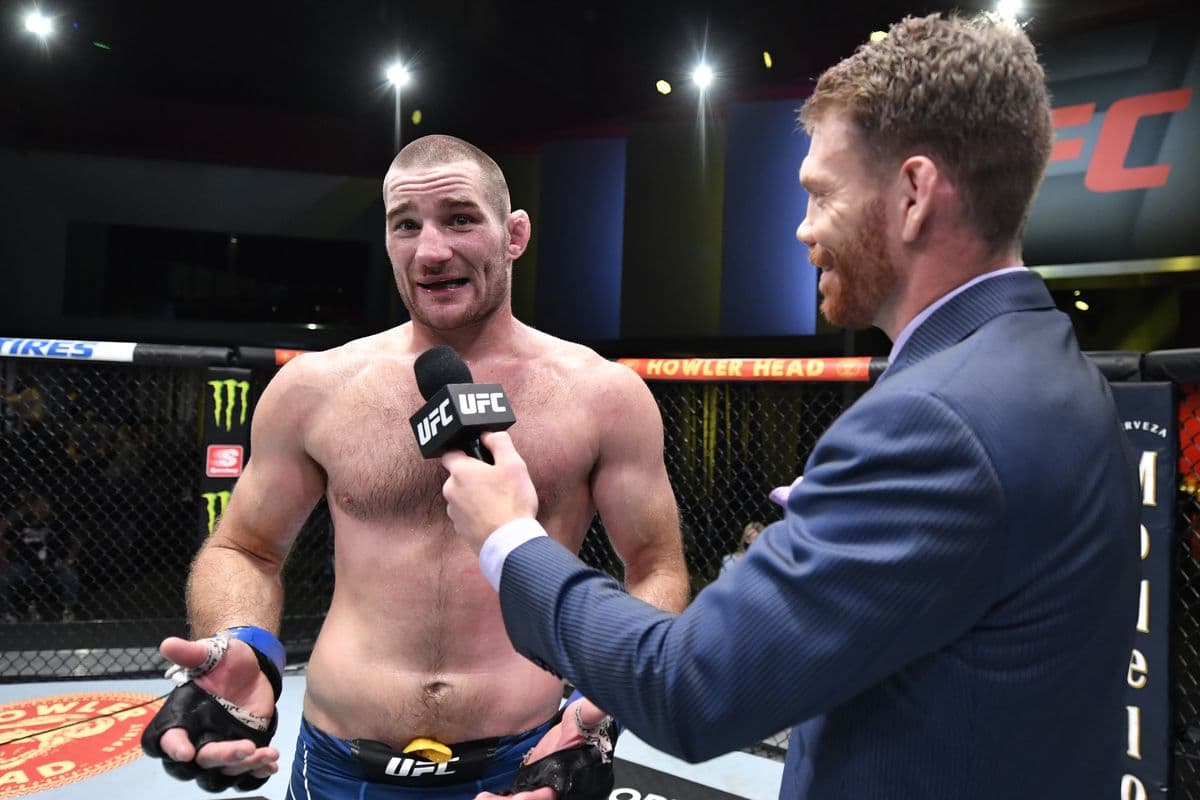 The final card of the year is here, and it will be a Middleweight main event between Jared Cannonier -115 and Sean Strickland -106 from the UFC Apex in Las Vegas, Nevada. This card features talented up-and-comers at Lightweight, with Arman Tsarukyan -200 taking on Damir Ismagulov +160.

High ranking Middleweight clash to close out the year. Jared Cannonier has used his power to drop most men he's fought in this division, although his output could be higher. Sean Strickland uses a lot of forward pressure and constant jabs to wear on his opponents; he also has an underrated grappling game which he rarely uses offensively but helps him on defense.

I'll take Strickland as if he can avoid a big shot; he should win a decision or even score a late finish of his own.

Can't miss matchup here at Lightweight between red-hot prospects. Arman Tsarukyan has shown a well-rounded game with an excellent ability to get damage off while controlling opponents. Damir Ismagulov has proven to be an elite striker with a solid ground game of his own.

This matchup is tough to predict; however, I am confident it will go over 2.5 rounds as both fighters are skilled and defensively responsible.

Good showcase for a top prospect here at Flyweight. Amir Albazi has been dominant lately, showing a very high-level grappling attack, with many believing he is ready to charge the top of the division. Alessandro Costa makes his UFC debut here on short notice and comes in with a good submission game.

Albazi should dominate this fight as his opponent comes in on short notice, and he is one of the best prospects in the Flyweight division right now.

High pace action is expected in this Featherweight clash between veterans. Alex Caceres had his five-fight win streak halted his last time out, but he is proving to be a dangerous grappler after all this time in the UFC. Julian Erosa uses his cardio as a weapon with relentless pressure on the feet and the ground.

This is a good matchup for Erosa, as he should be able to defend the submission attempts and win using his striking.

Fun matchmaking here at Lightweight. Drew Dober has put on some wild fights lately, showing crazy durability along with solid power in his hand. Bobby Green has hung around for a long time using his unique striking style, which can be difficult for opponents to adjust to.

I've got Dober in this one, as he has competed well with many at the top of this division, and I think he has more left in his career than Green.

An exciting matchup here at Middleweight between finishers. Cody Brundage is a wrestler who has also shown knockout power. Michal Oleksiejczuk has settled in at Middleweight which seems best for him as his power translated well in his last showing.

I'll take Oleksiejczuk here, and I think he finishes the fight as he looked great after moving down to this weight class, and I expect that to continue.

Clash of styles here at Strawweight. Cheyanne Vilismas is a good striker who is very aggressive. Cory McKenna has shown a lot of potential but also many concerns as she has struggled when forced to stand in fights.

It is hard to trust McKenna, but this is a close fight if she lands any takedowns, so I'll lean with her at this price.

The Verdict sleeper fight of the week is set to be a banger at Welterweight. Jake Matthews joined the UFC very young and is starting to round out his game, with his striking being the focus of his last fight. Matt Semelsberger is a tricky and powerful puncher, although he does not have much ground game.

This line is way too wide, as I believe this will mainly be a striking match, and even though Matthews has shown great improvements to his striking, Semelsberger is a very powerful puncher who is not to be counted out.

This is an incredible matchup of skilled young fighters in the deep Bantamweight division. Said Nurmagomedov has made a name for himself in the UFC using his slick grappling and unorthodox striking. Saidyokub Kakhramonov made a statement with his win over the highly touted Ronnie Lawrence in his last fight as he dominated from start to finish in all aspects of MMA.

I'll bet Kakhramonov here, as he seems the more consistent of the two fighters, and I am completely sold on him as a contender after his last showing.

Lightweight bout here that could see some good action. Maheshate is coming off a huge knockout win in his UFC debut, where he let it be known he is a striker with real power, although he did miss weight. Rafa Garcia has shown he is a consistent and durable fighter through his UFC run.

I'll lean with Garcia here as he appears to be the more well-rounded fighter with more ways to win this matchup.

An interesting matchup to watch here at Welterweight. Bryan Battle looks to follow up his highlight knockout here to continue his run down in weight. Rinat Fakhretdinov has shown a strong wrestling game since joining the UFC.

I've got Fakhretdinov here, as I don't see how Battle can deal with his wrestling threat.

One of the best fights on the card in the early going here at Flyweight. David Dvorak is a veteran grappler. Manel Kape has shown his power and creativity in his last few fights after a tough start to his UFC run.

I'll pick Kape by knockout as he has such explosive capability, but it is tough to back him at this price against a tough matchup.

Fun matchup at Bantamweight to start off the card here. Sergey Morozov has shown a complete game in recent performances being able to compete in striking while using his grappling at effective points in the fight. Journey Newsome is very explosive and likes to push the pace.

I like Morozov here, but at this price, it is difficult to lay the money on him with questions about his defense and against a dangerous opponent.