This edition already went out on January 13, 2023. Subscribe to never miss an edition. 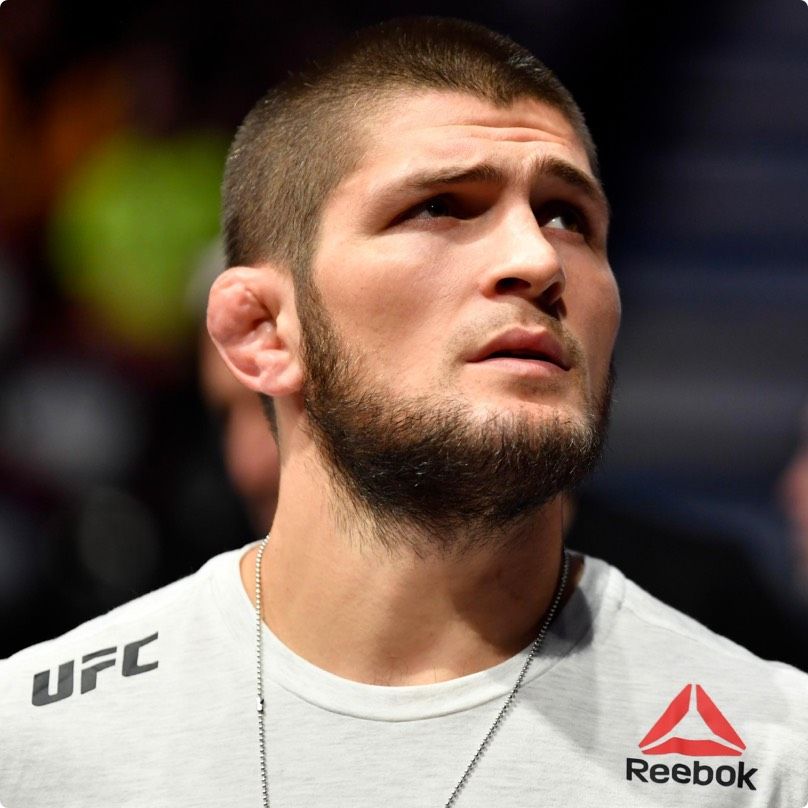 After several weeks without action, 2023 is about to kick off this weekend for fight fans as the first UFC event takes place at the Apex. As the fights are back, several news stories have begun to develop and we talk about them all in this week’s edition of OverUnder.

Justin Gaethje vs. Rafael Fiziev is in the works.

James Krause worked as an agent for an offshore sportsbook.

Sean Strickland is stepping in for Kelvin Gastelum to fight Nassourdine Imavov.

Dana White won’t be suspended or take a leave of absence.

Mike Jackson challenged Jake Shields to a boxing fight at a gym.

KSI regrets not picking Tyron Woodley for a fight over Dillon Danis.

What we're going to discuss today.
Khabib Nurmagomedov is stepping away from coaching

When Khabib Nurmagomedov retired from fighting in October 2020, we learned that he values loyalty to his family more than anything else. He retired from fighting as the pound-for-pound #1 fighter in the world because he made a promise to his mother. Though he stopped fighting, Khabib remained an active member of the sport as he transitioned into coaching. 2022 marked his first year as a full-time coach and saw him achieve great success. He coached Islam Makhachev into flawlessly becoming the UFC Lightweight Champion and coached Usman Nurmagomedov to becoming the Bellator Lightweight Champion. Khabib went 10-1 as a cornerman in the UFC in 2022 and he won the coach of the year award for many publications.

As suddenly as his fighting career ended, his coaching career has ended in the same way. Khabib Nurmagomedov is stepping away from coaching to spend more time with his family. His friend and former head coach Javier Mendez confirmed this news to Submission Radio, stating that Khabib will stay home and no longer corner fighters. Khabib’s former teammate and long-time friend Daniel Cormier also confirmed the news when speaking with his colleague Ryan Clark on their show DC & RC.

Khabib propelled himself to superstardom after defeating Conor McGregor. Not only did he become popular in the combat sports world, he became an icon to Muslims around the world that never watched MMA before Khabib. However, the glitz and glamour that comes with superstardom is always something Khabib struggled with. At his core, he’s a simple family man that likes to keep a low profile, but that’s something he can’t do while he’s always on the road cornering his fighters. He’s already fulfilled his father’s plan by coaching Islam Makhachev to become the Lightweight Champion. The next generation of Dagestani fighters will have to achieve success without Khabib in their corner.

What could make things even more complicated is if Marlon Vera defeats Cory Sandhagen next month. If Vera is successful, how do you give Sean O’Malley a title shot over Marlon Vera when you consider that Vera finished O’Malley by 1st round TKO? Another twist to the division is 3rd rank Bantamweight Merab Dvalishvili who is killing off contenders while refusing to fight his teammate Aljamain Sterling for the title.

Does Sterling’s hitman Merab Dvalishvili keep killing off contenders before they can fight Sterling? We might see a big logjam in the Bantamweight division in the coming months.

The return of Tatiana Suarez

One of the best Women’s pound-for-pound fighters in the world, Tatiana Suarez will make her long-awaited return to action on February 25th when she takes on Montana De La Rosa. Newer fans might not be familiar with Suarez, who’s been sidelined with injuries since June of 2019 when she defeated Nina Nunes. Suarez has suffered multiple injuries that have kept her away from the Octagon for nearly 4 years. Suarez is undefeated at 8-0 and has finished the likes of Carla Esparza and Alexa Grasso.

Carla Esparza is a 2x UFC Strawweight Champion that’s known for taking down opponents and grinding them out. Tatiana Suarez ragdolled Esparza and finished her by TKO on the mat. Many considered her the female version of Khabib Nurmagomedov when she was climbing through the Strawweight ranks. Suarez will return to competition as a Flyweight when she takes on De La Rosa next month. Given the current state of the Women’s Flyweight division, it’s not crazy to think that Suarez could be granted a title shot against Valentina Shevchenko if she wins in impressive fashion next month. On paper, this would be one of the most difficult challenges of Shevchenko’s career.

Tatiana Suarez is no stranger to bouncing back from adversity. While training for the 2012 Summer Olympics as a wrestler, Suarez was diagnosed with Thyroid cancer. She overcame cancer and became one of the most dominant fighters in the world. She gets her chance to restart her MMA career next month. Henry Cejudo breaks down Andrew Tate's fighting ability
Cejudo makes his prediction on who he'd think would win in a fight between Andrew Tate and Jake Paul. Dan Hardy breaks down Sean Strickland vs. Nassourdine Imavov
Hardy returned to the war room to break down the first UFC main event of 2023. Gervonta Davis lands a clean left hook
Davis continues to prove he's one of the best pound for pound boxers in the world.