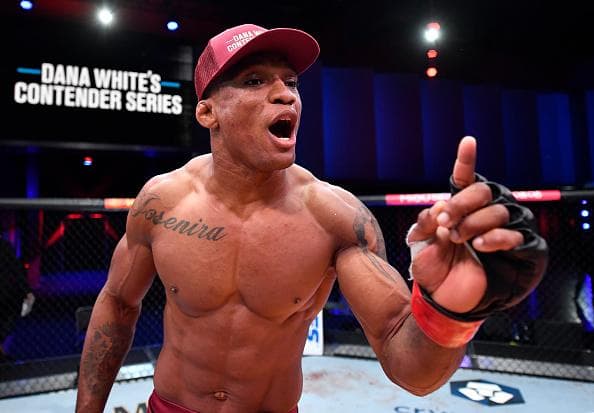 3 UFC Heavyweights who will be Ranked in 2023

The UFC sheds plenty of light on the fighters who rank among the top 15 of their division, but many fighters are chomping at the bit for their opportunity to crack these rankings. I'll review each weight class this month and highlight some of the best-unranked fighters in each division. All of these warriors are likely one to two fights from a number next to their name and could get it done in the next year. Let's get started!

*Quick Note: I was inclined to put Jon Jones on this list, as even a loss in his heavyweight debut would likely place him among the top 15, but that's no fun. Just fight, Jon, just fight.

Perhaps the scariest prospect in the entire division, Jailton Almeida rides a 12-fight win streak heading into a matchup with 14th-ranked Shamil Abdurakhimov in Brazil. The UFC is clearly setting him up to be the next Brazilian heavyweight star and with great reason. Almeida has shown a fantastic grappling skill set but also has the standup ability and knockout power to get the fight done on the feet if needed. With zero glaring weaknesses at the moment, Almeida possesses a level of intrigue that heavyweight hasn't seen since Cyril Gane and Tom Aspinall. 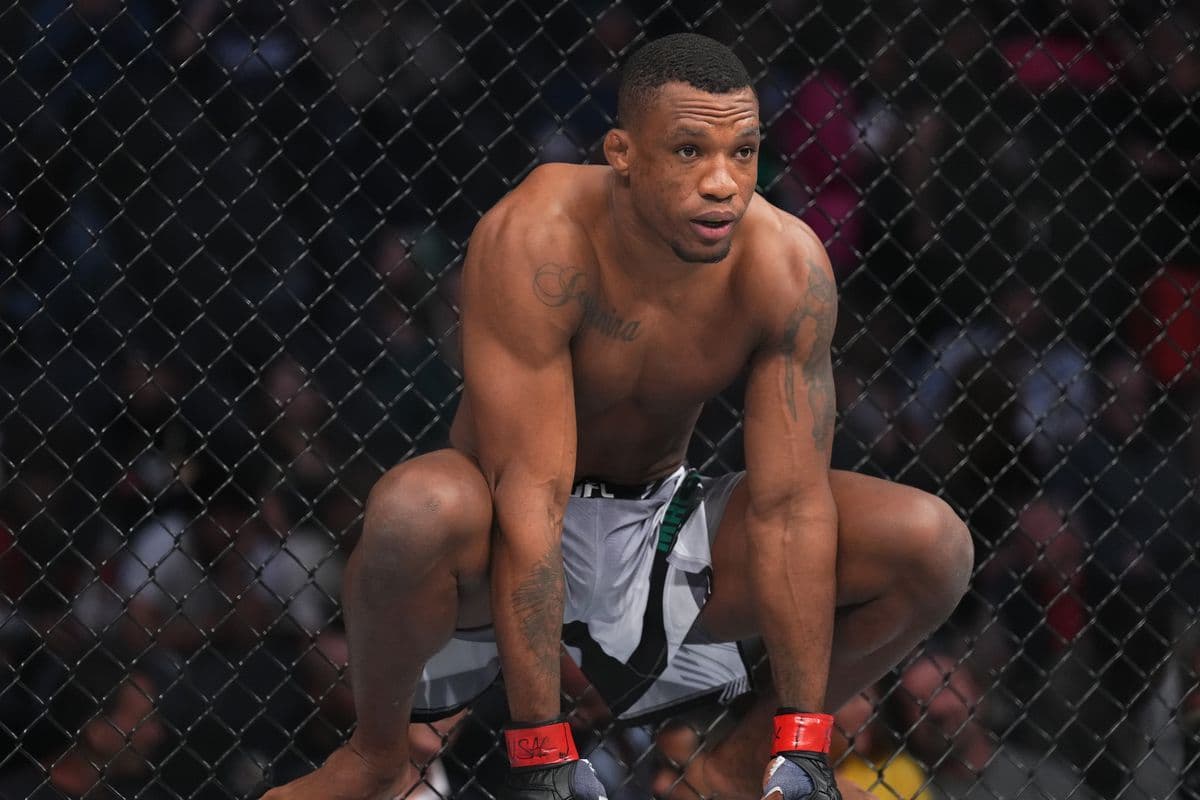 Since his contender series KO in late 2021, Martin Buday has turned in two strong performances in the UFC. Most notably, he beat Chris Barnett by decision in April, putting him firmly ahead of the fan favorite. While Buday is still looking for that official first UFC finish, he presents a well-rounded skillset that certainly poses a difficult challenge for future opponents. Without a fight scheduled for 2023, it would be nice to see him fight fellow contender series prospect Waldo Cortes-Acosta to see who deserves a ranked matchup in late '23. 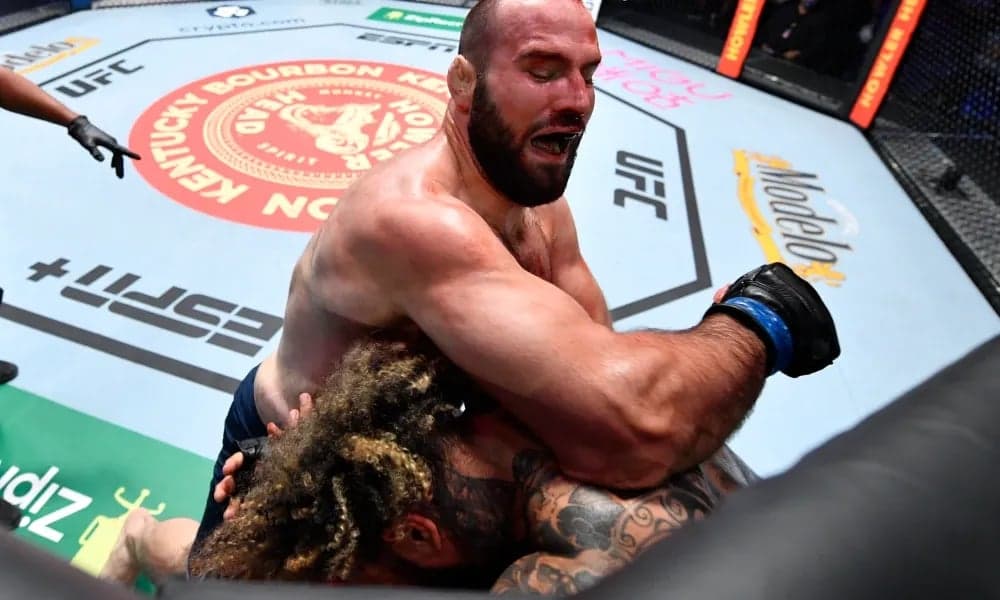 Rounding out the main three on the list is a familiar face in Augusto Sakai, who may also have the best beer belly in the UFC. Sakai has lost his last four fights and has consequently found himself unranked for the first time since beating Andrei Arlovski in April 2019. However, all four of those losses came to ranked fighters. The reality is that Sakai has been fighting actively among the best of the best, and we've seen fighters like Tai Tuivasa make impressive runs in the heavyweight division after getting their confidence back with a win. Sakai fights Don'Tale Mayes in February, which should get him back on track. He sits slightly on the outside of the rankings at the moment, but with two main events under his belt already, the UFC wants to push him forward. 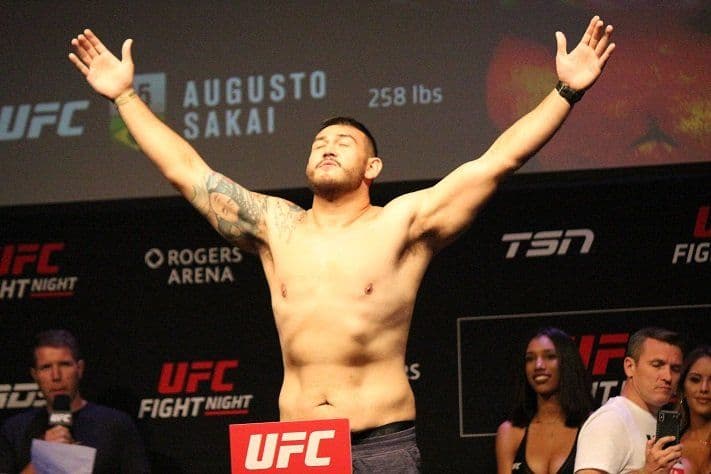 Marcos Rogério de Lima takes the first honorable mention spot following an impressive first-round RNC finish of UFC legend Andrei Arlovski. Arlovski was riding a four-fight win streak before this loss. De Lima made a lasting impression, given that his submission came faster than Tom Aspinall, who choked Arlovski out in the second round. Despite his success, de Lima came just short of making the actual list due to his performance before the Arlovski fight, where he lost a UD to 15th-ranked Blagoy Ivanov. At 37 years old, it's difficult to see a path for de Lima to crack the top 15 with regards to who he would fight to make the rankings – losses to the 13th and 15th ranked guy firmly entrenches him in that top 16-20 range for the foreseeable future. 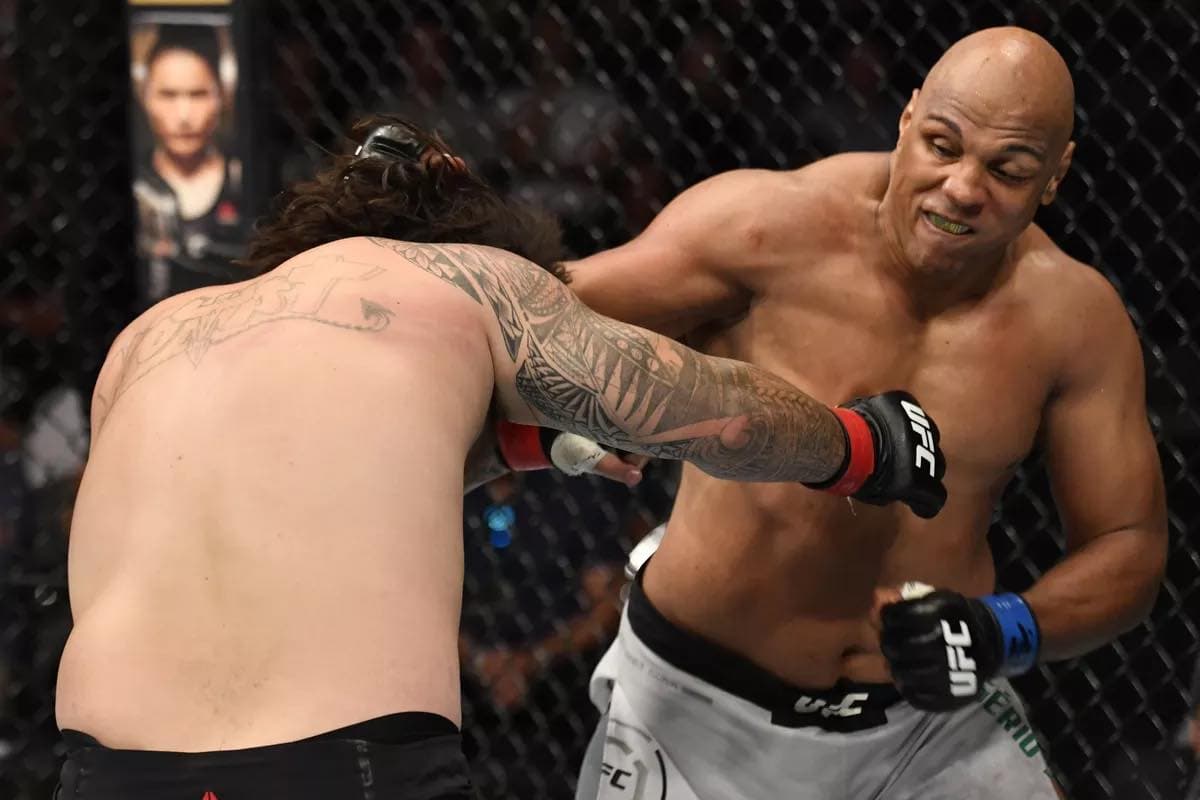 Chris Barnett's record is likely the most checkered among the fighters on this list, but "Beast Boy" managed to make the honorable mentions through sheer entertainment value. While a 2-2 UFC record puts him a few fights away from getting a ranked opponent, Barnett will surely be fast-tracked into a matchup with a well-known opponent due to his colorful personality and highlight-reel performances. His comeback win against Jake Collier was capped off with a memorable post-fight speech, and who could forget his wheel kick KO against Gain Villante? 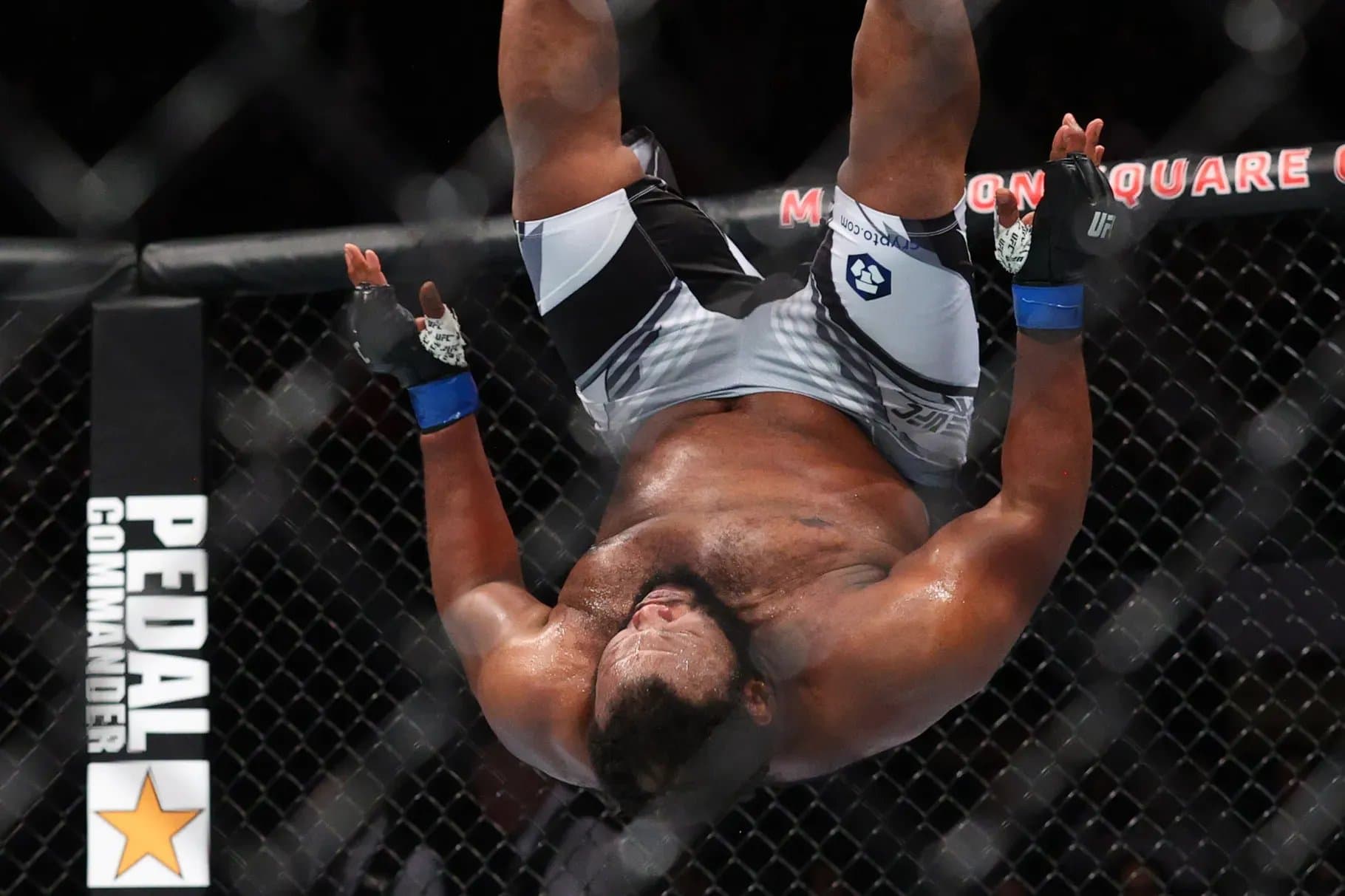 Chris Barnett celebrating after coming from behind to beat Jake Collier at UFC 279. Photo by Ed Mulholland-USA TODAY Sports

While Rodrigo Nascimento may have a different name value than Barnett, his recent performances merited him an honorable mention. After testing positive for a performance-enhancing substance by USADA for his 2021 fight against Alan Baudot, Nascimento proved his innocence. The fight remains a "No Contest" on his record, but the UFC knows he's on a two-fight win streak. His only loss came to 11th-ranked Chris Daukaus, so Nascimento will have another opportunity to climb the rankings if he keeps up his winning streak. 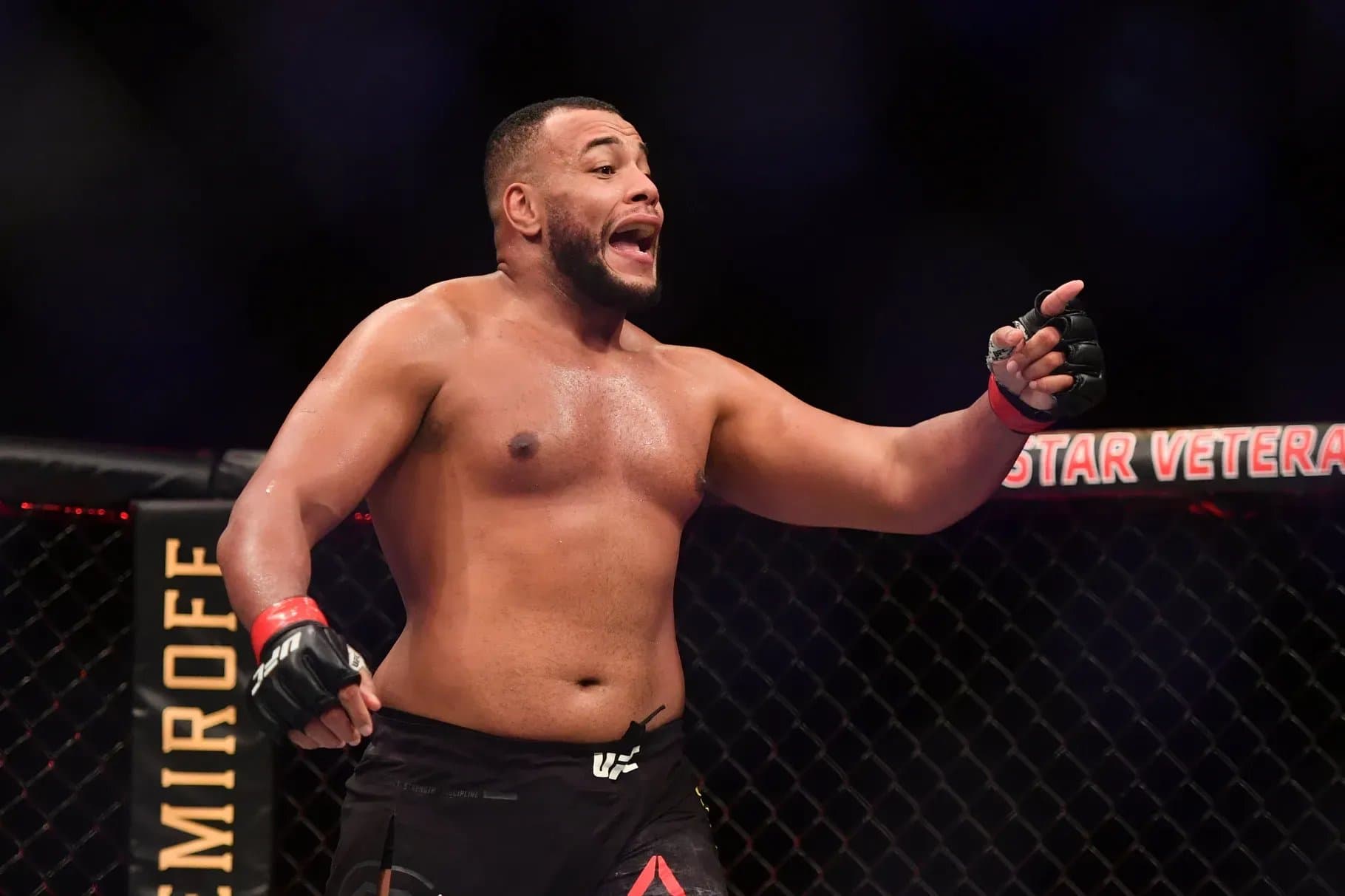 "Salsa Boy" Waldo Cortes-Acosta is almost interchangeable with Martin Buday in this list, given the similarities in their respective UFC track records. Both fighters have a knockout win in the contender series, coupled with two decision victories in the big show. The UFC must surely be excited to have a Dominican fighter to promote, and Cortes-Acosta has been as active as can be, having fought three times since August 2022 with the UFC. However, while this high activity level could lead to an early opportunity to break into the rankings, it can also be a counterproductive strategy regarding fighter performance. Cortes-Acosta prefers to keep it on the feet, and he would benefit from working on his ground game before taking that next step. We saw Lupita Godinez take a loss because of her ambition to get back in the octagon too quickly, and I fear that Cortes-Acosta could suffer the same fate. 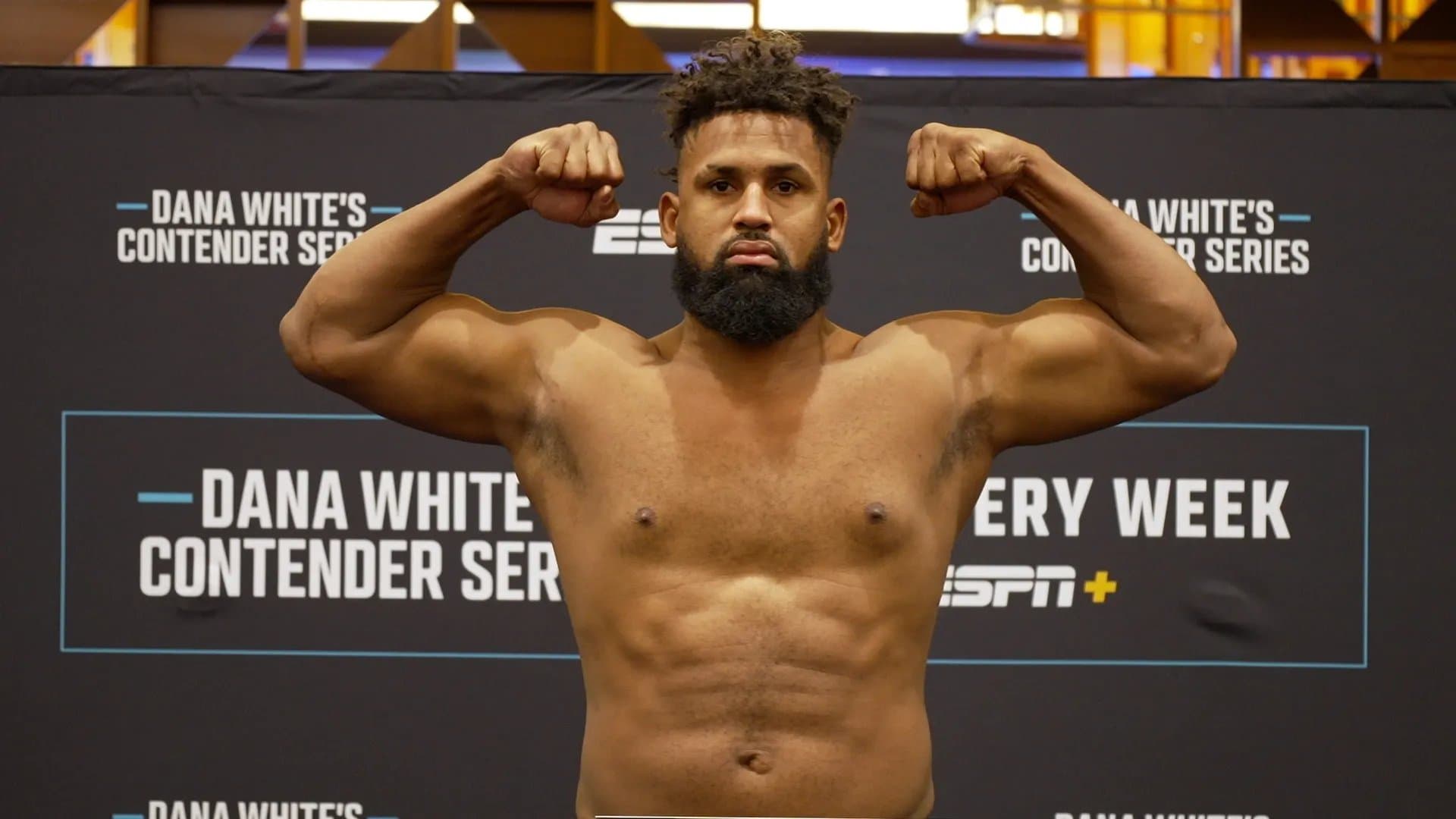 Waldo Cortes-Acosta weighing in at his Contender Series fight. Photo by MMAJunkie.com
ADVERTISEMENT

Last but not least (and likely the rawest prospect on the list) is Hamdy Abdelwahab, hailing out of Egypt. Hamdy won a close split decision against Don'Tale Mayes in his UFC debut, but fans may not understand how raw he was going into this fight. Hamdy is a Greco-Roman wrestler with Olympic experience who only started fighting MMA in October 2021. The UFC will surely take its time nurturing the prospect, but such impressive wrestling accolades will set him up significantly for success in a much more standup-heavy division. It may not even happen until 2025, but at 29, Hamdy has plenty of time to improve and make his mark in the UFC. Not to mention Dana's desire to expand the UFC's influence in Africa. 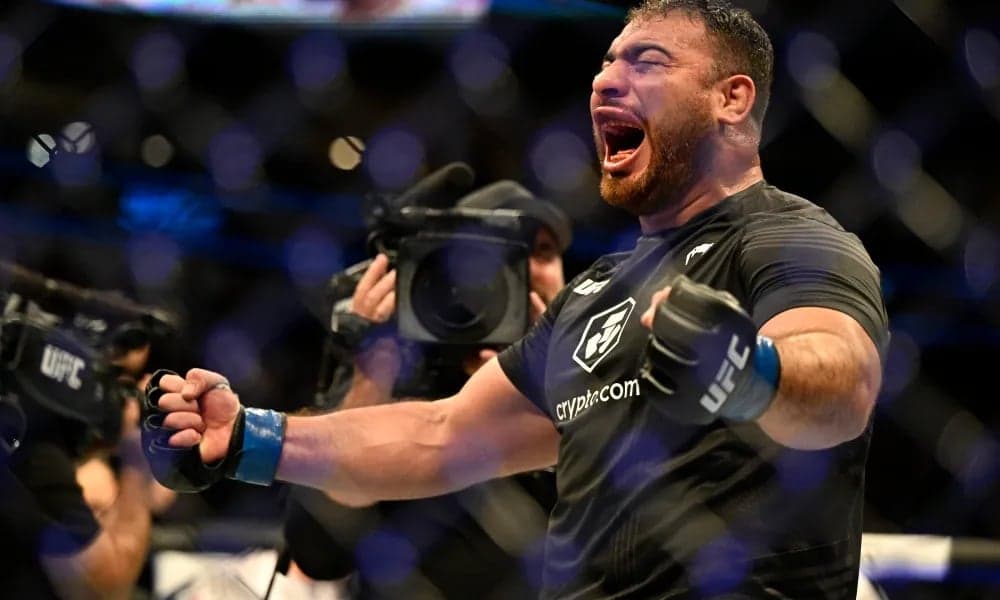 Hamdy Abdelwahab after winning his UFC debut. Photo from Kingfut.com
HOME OF COMBAT
Submit picks and score rounds with the Verdict MMA app.
Download on the App StoreGet it on Google Play