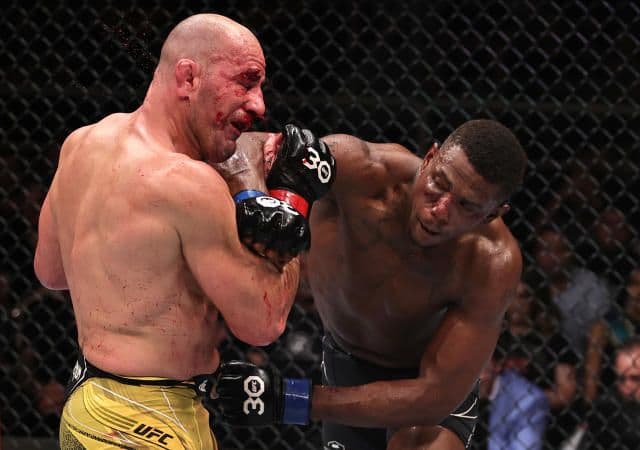 UFC 283 is an early front--runner for the event of the year. The UFC's return to Rio did not disappoint, with only 3 of 15 fights going to a decision. A new Light Heavyweight champion was crowned, and the most illustrated rivalry in the promotion's history was thoroughly put to rest.

Let's take a look at the results: 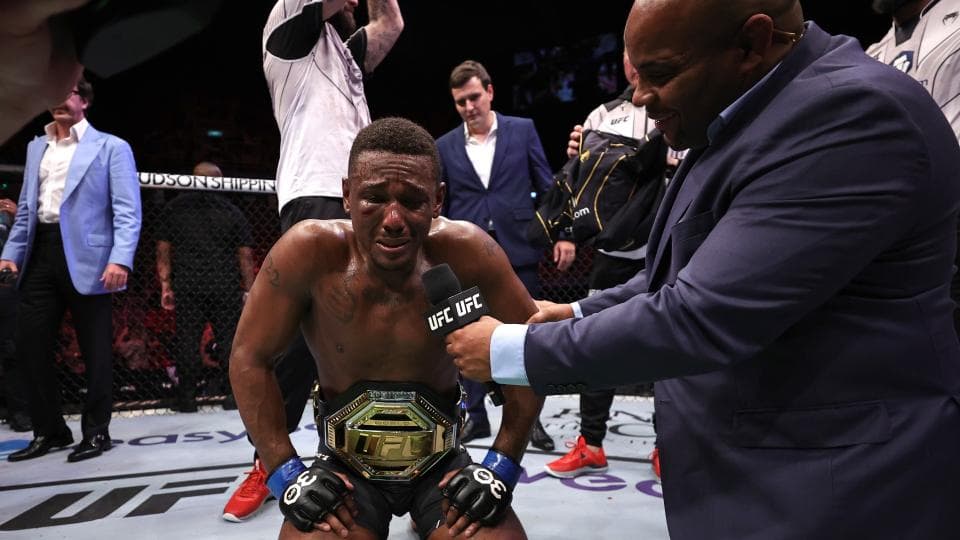 Dominant from start to finish, Jamahal was able to thwart the wrestling of Teixeira and go to work on the feet. Mixing up his target between the head, body, and legs, he set a new Light Heavyweight striking record on the former champ.

Perhaps his strongest effort yet, Moreno lived up to expectations for the 4th fight. Evenly matched in round 1, it was in round 2 that he began pulling away before landing a massive left hook in the 3rd, swelling the champion's eye shut. The doctor had no choice but to stop it in between rounds.

Burns wanted a finish and got one. After a short feeling-out process on the feet, he landed a massive right hand and secured the takedown. At first, he had some difficulty advancing positions due to Magny's length, but it was only a matter of time. He quickly made it to mount and locked up an arm triangle choke, forcing the tap.

Jessica Andrade just turned in the most dominant Verdict Scorecard in women's MMA history. Cries for the Murphy corner to throw in the towel were heard from all over the MMA world, many believing she was taking an unnecessary beating. But, alas, she made it to the final bell with only damage to show for it, and the fight was over.

Walker showed patience in this fight, waiting for the opportunity to strike rather than trying to make it. That opening came when Craig caught a kick and chased a single-leg takedown, leaving his head wide open. Walker pounded away with heavy strikes and immediately found the finish.

"The Duelist" Ihor Potieria came for a quick night at the office. He was willing to trade exchanges with Shogun until someone went down, and that someone wasn't him. A flurry of strikes hurt the former champion, and the finish came soon after.

This fight is what you call rising to the occasion. Bruno Ferreira was called in on barely a week's notice to take on Gregory Rodrigues in his UFC debut. Heavily undersized and underprepared, he came ready for battle nonetheless. He marched forward, slinging stones for fists until he eventually found the mark, putting Rodrigues to sleep.

A systematic breakdown and swift finish thereafter was the story of this fight. Moises constantly pressured the action and peeked for holes and openings. He brought the fight to the ground and exerted his strengths in that realm, soon finding the back and eventually his 2nd neck crank submission in a row.

There isn't much that can be said about this one, given how long it lasted. The two men came out swinging, and Lazzez shot first. But unfortunately, he found himself deep in a guillotine choke with no way out and was forced to tap. Gabriel capped off a 2-0 night for the Bonfim brothers.

Jailton Almeida showed why he was as big of a favorite as he was. He ate a huge right hand to start the fight, but it was all steam from there. He went completely airborne, slamming Shamil into the mat, and continued to out-grapple his opponent until finding the ground and pound finish in round 2.

Stamann made it 2 in a row after a close decision win. The fight was back and forth on the feet, with Stamann finding more success to the head but Lacerda gaining the control time advantage. It was anyone's guess as to who would get the judges' nod, but in the end, it was 'The Spartan.'

A complete shutout. Ismael Bonfim made the best out of his UFC debut, shutting down every offering Terrance had. He landed hard and often with crisp counters before finding the mark with a flying double knee, putting his opponent to sleep.

These two went to war early in the night. Dalby started strong, stuffing Alves' grappling attempts and landing heavy strikes. That steam carried over into round 2, but Alves made it a dog fight. By the 3rd, they were trading shots off each other's skulls in an absolute barn burner.

Heavily undersized in this matchup, Josiane Nunes struggled to find the mark early. She was constantly kept at range and countered by the larger opponent. However, once she began to land a few here and there, it became more frequent, and she eventually took over to win the unanimous decision.

Marcos was sharp and fast in his UFC debut, moving to 14-0 with this win. He cashed as a heavy underdog, eluding Saimon's strikes and stuffing five attempts to grapple. A heavy combination in round 2 sent his opponent down, and he unloaded with strikes, earning his first UFC career win.

It was a great night to be a UFC. What was your favorite moment of the night?