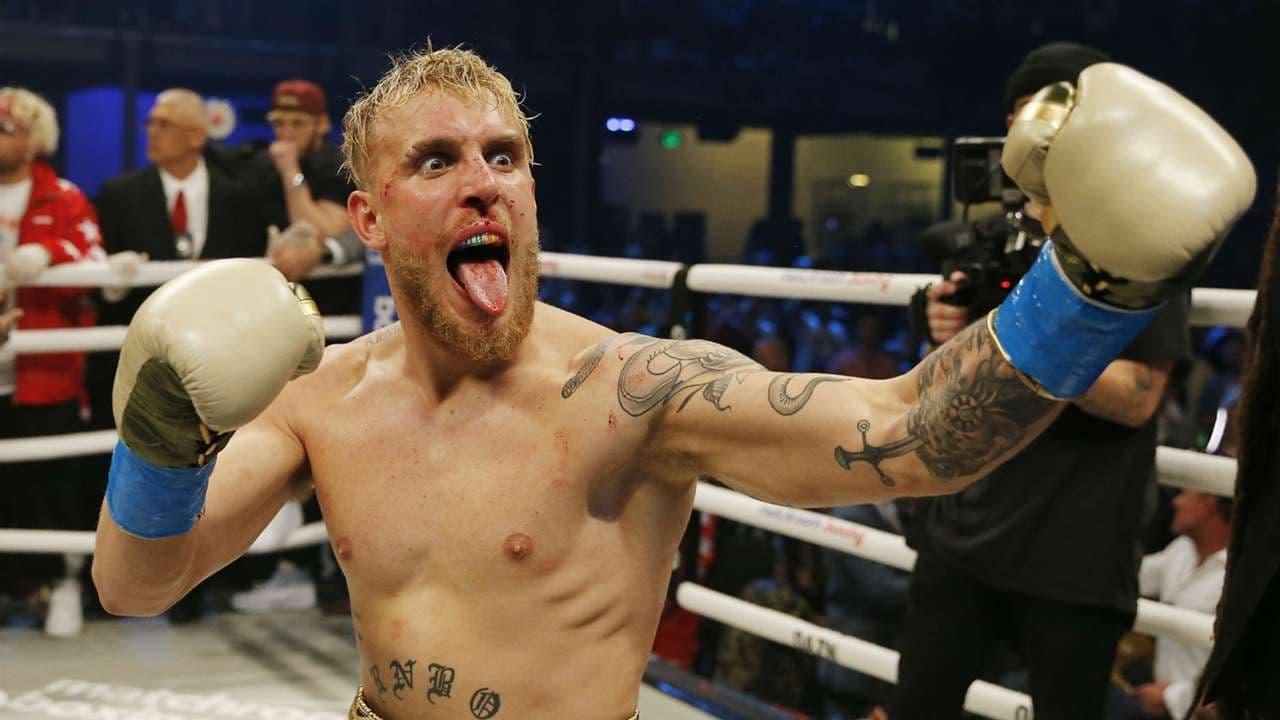 Jake Paul has officially announced his intention to become an MMA fighter, and the PFL has been happy to facilitate. We have seen past celebrity crossovers take varied levels of success; Brock Lesnar managed to go from WWE star to UFC Champion, but CM Punk looked like he didn’t belong in the sport. Paul is determined to pool his boxing experience with his wrestling pedigree and unlimited financial resources to make history and further his legacy as a new crossover breed.

Along the way, Paul will seek a top-level coaching staff to help him accomplish his goals. Several camps have already expressed initial interest, but he will favor a more personalized approach that accommodates his busy schedule. Trevor Wittman immediately comes to mind, but regardless of his choice of coach, Jake Paul wants to make a splash with his first matchup. Plenty of fighters have thrown their hats into the ring, and Jake has the luxury of taking his pick. Here are my most likely options!

None of the fighters who have made their interest known have been as loud as Kevin Lee (19-7). Lee Last fought Diego Sanchez in Khabib Nurmagomedov’s Eagle FC this past March 2022 and came out with a UD win. Lee's argument to fight Jake is predicated on his availability as “basically a free agent,” as well as his fight resume. 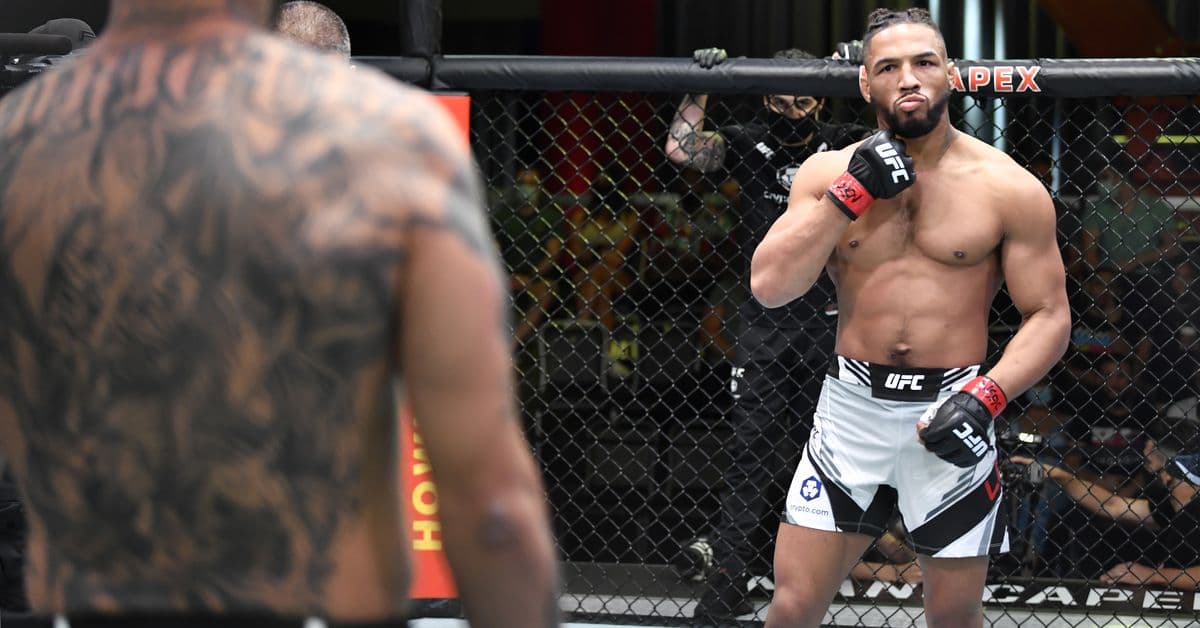 “He’s going to have somebody for real, for real. I’m the best option for that. I’m in my prime. I’ve fought the who’s-who of MMA. I’ve fought six different world champions.

“When you talk about Tony Ferguson, Charles Oliviera, Edson Barboza, Michael Chiesa, Rafael dos Anjos… There are so many guys that I’ve fought, and I’ve already been there and done that. And I’m still in the prime of my career.”

Lee is an attractive option because of his flexibility of schedule. Jake will undoubtedly need more time to hone his skills in the sport. Without an obligation to any big-time promotion, he offers a unique combination of name value and availability. Despite his age, it’s also possible that Lee is approaching the back end of his career, with continued declining performances in the past five years. Let’s see if Kevin Lee fits into all of this.

Another fighter who has sounded off about his desire to fight for Jake Paul, Mike Perry (14-8), would give the fans the most to laugh about in the buildup. Perry is a natural entertainer and has an equal ability to deliver on the mike that he does in a fight. “Platinum” has diverted his attention to Bare Knuckle Boxing since he lost two UFC fights in a row. That decision couldn’t have worked out more perfectly for Perry, putting him back on a three-fight win streak and back in the good graces of fight fans. Mike Perry in his bare-knuckle fight against Julian Lane. Photo by BKFC.

Perry told MMA Fighting that he initially had a boxing match scheduled for early 2023 and is still optimistic that it will happen.

“I’ll be ready,” he said. “I’m ready this weekend. I’m going to keep working, road work, lift some weights, eat healthy, just keep feeding myself and stay hungry. That’s me. That’s what I do.”

While Perry hasn’t fought MMA since April 2021, it’s conceivable that he could be convinced to make a return at the right price. Perry has legitimate boxing skills, and Paul could choose “Platinum” as an opponent in favor of putting on a fun fight that doesn’t stray too far away from the boxing game.

If Jake elects to pick his first opponent from the current PFL roster, the wisest choice would be Anthony Pettis (25-14). Like the rest of the fighters on this list, Pettis is entering the twilight of his career, posting a 1-4 record in his last five. However, despite his recent slide, “Showtime” remains dangerous in all areas of MMA, allowing Jake to test himself both on the feet and the ground. 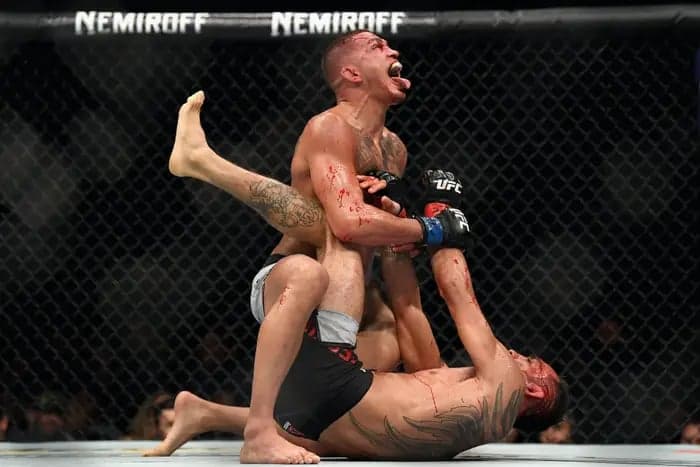 Anthony Pettis in his UFC fight against Tony Ferguson. Photo by Harry How, Getty Images.

Pettis expressed interest in the matchup via Twitter, saying, “More than happy to welcome you to MMA’s league if Nate isn’t available.”

Out of all of the fighters on this list, Pettis is a former champion of a major promotion (UFC). Even stepping into the cage against a fighter with Anthony Pettis’ experience would be an instant win for Jake Paul and a “told you so” to the people questioning Jake’s mettle as a fighter. While this option offers the least amount of hoops to jump through from a contractual perspective, a new challenge would be presented with athletic commissions. Pettis’ recent lack of success in the cage tells a different story from his sports accomplishments. If Jake Paul wants to fight Anthony Pettis, they must find an athletic commission to allow it.

If Jake Paul wants to commit to the MMA venture, the most brilliant option would be to fight Chris Avila (8-9). Paul has made no secret about wanting to fight Nate Diaz, but Diaz won’t feel tempted to follow Paul into the PFL – yet. Diaz’s response to Paul’s MMA move came from an Instagram picture of the Japanese promotion RIZIN, hinting that he prefers a more historically appreciative next step in his career. However, we all know that Diaz’s loyalty runs deep throughout his “army” based out of Stockton, CA. Former UFC and Bellator fighter Chris Avila presents an interesting Stockton compromise. Not only is Avila likely the lowest-level fighter on this list and, therefore, the one that is closest to Jake’s skill level, but he also has close ties to both the Diaz army and Paul’s recent events. Avila has fought twice on Jake Paul’s boxing events, going 2-0 on his undercard. Starting his foray into MMA with a matchup against the Stockton native would be the first step to building up an eventual Nate Diaz fight. The Diaz army notoriously travels together, so Nate would likely be present for the fight's buildup.

If Jake Paul wants to opt for a one-off fight and then focus more on his desire to improve fighter pay, a fight against Chris Avila won’t raise enough eyebrows. However, if the goal is to fight Nate Diaz eventually, Avila would be the perfect first fight.

Jake Paul’s boxing endeavors have partially been successful due to his intelligent choice of opponents. At every step of his boxing journey, Jake has slightly elevated the level of opposition at a rate that accommodates his improving skills. Due to the age and declining nature of his opponents, he can compensate for his lack of experience with athleticism and take the same route to secure his first MMA win. Diego Sanchez (30-14) is a legend of the sport – he debuted on the first season of The Ultimate Fighter in 2004 and is continuing his combat sports journey. Sanchez makes his bare-knuckle boxing debut in February against Austin Trout, a 36-5-1 boxer. Diego Sanchez after surving to a decision against Kevin Lee in Eagle FC. Photo by MMA Junkie.

In this fight, Sanchez can get back in the win column and make his pitch for higher-profile fights. The “Nightmare” last fought Kevin Lee after a two-year layoff and impressively went all three rounds against an experienced fighter over ten years his junior. In addition, Sanchez is finally rid of Joshua Fabia, his ex-coach who employed questionable training techniques and spearheaded the downfall of Sanchez’s UFC career.

Among Jake Paul’s options on this list, Sanchez provides the brightest opportunity to start his career on the right foot while keeping options open for the future. But, of course, it would also be nice to send Sanchez off with a boatload of cash.