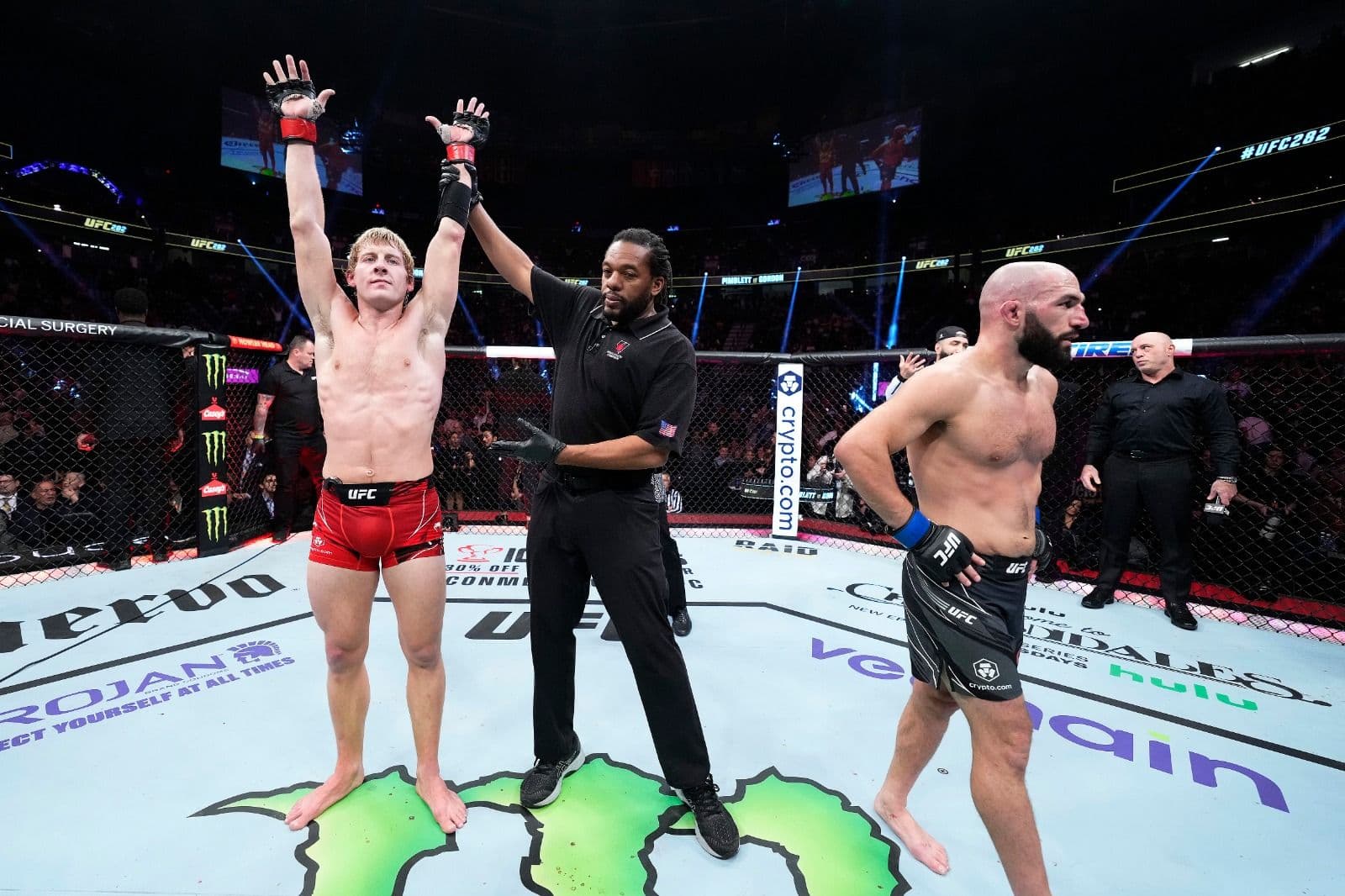 Paddy Pimblett with a controversial win against Jared Gordon during UFC282.

If an MMA fight doesn’t end by submission or knockout, three cage-side judges determine the winner of a fight. Judges score every round on a 10-point must system to determine a winner.

MMA decisions and MMA scoring have always been complicated and we see that every year with several controversial decisions. So, how does MMA scoring work? We created this guide to explain.

Unanimous decision: When all three judges score the fight for the same fighter.

Majority decision: When two judges score the fight for the same fighter and the third judge scores the fight as a draw.

Technical decision: If an accidental foul causes an injury severe enough for the referee to stop the bout after half of the scheduled rounds, plus one second of the fight has been completed, the bout will result in a technical decision awarded to the fighter who is ahead on the scorecards at the time the fight is stopped.

Majority draw: When two judges score the fight as a draw and the third judge scores the fight for a winner.

The 10-point must system

MMA scoring is based on the 10-point must system which was adopted from boxing. There are four scoreable options in MMA.

10-10: A round where there is no difference or advantage between either fighter.

10-9: When a fighter wins the round by a close margin.

10-8: When a fighter wins the round by a large margin.

10-7: When a fighter completely overwhelms their opponent in Effective Striking and/or Grappling and stoppage is warranted.

It’s rare that judges in the UFC score a fight 10-10 or 10-7. There’s only been one 10-10 score in the UFC since 2018 which took place at UFC Fight Night: Gane vs. Tuivasa when judge Christophe Chapuis scored the 3rd round between William Gomis and Jarno Errens as a 10-10. 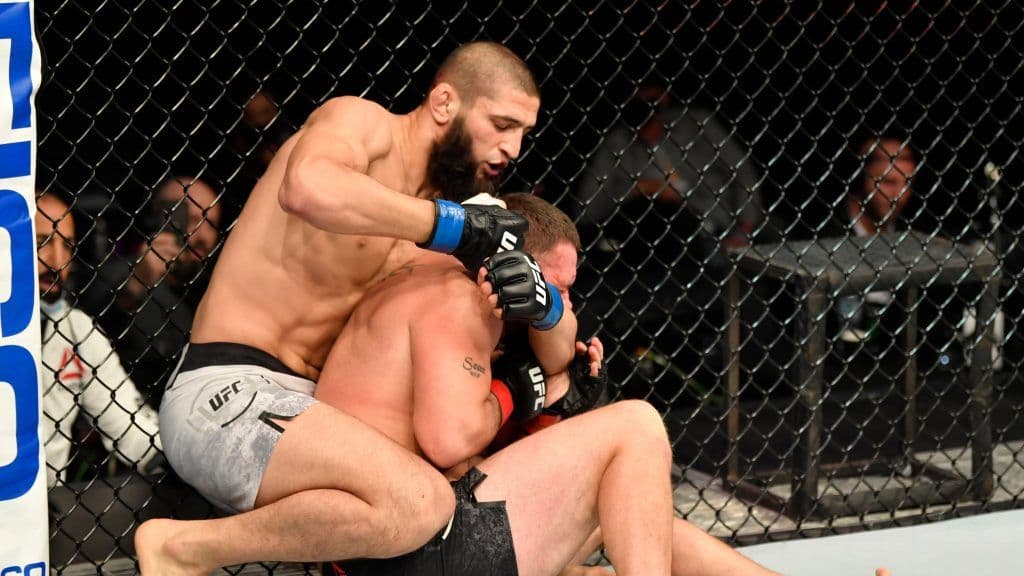 Effective Grappling: Successful execution of takedowns, submission attempts, reversals and the achievement of advantageous positions that produce immediate or cumulative impact with the potential to contribute to the end of the fight, with the immediate weighing more heavily than the cumulative impact.

Effective Aggressiveness: Aggressively making attempts to finish the fight. The key term is “effective‟. Chasing after an opponent with no effective result or impact should not render in the judges‟ assessments.

Fighting Area Control: Fighting area control is assessed by determining who is dictating the pace, place and position of the fight.

ONE Championship’s scoring criteria is different from the UFC, Bellator, and the PFL. If a fight goes to a decision, three judges will score the fight in its entirety, not round-by-round.

Judges utilize the following criteria in descending order of importance to determine the winner of the bout:

What is Open Scoring in MMA?

Open Scoring is when the scores of the judges are provided to the fighters after each round instead of after the fight. With Open Scoring, fighters know exactly where they stand on the scorecards. Invicta FC is the only major promotion in the US that’s allowed Open Scoring.

How the Verdict Scorecard works

When a round ends, Verdict Community members are sent a push notification to score a round. Tens of thousands of members of the community score rounds during every fight night. The average scores are displayed on the Verdict Scorecard which provides the most accurate representation of a fight. When you take the averages of thousands of people, you get the most accurate results. You see how close or how dominant a round is because the averages are broken down into decimal points. Many people including the GOAT Artem Lobov would like to see this adopted as the new MMA scoring system.

You can join the community and score rounds with fans across the world by downloading Verdict MMA on the App Store and Google Play.